Anxiety is the normal reaction to a stressor in a person’s environment. Everyone experiences anxiety due to small, everyday events. Some may be nervous about a job interview, getting married, or even paying a bill. These are all normal causes of stress.

An anxiety disorder is something entirely different, though. When someone experiences anxious feelings or nervousness constantly and for seemingly no reason, they could have an anxiety disorder, or anxiety nervosa.

Usually, the unrealistic amount of anxiety felt will interfere in that person’s daily life. It affect relationships and work performance. An anxiety disorder is, many times, paired with another mental health condition, usually depression. 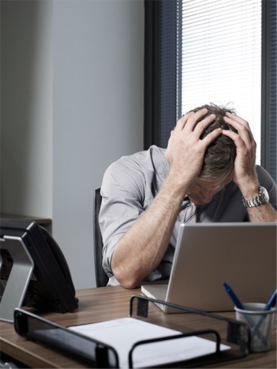 With proper diagnosis and treatment, it is possible to reduce the symptoms this disorder causes, and lead a happy, normal, less stressful life.

The symptoms of anxiety disorder vary with each person. Some may have more symptoms than others, or the symptoms may differ in severity.

Symptoms usually begin at an early age, during childhood or the teens, and can sometimes be paired with panic attacks.

Most commonly, there is an ever present feeling of dread for no apparent reason, and the feeling of constant worry is always nagging.

A person may feel restless or on edge, have difficulty sleeping, or feel fatigued all the time.

Some other symptoms of an anxiety disorder may include

Whatever causes anxiety disorders is not yet completely understood. It is most likely a combination of different things. There are many theories and ideas floating around on why people develop this disorder.

Neurotransmitters, such as seratonin, most likely play a big role in anxiety and other mood disorders. These are brain chemicals that transmit impulses across the gap between neurons. Seratonin, for example, helps to regulate a persons mood, among other things.

Low seratonin activity in the brain has been linked to a variety of mental disorders, including anxiety and depression. Studies have shown that ongoing stress can, in the long run, cause an imbalance in brain chemicals.

Severe trauma triggers anxiety disorders in people who are pre-disposed to it. Ongoing abuse, the death of a loved one, or a nasty break up could all possibly bring the disorder out in the open, or worsen it. A series of smaller stresses built up over a period of time – months or years – could have the same effect as one major traumatic event in a person’s life.

Many people wonder what puts someone at risk for developing an anxiety disorder. Who is most at risk? Is it something is born with, or is it a product of their environment?

Gender seems to be part of it. Females are two times more likely to be diagnosed with an anxiety disorder than men are. This is due, in part, to hormonal differences in men and women, but probably has more to do with the differences in raising a male from a female in our society today.

Men are encouraged to express certain emotions, such as anger, where as women are not. In our society, it is considered unladylike, or even disrespectful, for a woman to show that she is angry at a person or certain situation. These feelings tend to build up.

The build up of stress, over time, can lead to an anxiety disorder. Women are also more encouraged to take care of everyone else’s needs before their own. Or maybe women are just more likely to discuss symptoms with their doctor, which leads to more women being diagnosed, but not necessarily more women actually suffering from the disorder.

A child’s home life and family dynamics can help determine the odds of developing an anxiety disorder. These types of disorders tend to run in families. This doesn’t just mean genetics, but the environment in which a person was raised. High levels of anxiety in a mother have been shown to have a significant effect on her children.

Any chronic illness, such as cancer or heart disease, could bring out an anxiety disorder, or worsen it. Ongoing medical treatments and pain associated with these diseases are stressful enough on people without a mental health problem.

To someone with a predisposition to an anxiety disorder, or to someone who has already been diagnosed, it can make the symptoms much worse. Not only are they worried about small everyday problems, they also have to worry about taking care of serious medical problems. Worrying about their future, paying medical bills, and upcoming treatments causes significant wear and tear on a persons body and mind. 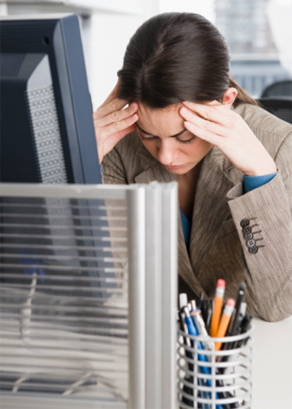 If you think you may have an anxiety disorder, you should discuss it with your doctor. Treatment is available, and the sooner you figure out what is wrong, the sooner you can get to feeling better.

When visiting the doctor, it is extremely important to be completely honest about everything.

Omitting the truth about heavy drinking, illegal drug use, smoking, or anything else of the nature could lead to a misdiagnosis.

Describe all of your symptoms with your doctor as in depth as you can. If possible, try to keep track of them – when certain symptoms occur and for how long.

Checking your medical history and a complete physical exam are vitally important. This will rule out any physical health problems that could be causing symptoms similar to those of an anxiety disorder.

After ruling out any physical problems, your doctor will refer you to a psychologist or psychiatrist.

A mental health professional will be able to diagnose an anxiety disorder using a combination of a few different things. First, you will be asked to answer some questions, or possibly fill out a questionnaire. During the interview, your attitude and actions are observed and analyzed.

Anxiety disorder is diagnosed if the following symptoms are present:

Excessive anxiety, or worry, about normal everyday activities. This must happen several times during a week and last for six months or more.

Feeling of anxiety and worry are hard to control, if not impossible. Daily life and relationships are affected due to excessive anxiety and worry. Anxiety is not related to any other mental health condition, such as substance abuse, or post traumatic stress syndrome.

There are three main treatments for anxiety disorder – psychotherapy, medication, and cognitive behavioral therapy. One or any combination of the three may be used to help you through your ordeal. Every individual is different, and what works for some, may not work for others. You may want to try different methods to find the one that works best for you.

Psychotherapy, or psychological counseling, helps a person to talk about, and work through stress in their life. It allows people to better understand their stress and difficulties, along with their strengths and abilities. The relationship between a therapist and a patient can last for months or even years.

Antidepressants help to balance the levels of chemicals in a person’s brain by influencing neurotransmitter activity. They usually take a few weeks to begin working properly. The most popular type, SSRIs (selective seratonin reuptake inhibitors,) work to help seratonin travel between the neurons.

Because seratonin affects more than just a persons mood these medications have a number of side effects. Sexual problems and drowsiness are common. Other side effects may include sleep problems and nausea. These will usually go away within a few weeks. Some people have reported severe withdrawal symptoms if they suddenly stopped taking an SSRI. Popular SSRIs on the market include Zoloft, Paxil, Lexapro, and Prozac.

Benzodiazapines are sedatives. They are not a long term solution for anxiety, but rather they treat the short term symptoms of an anxiety attack. Side effects include drowsiness, balance and memory problems, and reduced muscle coordination. They are only taken as needed, because they are very habit forming. Popular sedatives on the market include Xanax, Klonopin, and Valium.

With cognitive behavioral therapy, a person learns to recognize thought patterns and behaviors, and eventually change them. Ideally, the patient will end up learning how to replace negative thought pattern with a positive, and change the way they respond to stressful events. It’s like rewiring the brain.

Many natural treatments are available for anxiety disorder.

Activities such as massage therapy, shiatsu, yoga, and tai chi have, in many cases, helped to relieve the symptoms of anxiety disorders. Breathing exercises have had the same effect.

Some herbal therapies have also proven effective in minimizing symptoms. Chamomile, passionflower, valerian, and kava are just some of the herbal treatments that claim to help sufferers of anxiety disorders. They are available in tea or capsule form, and side effects from these herbs are usually much less severe than the side effects from pharmaceuticals.

Some people may experience stomach problems. A word of warning though – these methods are not approved by the Food and Drug Administration. In fact, kava has been linked to serious liver damage.

Beginning a vitamin regimen of calcium, magnesium, and B vitamins may help put your body back in balance and lessen anxiety attacks.

After diagnosis, an ounce of prevention goes a long way in reducing anxiety. Following a few simple tips should help with anxiety attacks.