In order for the human body to remain healthy, oxygen rich blood from the lungs must be transported efficiently to all of the living tissues of the body. When blood leaves the heart it is transported through a vast network of tubular structures called arteries. Like the muscle tissues of the heart, the walls of the arteries expand and contract rhythmically in order to transport the blood to the locations where the oxygen and other nutrients that it carries can be absorbed into the cells of the body. In the disease known as arteriosclerosis, the ability of the walls of arteries to transport blood efficiently is diminished due to the buildup of cholesterol deposits (plaque) inside of the arteries. 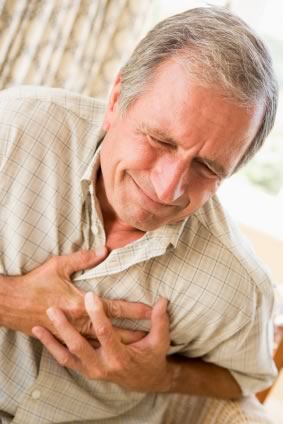 The passages inside of the arteries narrow as plaque accumulates. In advanced stages of arteriosclerosis, the accumulated plaque becomes hardened by fibrous tissue growth and calcification. Calcification is the formation of calcium deposits. Blood flow is reduced and less oxygen and vital nutrients are transported to cells of the body.

Plaque accumulation or blood clots resulting from rupture of accumulated plaque may completely obstruct the flow of blood in the artery, resulting in the death of the living tissues that are supported by that artery. This condition may, for example, result in a heart attack (death of heart muscle tissue) or a stroke (death of brain tissue).

Arterioscelerosis is commonly associated with the following terms and descriptions:

Atherosclerosis is a disease where a buildup of cholesterol (plaque) occurs on the inner walls of the arteries. This disease diminishes the flow of blood within the affected arteries. The accumulated plaque associated with atherosclerosis can burst, potentially causing blood clots. A blood clot is a condition where the inner passage of an artery is severely restricted or completely blocked by blood platelets which have clumped together.

Blood clots are desirable when stemming the flow of blood from cuts and abrasions on the skin, however are extremely dangerous when formed inside of arteries. Blood clots that form inside of an artery will generally result in the death of the living tissues supported by the flow of blood inside of the affected artery. Although atherosclerosis is associated with the restriction of larger arteries such as those in the heart and abdomen, this disease can restrict arteries anywhere in the body. The disease where smaller arteries are restricted by plaque buildup is called arteriolosclerosis.

Arteriosclerotic vascular disease (ASVD) is the disease in which the passages inside of arteries are restricted by the build-up of cholesterol (plaques). It is also the disease where blood vessels inside the arteries are chronically inflamed (swollen). This inflammation occurs due to an accumulation of white blood cells which work to absorb fats and cholesterol, but cannot in turn eliminate these unhealthy accumulations due a lack of high density lipoproteins (known as HDL, or “the good cholesterol”). ASVD is commonly referred to as hardening or furring of the arteries. ASVD results in increased risk of heart attack and stroke.

Hardening of the arteries is the disease where plaques (fat and cholesterol) accumulate inside of the arteries and harden due to fibrous tissue growth and calcification.

Plaque build-up inside the arteries refers to the disease where progressive layers of cholesterol accumulate on the inner walls of the arteries.

The onset of arteriosclerosis is usually not accompanied by any symptoms until after an artery is critically narrowed or obstructed. Once an artery has been critically obstructed, the following symptoms may occur:

The following factors which are known to increase the incidence (rate of occurrence) of arteriosclerosis:

The following practices will assist in preventing arteriosclerosis. It is important to implement lifestyle changes of this type gradually so that they are sustainable and can be performed with consistency over the long term.

Cardiovascular health including cholesterol levels should be assessed annually by a licensed physician.

Arteriosclerosis can be detected during a physical exam conducted by a physician using the following methods:

Once detection has occurred, diagnosis may proceed via the following means:

Lab tests may be conducted to detect increased levels of cholesterol and blood sugar that may increase the risk of atheriosclerosis.

A device utilizing Doppler ultrasound can measure blood pressure at various locations. These measurements assist the physician in determining the criticality of any blockages, as well as the speed of blood flow within the arteries.

This test can determine if atherosclerosis is present in the arteries located in the legs and feet. The physician will compare the blood pressure the ankle with the blood pressure in the arm. This comparison is known as the ankle-brachial index. An abnormal difference (ankle-brachial index) may indicate peripheral vascular disease. Peripheral vascular disease is also known as peripheral artery disease (PAD), or peripheral artery occlusive disease (PAOD). PVD includes all diseases that are caused by the restriction or obstruction of the large arteries in the arms and legs. PVD is usually caused by atherosclerosis.

An electrocardiogram records electrical signals travelling through the heart. An ECG can reveal evidence of a previous heart attack or one that is in progress.

An angiogram is an X-ray technique where a special dye is injected into the arteries in order to outline restrictions or obstructions on the X-ray images.

Physicians may also use ultrasound, a computerized tomography (CT) scan or a magnetic resonance angiogram (MRA) to diagnose arteriosclerosis with in the arteries. These tests can reveal hardening and narrowing of large arteries, as well as aneurysms and calcium deposits in the artery walls. An aneurysm is a ballon-like bulge (dilation) of the artery caused weakening the the wall of the artery. Aneurysms occur most often in the arteries at the base of the brain and in the main artery exiting the heart (aorta). 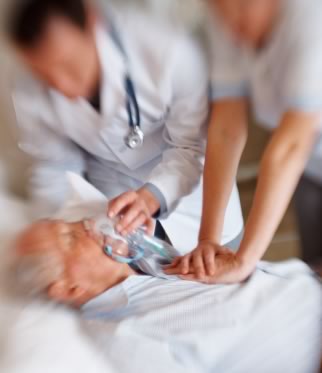 All remedies and treatment options for arteriosclerosis should be conducted under the supervision of a licensed health professional, who will determine if the treatments are safe and effective for the individual patient and will conduct periodic examinations and tests to monitor cardiovascular health. Each individual has a unique genetic makeup and lifestyle, and may therefore react differently to a particular treatment option. It is therefore of critical importance for a licensed health professional to monitor and tailor the treatment options to the optimal benefit of a particular patient.

Smoking damages the arteries. Halting the practice of smoking (breaking the habit) is necessary to slow or halt the progression of atherosclerosis.

Exercise should be performed most days of the week. Muscle groups that are exercised regularly will become conditioned to use oxygen more efficiently. Physical activity improves circulation and initiates the development of new blood vessels, which tend to form a natural bypass around obstructed or restricted blood vessels. Exercise regimens should be introduced gradually so the practitioner can adapt to and sustain the associated lifestyle changes over the long term.

It is both impractical and irrational to ignore the body’s need for hydration. Chronic disease, arteriosclerosis included, is commonly accompanied by chronic dehydration and, may in fact be enabled or advanced solely due to this condition. In order to maintain adequate hydration levels the average person needs to drink two quarts (1.89 L) of water daily. Average person will actually consume four quarts of water daily, however two quarts are obtained from food metabolism and the water content in foods. When water intake is sufficient, the color of the urine (approximately 2 quarts a day) will be colorless. When the color of urine becomes yellow, it indicates the onset of dehydration. When color of urine becomes orange it indicates that the body is critically dehydrated. The reader is cautioned to consult with a licensed physician with regards to coloration of the urine that may be attributed to medications or food supplements such as Vitamin C (ascorbic acid); rather than dehydration.

Various medications can slow and sometimes even reverse the effects of atherosclerosis.

A quantitative assessment of the costs of various treatment options of arteriosclerosis is beyond the scope of this article. The cost of treatment for a specific patient may vary significantly depending on what treatment options are covered by the patient’s medical insurance plan and what co-payment amounts were selected as a part of that plan. In cases where the patient has no medical insurance or where the total cost of treatment is being considered, the following rules apply: