Although often misunderstood, Cannabis has been used by humans for thousands of years. Cannabis was first grown in the regions of Central Asia and South Asia. There are three types of cannabis: Cannabis sativa, Cannabis indica, and Cannabis ruderalis. Much of the commercially available cannabis is harvested from plants that are hybrids of these three strains.

Marijuana grows well in tropical and temperate climates throughout the world. Commercial growers of cannabis often use greenhouses to extend the growing season. The chemical properties contained in cannabis that allow users to experience psychotropic effects are called cannabinoids. The most powerful cannabinoid in marijuana is delta nine tetrahydrocannabinol, also known as THC. Only mature female flowers contain THC.

Once the female buds of the cannabis plant are fully grown, they are harvested, dried, and then distributed. In addition to commercial produced cannabis, cannabis can be found growing in the wild in many regions of the world. However, wild cannabis usually contains very low levels of THC. Cannabis that is grown for industrial uses is known as hemp. Hemp contains little THC, and it is used to make fabric, paper, and rope. 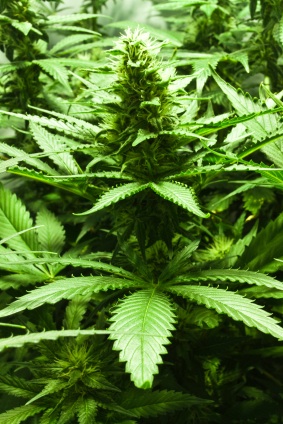 Industrial hemp production dates back thousands of years in Asia and the Middle East. In the western hemisphere, industrial hemp production began in the sixteenth century and reached its zenith in the eighteenth century. George Washington grew hemp on his estate. A common urban legend claims that the Declaration of Independence, the United States Constitution, and the Bill of Rights are all printed on hemp paper. Although paper made from hemp was commonly used at this time, these documents were actually printed on parchment, not hemp paper.

Use of cannabis for recreational and religious purposes dates back millennia. Charred cannabis seeds have been discovered at an ancient burial site in Romania. Cannabis was also used in ancient India and Nepal. The Scythians and the Thracians used marijuana smoke in their religious rites. Herodotus’ account of the Scythians mentions their use of cannabis to induce a trance-like state.

Despite the fact that cannabis has been used by humans for thousands of years, in the twentieth century countries began criminalizing the use and possession of cannabis. Both the United Kingdom and New Zealand criminalized cannabis in the 1920s. Canada’s anti-cannabis regulations went into effect in 1923. The United States effectively criminalized marijuana in 1937.

It is commonly argued that marijuana laws in the United States were the result of pressure from pulp paper manufacturers, who would have been in competition with manufacturers of hemp paper. Others argue that the criminalization of cannabis was racially motivated. Regardless of the motivation for its criminalization, it is true that marijuana was grossly misrepresented to the public at this time.

Posters and pamphlets often claimed that marijuana caused insanity and death. These claims have been largely refuted by modern scientific research. In fact, there has never been a single known case of marijuana due to an overdose.

The United Nations estimates that four percent of the world’s population uses cannabis at least once per year. When many individuals think of cannabis users, they picture the stereotypical stoner. In popular culture, stoners are often portrayed as young individuals without life goals who only want to sit around and get high.

However, many different types of individuals use marijuana for medicinal and recreational uses. Business people smoke to unwind after a long day at the office, and mild-mannered senior citizens smoke to alleviate unpleasant physical symptoms. There is a good chance that you know someone who uses marijuana frequently.

The frequency of marijuana use drops off with age, although many older individuals continue to use cannabis occasionally.

Many celebrities have been known to use cannabis. Willie Nelson is a well-known pot smoker. Louis Armstrong was once arrested for marijuana use. Musicians John Lennon, Paul McCartney, George Harrison, Eric Clapton, Chuck Berry, Bob Marley, David Bowie and Justin Timberlake are all confirmed marijuana users.

Olympic athlete Michael Phelps was caught on camera smoking marijuana from a bong. There is some speculation that William Shakespeare used cannabis. Pipes with marijuana residue were discovered in the garden of his home in Stratford upon Avon. Respected scientist Carl Sagan has published several essays on his positive experiences while taking cannabis. Many successful and intelligent people have used and continue to use marijuana.

How Marijuana Is Used

The most common way to use marijuana is to smoke it. The dried buds are broken up and placed in a smoking bong, pipe, or bowl. Cannabis can also be rolled in a piece of paper and smoked. This is called a joint. Once the herb has been lit on fire, the user sucks on the smoking device so that the smoke from the marijuana enters the lungs. The effects of marijuana smoking can usually be felt within ten to fifteen minutes. 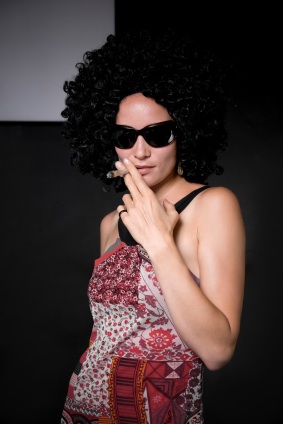 Individuals who smoke marijuana for the first time might not notice any effects at all. There is some debate as to the cause of this. Some believe the body must learn to recognize and process the cannabinoids. Others simply state that the novice smokers are not inhaling properly. The number of hits or tokes required to achieve the full effect of cannabis depends on the potency of the weed. Marijuana with a higher amount of THC will require the user to smoke less and still achieve the same effect.

They then cook the recipe as usual. The process of making the cannabis infused butter or oil helps fully activate the cannabinoids. When cannabis is eaten, it takes longer for the user to notice the effects, and the effects last longer as well. On-set times of up to two hours are not uncommon.

Marijuana can also be made into tea or an alcoholic tincture, although these methods of use are much less common.

The Effects Of Marijuana

Cannabis is used for both recreational and medicinal purposes. After smoking marijuana, most individuals feel relaxed. Other positive effects include a feeling of euphoria, talkativeness, an uncontrollable urge to laugh, a capacity for deep thought, and closed-eye visuals. Some individuals report a mild enhancement in the senses which allows them to find food, music, and art more enjoyable.

Negative effects can include reddening of eyes, irritation of throat if smoked, dry mouth, confusion, tiredness, and feelings of paranoia. Many users also report feelings of hunger after smoking this herb. Studies that have looked at the long term effects of cannabis use have been largely inconclusive. No medical studies have proven that cannabis increases an individual’s chance of developing cancer or other serious physical ailments. Rarely allergic reactions to cannabis have been reported. Individuals who are allergic to cannabis will often suffer respiratory problems during and immediately after use.

Individuals with a family history of mental illness problems should exercise caution when deciding whether or not to try marijuana. Although the results of the medical studies are inconclusive, some research has indicated that individuals who have used cannabis are more likely to suffer from schizophrenia. Some scientists believe that the marijuana may trigger a previously latent mental illness.

Others believe that individuals who suffer from mental problems are more likely to self-medicate, and seek out cannabis to alleviate undiagnosed but still present mental illness symptoms.

Many believe that marijuana can be used to treat a variety of medical conditions. Because of its hunger causing properties, many chemotherapy patients seek out marijuana. Chemotherapy often causes nausea. Marijuana alleviates this nausea and motivates the cancer patient to eat. AIDS sufferers often experience nausea as well, so marijuana can be beneficial in their case.

Marijuana lowers intraocular eye pressure, so it can be useful in treating glaucoma. Medical marijuana is also prescribed for anorexia and anxiety. Small studies have found marijuana to be useful in the treatment of depression and multiple sclerosis. However, the federal government will not currently fund studies that look at the medical uses of cannabis. This has slowed scientific research and medical discovery.

Currently, synthesized cannabinoids are sold as prescription drugs in several countries, including the United States, Germany, the United Kingdom, Canada, and Mexico.

The Legality of Cannabis

However, federal law trumps state law and individuals with a valid prescription could find themselves in legal trouble if they are caught with marijuana in their possession by a federal agent. The legal ramifications of cannabis possession vary widely from region to region. Individuals caught in the United States face a fine, probation, or a prison sentence for even a small amount.

In some Asian countries such as Dubai and Singapore, being caught with cannabis can mean a life sentence in prison.

Where To Find Cannabis and Cost of Cannabis

Many dealers and dispensaries sell marijuana in small increments, from an eighth to a forth of an ounce. Very little cannabis is needed in order to achieve the effects of a high. An eighth of an ounce can be smoked by approximately twenty different people with all of them achieving the full effect.