Celiac disease a little understood autoimmune syndrome that affects roughly 0.5% of the world’s population. Basically, it is an intolerance to the gluten found in grains such as wheat, rye, spelt, oats, barley, and its derivatives. Gluten is what gives dough its elastic texture. It is not a vital protein for the body. For individuals with this medical issue, any ingestion of a glutinous product will lead to an autoimmune response. 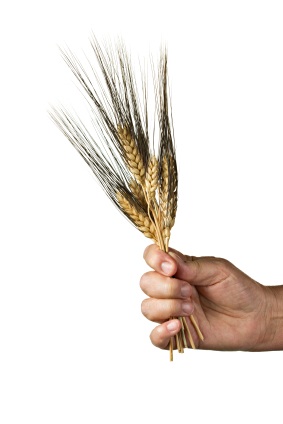 Symptoms of celiac disease vary greatly from person to person. This is one of the reasons that it is sometimes extremely difficult to diagnose. There is no stereotypical symptom to distinguish the syndrome. Only about 10% of those who have celiac disease present with the malabsorption symptoms that typify the disease. It seems to mimic many other disease states, often going undiagnosed for years. Some people have no symptomatology at all.

Stools are sticky in consistency due to the increased amount of fat that goes undigested and unabsorbed in the body, about 10 times more than normal. Children often have marked diarrhea and failure to thrive. Adults are more likely to have constipation and unexplained weight loss.

Only when the gluten sensitivity is diagnosed and the source removed will the symptoms start to resolve themselves.

The causes of this baffling disease are relatively unknown. The only predictors seem to be that it affects more females than males, more Caucasian/European than African-American, and is likely to be hereditary. Research has indicated that while anyone can have this syndrome, the risk multiplies if there is a medical history of:

Advances in gene mapping have identified genes that are likely associated with celiac disease – HLA-DQ2 and DQ8.

Research has indicated that it might be possible to prevent this disease from occurring. However, as stated above, the exact etiology of this syndrome has not been discovered. A research study in Sweden looked at early developmental factors in those who are eventually diagnosed as celiac. The study focused on the duration of breastfeeding in addition to when gluten was first introduced and in what amount. While there were not any concrete results, the study does suggest a link between those factors and development of the disease.

Maintaining a gluten-free diet is really the only way to prevent onset, especially if a first-degree relative has the syndrome. Those with autoimmune disorders may want to adopt a gluten-free diet as well as gluten might aggravate the condition. And about 50% of autistic individuals have a form of gluten intolerance and so should eliminate grains in their diets as well. Sufferers of irritable bowel syndrome have been found to have fewer episodes when adopting a gluten-free diet, so the medical community has been advocating removing the offending grains as well.

Strong evidence suggests higher-than-normal stress responses can trigger the onset of celiac disease, especially if one or more of the risk factors are already present. Stress relief exercises such as imagery, journaling, aerobic exercise, tai chi, deep breathing, anger management, therapy, massage, and aromatherapy are effective against the damage of stress and help to manage the body’s reaction to stressors. Control of as many of those factors that lead to an autoimmune response is optimal.

When celiac is suspected, it is necessary to utilize many different diagnostic tests in order to correctly identify celiac disease. Laboratory analysis is part of the diagnostic puzzle to differentiate celiac disease from other autoimmune or intestinal disorders.

Experts have determined there are two genes HLA-DQ2 and HLA-DQ8 associated with celiac disease. This is especially important if there is a first-degree relative, such as a parent or sibling or even a second-degree relative such as aunts, uncles or cousins diagnosed with the disorder. Even if the test is positive, it just determines there is a better-than-average risk of acquiring it. Approximately a third of the population will test positive for either one or both of the genes. If the test is negative, however, there is no chance at all that celiac can develop during the lifetime.

Antibodies are proteins made by the B cells in the immune system to fight off bacteria, viruses, and other infectious agents that attach to antigens or other foreign objects and either weaken it or destroy it. However, sometimes the body overproduces these antibodies in response to non-infectious agents or to its own tissues. Endomysium (EMA-IgA) and anti-tissue transglutaminase (tTG-IgA) are the antibody tests of choice. It measures the immune system response with the introduction of gluten to the body. These are considered very reliable indicators.

If both of these tests are abnormally elevated, there is a greater than 90% chance of having celiac disease. Used in the past, anti-gliadin (AGA-IgA and AGA-IgG) antibody test is no longer considered a useful diagnostic test but do help to monitor response to the gluten-free diet and other treatments.

Other blood tests measure nutrient absorption, namely iron levels and low vitamin levels. Vitamin K is of particular importance. Vitamin K is necessary to the formation of clotting factors in the liver. When the body does not absorb enough vitamin K, blood clotting is markedly reduced, leading to risk of prolonged or abnormal bleeding. The prothrombin time blood test measures how long it takes the blood to clot.

One of two stool tests used for celiac testing, the fecal fat test is the measurement of fat in the stool or the percentage not absorbed by the body. Stool is collected over a 24-hour period. The normal amount of fat excreted should not exceed 7 grams of fat per 24-hour period. Excessive amounts of fat found in the stool, known as steatorrhea can occur with many other conditions, so additional stool testing should be conducted.

This is a fairly new test available in only one laboratory in the United States. It measures the anti-tissue transglutaminase (tTG-IgA) and anti-gliadin (AGA-IgA and AGA-IgG) antibodies in the stool.

All of the above testing is important to test for gluten intolerance. A biopsy of the small intestine to establish the degree of damage to the villi, in addition to the above tests provides the conclusive evidence necessary to make the final diagnosis. Duodenal biopsy can be problematic as villous atrophy/destruction occurs in patches, so a too-small sampling will give incorrect results. In children under two years of age, the biopsy can be abnormal due to an allergy to cow’s milk, soy or viral gastroenteritis. In adults, a positive result could be indicative of HIV enteropathy or tropical sprue.

Celiac disease cannot be cured, but it can be managed, mainly through a change in diet. It is the only way to reverse the damaging effects of the disease on the gastrointestinal system. Removing all forms of gluten in the diet will heal the body.

Gluten is found in wheat, rye, spelt, oats, barley and its derivatives. These grains are found in bread, cookies, cakes, noodles, pancakes, and waffles, along with many other foods. 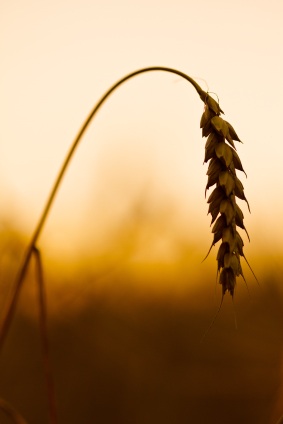 They are also used as thickening agents in soups and gravies and as coatings for chicken, fish, french fries, etc. Gluten is hidden in a lot of processed foods, so it is essential that food labels are vigorously scanned.

Breads, other baked goods, and pasta are available for those who are gluten intolerant in health food stores and even in some mainstream grocery stores. However, these tend to be much more expensive. Other sources of gluten include cosmetics, household products, and medications. Care also needs to be taken in restaurants as well, erring on the side of caution when ordering fried dishes, desserts, or meals that come with gravy or pasta.

This major lifestyle change is demanding and challenging at first. Symptoms of withdrawal often occur when gluten is first removed from the diet. It can take awhile for gluten to be completely out of the system and depends how long gluten was consumed prior to its removal. As the body heals, the withdrawal symptoms dissipate. Incorporating vitamins, drinking a lot of water, stress relief management, and exercise can ease these symptoms.

Since celiac disease is a much more common autoimmune disease than originally thought, there are many books and websites devoted exclusively dealing with gluten issues such as how to order in restaurants. Gluten-free cookbooks are readily available too. Almost any favorite food that contains gluten can be reasonably approximated with the right ingredients. And many foods nowadays are tagged with the “gluten-free” label, making it easier to shop for the correct foods.

Those newly diagnosed with celiac disease should be tested at least twice during the first year to make sure the gluten-free diet is successful in restoring health. Testing for antibodies with the anti-tissue transglutaminase (tTG-IgA) antibody test is sufficient, as a negative result indicates the dietary measures are effective. After that first year, yearly testing is all that is considered necessary by the medical community.

Avoidance of gluten-containing foods is considered to be the best remedy for management of the disease. The body typically will revert back to absorbing all of the nutrients, carbohydrates, and fats as it is supposed to. However, there can be long-term effects even with successful treatment. Cancers of the gastrointestinal tract occur at a much higher rate for celiacs. For those cases that were undiagnosed for many years, malabsorption of vital nutrients can be a real problem in later life. Bone density loss is one such problem.

Osteoporosis and osteomalacia (“soft bones”) results from the inability to absorb vitamin D and calcium. This is why it is so important to diagnose and treat this syndrome as early as possible.