Hiccups are a common and non-threatening phenomenon that occurs in almost all human beings at some point in their life, most commonly when they are children.

While irritating, they are not threatening and serve to be little more than an annoyance to most people. 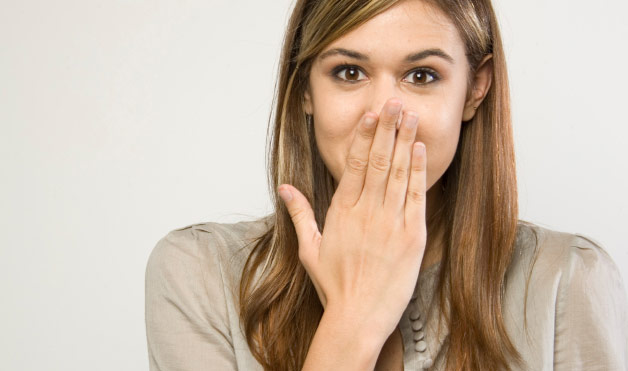 Hiccups are known to be more prevalent in other individuals than others, and may more commonly be triggered in vulnerable persons.

In extreme cases, persistent hiccups may be caused by a neurological disorder, although this is extremely rare.

The inoffensive nature of hiccups, combined with their propensity to go away on their own, has led to a very large number of home remedies.

These remedies tend to be psychosomatic in nature and have no effect, good or bad, on the hiccups themselves. Severe or persistent cases may require the temporary application of drugs.

What are some other names for hiccups?

Hiccups are prevalent throughout all societies, as they are a reflex that occurs in all humans. Every language has its own name for hiccups, as well as many colloquial nicknames and alternative names. In English speaking countries, it is generally known as either a hiccup or a hiccough, the latter being more prevalent in England, Scotland and Australia.

The proper medicinal term for a hiccup is synchronous diaphragmatic flutter, or SDF, which refers to the quick oscillations of the diaphragm. In medical literature, hiccups may also be referred to as “singultus,” which is derived from the Latin word “singult” which was used to refer to the manner by which someone catches their breath while sobbing.

This is the closest Latin term to the phenomenon of hiccups, as the Latins tended to lump large numbers of chest pains and breathing ailments under single terms, thus giving no real equivalent to the term “hiccup” in English.

What are the symptoms of hiccups?

The symptoms of hiccups are widely known and tend to be quite prevalent and easily recognized. In most cases, there is little more than an involuntary contraction of the diaphragm, resulting in compression of the ribs and lungs.

This results in the unique sound of air being flushed from and then sucked into the lungs, which is immediately recognizable. The distinct “hic” sound produced results in the onomatopoeic name in most languages, including English.

In many cases, a visible jolting of the torso occurs, especially in small children. The involuntary and jarring nature of hiccups is very frightening to infants and toddlers, and babies who are suffering from the hiccups may begin to cry until the hiccups are removed.

In many cases, it is easy to observe an infant or small child having hiccups because their body will shake visibly, and they may have a startled or confused look on their face. This can be distinguished from burps or other discharges by the fact that they persistently occur at regular intervals as the diaphragm becomes “caught.”

The exact cause of hiccups is not widely known, largely due to the fact that hiccups appear without warning and disappear without medical intervention. It was originally thought that they were the result of air becoming trapped in certain parts of the lungs or throat, necessitating firm action from the diaphragm in order to force out the air.

It has since been proven that this is not the case and that in fact hiccups are caused by errors within the nervous system which cause undesired contractions of the lungs. Because breathing is so essential, the nervous system that causes it to work is redundant on several levels, as well as established in the spinal column and brain stem so that breathing can occur even in the event of severe head trauma.

It is know thought that errors within the signals sent to the diaphragm cause the contractions, although how they get started and why they persist is not known. The regular pulse of nervous signals is known to be the explanation as to why they occur in a very regular fashion, to the point where they can almost be used to delineate time.

The nervous irritation that triggers hiccups is known to often have a physical bases. For most persons, receiving a small irritation in exactly the wrong part of the throat may trigger hiccups, as can swallowing a particularly large piece of food or gulping air or water too aggressively. It is also possible for the stress of certain positions, or the damage resulting from certain kinds of injuries, to also cause hiccups.

The cause of hiccups varies widely from person to person, and when someone is reasonably sure that a specific action causes the hiccups, they should seek to avoid it. Some common causes are known to be poor posture, chewing gum, eating and drinking rapidly, or talking while eating. It is also common for hiccups to be caused by fizzy drinks such as champagne and soda.

Some persons develop the hiccups if they are suffering from an electrolyte imbalance caused by strenuous exercise or heavy heat.

In certain rare cases, there is a neurological problem that results in chronic hiccups. Most commonly this is the result of trauma to the brain or spinal column. Such injuries may also increase the likelihood that hiccups occur in a person. In certain rare circumstances, the hiccups may be caused by tumors that apply pressure to certain nerves. In the case of hiccups, these nerves are almost always located in the spine or the brain itself as opposed to the diaphragm.

These circumstances are extremely rare, and no case of the hiccups, even when prolonged, should be taken as a sign that the person has a tumor. However, patients with tumors in the brain or spine should understand that long and unexplained bouts of the hiccups may be one of their symptoms.

What are the risk factors for hiccups?

Every human being on earth is at risk for hiccups and will encounter them multiple times throughout their lives. In general, when they occur, they are unavoidable and occur without any visible cause. Small children, particularly infants, are at most risk of hiccups since their nervous systems are still developing and they are unaware of specific risks and behaviors which may make them more prone to hiccups.

Having poor posture is known to put strain on the back, spine and diaphragm, which increases the likelihood of hiccups. Persons who are obese, especially if they are quite morbidly obese, tend to suffer more attacks of the hiccups more frequently than persons who are nearer their ideal weight do.

What is the cure for hiccups?

The fact that hiccups appear without warning and usually go away on their own has led to a frequent number of home remedies.

The fact that hiccups often go away on their own has led to a certain degree of reinforcement of these “cures,” however their only effect is psychosomatic. They do not cure hiccups, nor do they lessen the intensity or duration of an attack of the hiccups.

Rather the only purpose they serve is to give the person suffering from hiccups a sense that they are in control of, and fighting against, their affliction. This is not without its merits. Offering sweet cough syrup or sugar to hiccuping infant or small child is an excellent way to calm them down, which often permits the body to cease sending the hiccup signal on its own.

It is advisable to monitor a child when taking some of these remedies, since while drinking water quickly or taking a cough drop they may swallow or choke on it. With very small children, carefully administering sugar water, milk or another beverage often helps. If a child does not appear to be upset or perturbed by their hiccups, it is considered acceptable to leave them alone and allow their hiccups to dissipate.

The only home remedy that has been shown to be effective in medicinal tests is the consumption of small quantities of vinegar. It is believed that the irritation caused by vinegar causes the body’s system to reset, thus enabling the body to cease hiccuping. It should be noted that this therapy does not work on all patients, and should not be used to excess. The consumption of a few tablespoons of vinegar, or of a liquid containing vinegar such as salad dressing or pickle juice, should be more than sufficient.

More advanced cases of the hiccups, especially those which persist through a night’s sleep and over the course of several days, may require medication. This medication is most frequently some form of powerful sedative with nerve-numbing effects. The goal of medication is to cause the body to fully relax and then reset its signaling pathway for the diaphragm.

Some of the most common drugs include Haloperidol and chlorpromazine, which are both powerful sedative anti-psychotics. These drugs are exceptionally potent and should not be administered lightly, and their administration should be carefully withdrawn as soon as hiccup symptoms cease to be observed. In extreme cases, the use of baclofen, a powerful anti-spasmodic agent, may be necessary.

The use of any of these drugs will render the user unconscious or lethargic for extended periods, and so the drugs must be administered carefully, slowly and rarely. Long term use of the drugs is extremely dangerous and should not be attempted without medical observation and consultation.

There are very few cases in which a person experiences hiccups as a symptom of a brain tumor. However, someone who has a known brain tumor and is subject to incurable and unending hiccups may find that, after the tumor has been suppressed or surgically removed, their hiccups cease.

How can I prevent hiccups?

The best way to prevent hiccups is to have good posture, to chew and swallow food at a steady rate, and to avoid speaking or talking quickly. Maintaining a healthy weight, especially in regards stomach and chest fat, also has a beneficial effect towards preventing the hiccups.

Regular exercise, especially in regards breathing exercises, can also help. Children who have chronic hiccups generally outgrow them as they age, since their hiccups are caused more by their developing body than any sort of physical or psychological disturbance. The best way to prevent hiccups is to live well, which of course has many other benefits.