Natural liquorice/licorice is derived from the root of the plant glycyrrhiza glabra, a legume that is native to Asia and southern Europe. The plant grows to about three feet in height with leaves that are about three to six inches. It also contains tiny pale purple or blue flowers that are about 1/2 inch in size. The specific part of the liquorice plant used for sweet flavoring of products, herbal remedies and ailment cures is the root.

Liquorice grows most efficiently in deep, fertile, and well drained soil. It is harvested in the autumn after absorbing the sun throughout most of the summer, and is ready to be picked about 2-3 years after it is first planted.

Liquorice extract is most commonly produced by boiling the root and evaporating most of the water to create the desired substance. Sometimes liquorice will be boiled until it turns into a thick syrupy consistency, while other times it will still be processed and sold as a solid in the more natural state. The syrup is commonly used in Europe to create liquorice flavored candies, although most candies are produced with artificial flavoring and contain a very small amount of real liquorice. 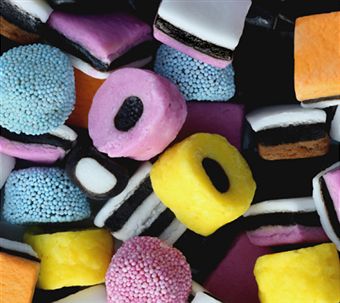 Liquorice is popularly known as a sweet candy in many countries, but the strong flavor of the root is typically mixed with heavy sugar in order to create a sweeter, more confectionery taste.

In the Netherlands, liquorice candy is one of the most popular sweets. There are many forms of it that are sold and created, as it can be mixed with mint, menthol, laurel or even ammonium chloride in order to give it a unique flavor.

The natural form of liquorice is popular in Spain and Italy. It is commonly used in these countries as a mouth freshener or way to calm the pain of a sore throat.

The root will be dug up, washed and chewed in order to create fresh breath or a pleasant taste after a meal. When the root is chewed it may cause numbing in the mouth, which is an effective and natural way to ease a sore throat.

Liquorice root is also commonly used in soft drinks, herbal teas or medicines as a natural sweetener that provides a pleasant aftertaste. Dutch children add drops of liquorice sweetener, which is primarily made up of natural liquorice root, to water and shake it up to make a sweet frothy beverage similar to a soft drink.

Liquorice is derived from the genus glycyrrhiza, which has over 20 species spread throughout North and South America, Australia, Europe, and Asia.

European liquorice is the plant with the most significant historical tradition. It grows in fertile, dry and open habitats in the eastern and southern regions. It was discovered in European regions as it grew naturally, and liquorice stick grown in these regions is what many people would chew in order to extract the sweet flavor. Liquorice stick grown in these regions is suggested to be what turned Napoleon’s teeth black.

Over time, European countries began growing the liquorice themselves and discovered it was effective in treating dry cough, asthma, and other lung diseases and disorders.

Chinese liquorice is grown in dry, grassy plains in northern China and and western Asian steppes. It is one of the most popular herbal drugs in these regions. It is typically used in a combination with 3 or 4 other herbs in order to create prescription medication for various ailments.

Liquorice is rarely used as the main drug in a prescription, but instead acts as a guide or “minister” drug to aid the other main ingredients and increase their absorption within the body. In some cases, liquorice is added to drugs simply to improve the flavor, particularly to add a natural sweetener to children’s medication.

Liquorice grown in North and South America is less prominent within crops. There are scattered plains throughout the west that grow liquorice, particularly throughout Washington, Oregon, Texas, Missouri and Mexico. It is most commonly found in prairies and meadows. Chewing the root of liquorice grown in these regions is commonly used to cure toothaches or calm the pain. Old Texas traditions used liquorice as a tea to be given to women after childbirth in order to help lower their body temperature and smoothly expel the placenta.

Liquorice is used for more than just it’s sweet flavor. It is also used as an herbal remedy to cure several types of ailments. The rich juices have a significant effect on cell production, inflamed or irritated body parts and several ailments. When taken in moderation, liquorice can provide several health benefits and cure painful illnesses or injuries that cause serious displeasure.

The acid compound found in liquorice is used in Japan as a treatment for chronic viral hepatitis, as it is well known to have a transaminase (enzyme contributing to hepatitis) lowering effect. There has not been an official study in the United States to determine whether or not liquorice is an effective treatment for hepatitis, but it is used by people containing the virus to help calm their body and prevent flare ups that cause pain or discomfort.

Liquorice root is also popular today as a cure or treatment for peptic and gastric ulcers. Dropping the root into water will cause it to fizz and foam, which works as an antacid to help calm acid production and increase the production of cells that produce stomach lining. The main ingredient in liquorice, glycyrrhiza glabra, is responsible for increased cell production and the calming of acid that causes ulcers.

This active ingredient is also responsible for the treatment of other auto-immune illnesses including asthma and various chronic diseases. It may also help with fatigue and allergies if taken in small doses.

Liquorice is most commonly used in raw form by chewing on the root or dehydrating it and adding it to tea as a powder. Various supplements and pills are also available on the market for those who wish to add liquorice to their daily vitamin and mineral routine. 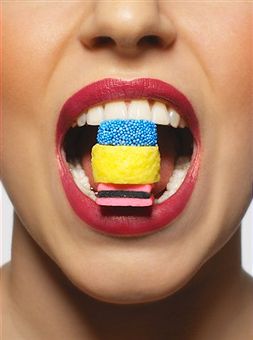 Liquorice supplements and pills are frequently taken by people who suffer from ulcers or excessive production of gastric and peptic acid. Taking supplements as part of a daily vitamin routine helps regulate cell regeneration to efficiently line the stomach and calm irritation caused by excessive acid.

Excessive amounts of liquorice can pose serious and potentially dangerous side effects if it is not recommended by a doctor. Anyone adding liquorice to part of their daily regimen is encouraged to consult their doctor to make sure they are staying within a suggested amount of liquorice intake.

Excessive liquorice intake can have potentially dangerous side effects. The main ingredient in liquorice, glycyrrhizin, may cause an increase in blood pressure or hypertension if consumed in large quantities. Most hypertension resulted from liquorice was due to patients consuming excessively large amounts of liquorice sweetened candy.

Excessive amounts of glycyrrhizin may also cause headaches, fatigue, swelling of the joints and even lower testosterone levels in men. There have been cases in European countries where women have been hospitalized due to muscle failure caused by liquorice overdose. Liquorice intake should be monitored and kept to no more than 5 ounces a day.

Liquorice supplements and herbal tea can be found in most vitamin, health and drug stores. A bottle of pure liquorice root supplements is relatively inexpensive, costing approximately $6-$11 per bottle. Liquorice tea is also an inexpensive product, running about $5-12 for a box of tea bags.

Popular vitamin companies such as General Nutrition Center (http://www.gnc.com) sell a variety of supplements and tea variations that focus on specific ailments or illnesses. Many consumers find the best variety of liquorice products on Amazon (http://www.amazon.com) , which sells products that local nutrition stores may not carry. Amazon is also known to have the cheapest prices on products that would cost significantly more in a chain store.

Many liquorice teas and supplements are available without glycyrrhizin. These products are called deglycyrrhizinated licorice (DGL). They have been developed by manufacturers and are just as effective as natural liquorice in calming or treating ailments without the risk of increasing blood pressure or causing uncomfortable muscle problems. DGL liquorice products can also be found at most health and nutrition stores as well as through Internet manufacturers and wholesalers.

In conclusion, it is clear that liquorice can be very effective when taken as an herbal supplement or remedy for an illness. It is also a natural and tasteful way to add sweetener to food or beverages without adding excessive amounts of sugar or high fructose corn syrup. However, liquorice consumption should also be moderated or monitored by a health care professional to make sure it does not cause other more harmful effects. Talking to a physician will help guide patients in knowing what amount and variation of liquorice root is best for their lifestyle.