The mumps is a condition that everyone has heard of in their time; it is an infection that primarily targets the parotid glands, which are one of the three pairs of salivary glands that are found in front of and below the ears. It is caused by a virus. If either an adult or a child contracts this condition, it bears the risk of causing swelling in either one or both of the parotid glands. 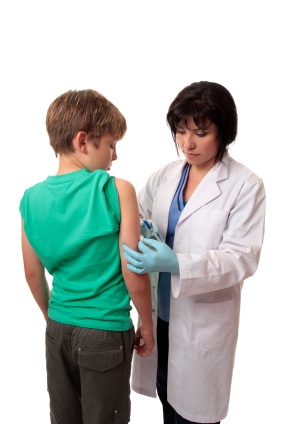 Though it is potentially serious to experience complications of mumps, it is a rare occurrence, and the odds of even getting mumps to begin with are not very good. Before the 1960s, mumps were a very common occurrence, but after the licensing of the vaccine for mumps, the amount of instances have dramatically dropped in number.

Since outbreaks of mumps are still present within the United States and are also still fairly common throughout other parts in the world, it is important to obtain the vaccine to prevent this condition altogether.

Up to one in every five people who become infected with the mumps do not experience any symptoms nor do they show any signs thereof. When the symptoms and signs do develop, however, it will usually occur roughly two or three weeks after being exposed to the virus. Such signs and symptoms of the mumps may include:

As one may gather, the primary, most common and most familiar symptom of having the mumps is the occurrence of the salivary glands swelling, which causes the cheeks to up and puff outward. In fact, the name of the condition itself, “mumps,” used to be the expression those gave back in the day when referencing bumps or lumps within the cheeks.

When to Visit a Doctor

It is important to go right to the doctor when symptoms of the mumps occur. Because mumps are much more uncommon these days, it is always possible that the present symptoms and signs are being caused by another condition entirely. For instance, swollen glands and a fever are also signs of a blocked salivary gland or tonsillitis, which is the inflammation of the tonsils.

There are also other viruses, though rarer, that may infect the parotid glands that may cause an illness similar to mumps.

The sole cause of mumps is the mumps virus, which can easy be spread from one person to another person by way of infected saliva. In the event that a person is not immune, it is easy to contract the disease by simply breathing in the saliva droplets of a person who has just coughed or sneezed and is infected with the illness.

It is also possible to obtain the mumps virus from sharing a cup or sharing utensils from a person who is infected with the mumps. As it can be seen, the mumps are just about as contagious as the influenza, or flu, virus is.

Though the complications of mumps rarely occur, they are potentially very serious and may include any of the following:

Preparing for the Doctor

If anybody begins to experience signs or symptoms that are common to the mumps, it is important to call the doctor. The next couple of sections may help in preparation for this appointment.

Information to gather well in advance:

The following is a list that aims to suggest questions that may be raised to the doctor with regards to the mumps:

Do not feel shy to ask any other questions should something come up that is not fully understood.

Likewise, the doctor will probably have a list of questions to ask, so make sure to be ready, which will reserve time to discuss anything else that may not be understood in more depth. The doctor may ask any of the following:

What to Do in the Meantime 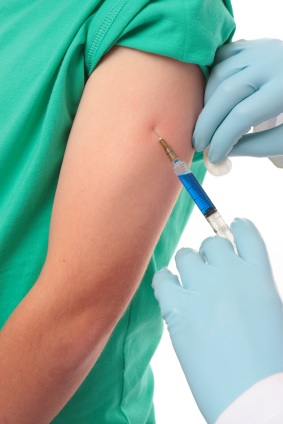 It can be stressful waiting for the appointment to come around, though it is possible to ease the symptoms of the mumps by using over the counter pain relievers, such as acetaminophen (Tylenol, others) or ibuprofen (Motrin, Advil, others) in addition to a cold compress.

However, do not give any child aspirin without first consulting a doctor.

Try to rest as often as possible, refraining from coming into contact with other people until having first seen the doctor. Within the first week that symptoms and signs begin to appear is when the mumps are their most contagious stage.

Should the doctor suspect that the mumps are to blame for the symptoms, it may be necessary to take either a blood test or a virus culture. The blood test may be useful in detecting antibodies for pumps, which will determine whether or not this is a past or a recent infection.

Due to the fact that the mumps are caused by a virus, it will not be effective to take any antibiotics. As with just about any viral illness, the mumps infection need only complete its course. Luckily, the majority of cases of the mumps, provided that there are no complications, will only last about two weeks.

As a general rule of thumb, once a week has passed after a diagnosis of mumps, a person can no longer be considered contagious.

For the most part, once an infection has occurred or the immunization of mumps has occurred, a person is considered to be immune to mumps. The vaccine for mumps is typically given in an inoculation that combines measles-mumps-rubella, or MMR.

Due an outbreak that recently occurred out in the Midwest, both health care workers and college students have been strongly encouraged to ensure that they have had their two doses of the MMR vaccine.

It has become increasingly obvious that just one dosage does not offer a sufficient amount of protection were an outbreak to occur. However, because this second dosage recommendation did not start until the late 1980s or the early 1990s, there are many young adults who have not actually gotten a second dosage and should consider doing so now.

Another vaccine is not needed under the following circumstances:

If none of the above apply, a vaccine is recommended, especially those who:

The vaccine is not recommended for those who: