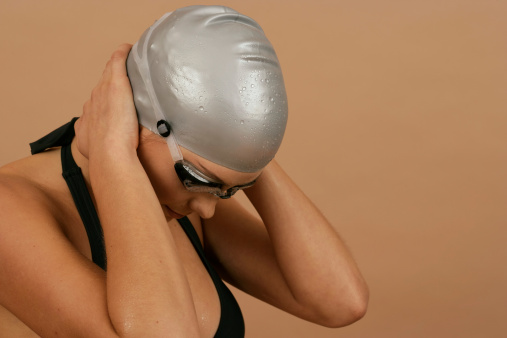 Swimmer’s Ear is a widely-used but sometimes misunderstood term for a very common medical condition, also known as an outer ear infection.

Contrary to what the name might suggest, patients needn’t have gone swimming recently to be afflicted by Swimmer’s Ear.

The medical term for Swimmer’s Ear is otitis externa, and this type of ear infection is defined as being confined to the external portion of the ear and the ear canal itself.

Ear infections that affect the inner or middle portions of the ear are referred to as otitis media.

Otitis externa and otitis media often occur simultaneously, but with slightly different symptoms and considerations. Here, we explore the symptoms, causes and remedies for otitis externa, or in layman’s terms, an outer ear infection.

The congestion, pressure and pain that are often associated with Swimmer’s Ear are caused by swelling and inflammation of the affected portions of the external ear. Excess wax, debris or build-up of other fluids in the ear canal can create pressure inside the tiny opening to the ear, and this can quickly cause pain that radiates beyond the affected ear. Intense earaches can result from an otitis externa infection, and the pain may increase when the patient’s outer ear, jaw or even neck is touched.

In children, one of the first signs of Swimmer’s Ear, or a possible outer ear infection, is their expressions of pain or discomfort. Even very young, non-verbal children can often communicate their symptoms by tugging on their ear or ears, tilting or shaking their head, exhibiting increased fussiness when the ear is touched or when laying down, and an apparent difficulty hearing. A child may also exhibit a low-grade fever when fighting off an ear infection, or appear a bit lethargic.

Adults who are suffering from Swimmer’s Ear will also usually experience pain, swelling, a feeling of “stuffiness” in the affected ear and potential temporary hearing loss. Most cases of hearing loss due to Swimmer’s Ear are fully reversible once fluid drains from the ear and swelling goes down, though it can take several weeks to regain completely normal function and feeling in the affected ear.

Itchiness is also a commonly reported symptom of Swimmer’s Ear, and can greatly increase the frustration level and uncomfortability factor. This is especially true in young patients who can’t fully express themselves or understand that the situation is a temporary one. Fever is not as common in adults suffering mild to moderate cases of otitis externa, though fatigue and exhaustion are quite common.

Discharge, waxy build-up or other fluid may drain from the ear during the course of an outer ear infection. This isn’t typically alarming, although any signs of bleeding from the ear canal should be checked out by a doctor, as this could indicate a ruptured eardrum.

Causes and Prevention of Swimmer’s Ear

While swimming is indeed one way to acquire the infection, especially if the water is dirty, Swimmer’s Ear is in many ways a misnomer. Even a simple act such as swabbing one’s ear with a dry cotton swab can result in bacteria lodging in tiny scratches created by the swab, thus leading to a case of otitis externa. Bacteria is a very common cause of outer ear infections, whether it originates from the environment or from within the patient’s own body.

Even if not the original cause of the infection, water can be a huge contributing factor in the severity and progression of otitis externa. For example, washing one’s hair and getting even a few drops of water into one’s ear during a shower can further exacerbate an already brewing infection, and cause fluid to become trapped inside the ear canal due to the swelling. For this reason, it is imperative the ear be kept dry and hair washing be avoided while an outer ear infection is being treated.

In cases of Swimmer’s Ear not caused by bacterial agents, a fungus or other pathogens may be present in the ear from some sort of contamination, or even skin conditions similar to Athlete’s Foot. Anti-fungal medications will likely be prescribed to treat infections stemming from this cause.

In most situations, moisture increases the chances for bacteria growth, and the ear should be kept as dry as possible at all times if a patient is prone to developing ear infections on a recurring basis.

Use of ear plugs during swimming and showering may be helpful, but only if the correct ear plugs are used. Soft, foam ear plugs can often be used safely to shower with an ear infection, though a new pair should be used each time plugs are required during the course of an outer ear infection.

Swimming or fully submerging the head in water when fighting an active ear infection is not recommended, even with ear plugs. Never use ear plugs that are rigid; if flexible ear plugs can’t be found, a cotton swab rolled in petroleum jelly and pressed lightly against the outside opening to the ear can be used to help block moisture.

Treatment for Swimmer’s Ear will depend on the severity of the case. In some mild cases of otitis externa, the patient can treat the condition at home with simple remedies. Staying hydrated, resting and using warm compresses on the affected ear are all easy ways to try and provide a measure of relief at home.

Simply keeping the ear dry and not inserting anything inside of the ear canal that will further irritate the swollen tissues may be enough to keep the infection to a minimum.

Over-the-counter pain relievers such as acetaminophen and ibuprofen may help take the edge off the earache, and many brands contain anti-inflammatory properties that should help reduce the swelling causing much of the pain in the first place. If there is fever present with the infection, OTC medication should also prove helpful.

A warm compress may ease the pain of an earache or the pressure of a “stuffy” ear, but those suffering Swimmer’s Ear should use caution with this oft-recommended approach. Though the heat and steam may help the patient feel better, warm, moist conditions are a breeding ground for bacterial growth.

The steam of a hot, clean, well-wrung out washcloth may indeed loosen wax and other fluids in the ear, though a heating pad would be a better option.

Even without the moisture factor, be aware that heat alone can promote bacteria to grow or multiply.
A few drops of white vinegar mixed with distilled water after a shower can actually help the ear canal to dry faster than on its own.

The vinegar-to-water ratio for this simple home remedy should be one to one. If vinegar is not available, a mixture of hydrogen peroxide and water can also be prepared. This solution should be mixed at a ratio of one parts hydrogen peroxide to two parts distilled water.

Like the vinegar-and-water mixture, just a few drops of the hydrogen peroxide tonic can help to dry the ears quickly. Applying a few drops of either solution in healthy ears following showers may also be helpful in discouraging bacteria growth and preventing recurring problems.

These home remedies for Swimmer’s Ear, or outer ear infections known as otitis externa, are not recommended in any patient who is experiencing complete hearing loss, ringing in the ear, severe pain or bleeding from the ear.

Any of the above could be signs of a possible ruptured ear drum, and exposure to additional ear drops of any sort could worsen the problem. Patients should seek medical attention immediately if those symptoms present themselves.

Antibiotic ear drops and oral antibiotics may be prescribed by a doctor to help cure Swimmer’s Ear if the case has progressed beyond home treatment. Significant pain, swelling, redness or hearing loss all warrant a trip to a medical practitioner, and the physician will usually order a round of antibiotics or an anti-fungal medication at this time. Steroids may also be prescribed in conjunction with the oral antibiotics and/or ear drops to speed up the healing process.

Those suffering from acute Swimmer’s Ear, or any suspected ear infection, must never insert ear drops or other solutions into the ear canal on their own without the advice of a doctor or until the exact nature of the infection is known.

Some prescription ear drops that may be beneficial to a patient with an intact eardrum can actually worsen the symptoms and prognosis for recovery in a patient with a ruptured membrane. Fluid that gets trapped in an ear infected with otitis externa, or Swimmer’s Ear, can lead to extended hearing loss and tinnitus, or ringing in the ear.

Tinnitus can be an extremely frustrating and consuming symptom for those suffering from it, and there is no effective way to treat this particular symptom. The ringing should subside and hearing function return gradually as the body is cleared of the infection, and swelling reduces in the ear.

Any child or chronically ill person who is exhibiting severe or worrisome symptoms should be brought to a doctor immediately. Mild cases of Swimmer’s Ear may be monitored at home initially, but should be treated by a medical professional if symptoms appear to worsen in a 16-24 hour period.

Antibiotics and other medications prescribed by a doctor should help start to cure Swimmer’s Ear within one week, and the patient may even feel better sooner than that.

The swelling of the nodes and glands of the neck may lessen, and the painful lumps that often accompany sinus infections, head colds and ear infections may reduce in size. The pain in the neck, the pressure in the ear, the intense earache and external tenderness may improve before the hearing loss dissipates or the tinnitus stops.

A patient suffering from a significant case of Swimmer’s Ear may continue to experience problems with their hearing, including incessant ringing in their head, for several weeks. According to Dr. Steven Wallach of Tucson, Arizona, it can take up to three weeks for the ear to fully heal from an ear infection, especially if the outer infection has spread to include an inner or middle ear infection.

Dr. Wallach advocates the use of steroids in some patients to hasten this recovery time, and says that with proper treatment, relief could come as quickly as within 24 hours.

If the condition does not improve after all of the above, an Ear, Nose and Throat specialist may need to be consulted in order to further treat the infection, and correct any conductive hearing loss. In rare cases, surgery may be required to fix a punctured or ruptured ear drums. Permanent damage to the actual bone structure of the ear, and even the skull, can occur if an infection is left unchecked, though this is mostly seen in older, infirm patients already afflicted by other serious illnesses.