Tretinoin is the acidic form of vitamin A. It is also known as ATRA or all-trans retinoic acid. It is most commonly used to treat acne and other inflammatory skin conditions. It most commonly comes in gel or cream form and is sold under name brands such as Retin-A, Airol, Aberela, Renova, and Stieva-A.

It is also sold by Roche under the brand Vesanoid and is used to treat acute promyelocytic leukemia. It is also available as a generic through many pharmacies.

The most popular use for tretinoin is as an acne treatment. It is also used as a treatment for photoaging, wrinkles, scars and other skin conditions. Some forms are available as a hair loss treatment. Tretinoin is also known to increase collagen production in the dermis, which minimizes the significance of stretch marks. It treats acne, dark spots and wrinkles by lightening skin, shedding old skin cells and regenerating new skin that is healthy, clear and smooth with tight pores that have regulated oil production. 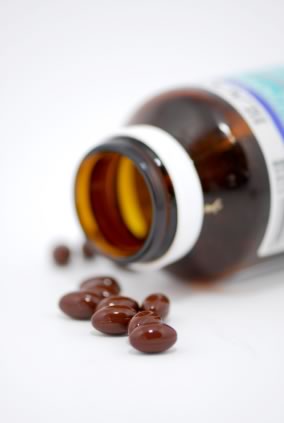 For most dermatological uses, tretinoin is distributed as a prescription gel or cream. Common dosages are .025% or .050%. Due to the fact that tretinoin makes skin extremely sensitive and thin during the first several weeks of use, dermatologists will typically prescribe the lowest possible dosage to patients and gradually increase it as needed.

The first several weeks of using a tretinoin cream are often unpleasant and will make skin look worse than it did in the first place, but the key is to continue use even through the unpleasant side effects in order to effectively treat skin and see significant, worthwhile results. Patients may also start off using tretinoin every other day or even every third day until skin adjusts and can gradually handle larger amounts of the prescription.

It is also important for patients to use as thin a layer of tretinoin cream or gel as possible. A little of this product goes a long way, and using a small amount allows the solution to quickly absorb into skin rather than sit on top of it.

Patients using tretinoin should also follow a strict and consistent cleaning regimen for their skin. For cleansing, an unscented, mild facial wash is ideal. Using a face brush or wash cloth will also help slough away dead or flaking skin that may result from using the product. Patients should also use a light moisturizer during the day with SPF 15 or higher in it. A night time moisturizer may also be applied over top of the tretinoin to prevent dryness or irritation. Tretinoin is typically only applied once a day before bed, as light and ultra violet radiation tend to deactivate the active ingredients in the product, causing it to be ineffective and increase the chance of a severe sunburn.

Studies have shown that young adults who used tretinoin as an acne treatment had less wrinkles or age spots later in life due to the regeneration of new, healthier skin and regulated oil production. Tretinoin is a popular solution to anti aging as it has shown to significantly slow the aging process.

Some patients experience severe side effects that cause more than the average irritation that typically occurs. If this is the case, tretinoin may not be the right product and other alternatives will most likely be considered. Many acne patients will go through several products before determining what is best for their skin type.

Accutane is an oral acne treatment that is an extremely high dose of vitamin A, similar to tretinoin. Accutane is taken for severe nodular acne and is a last resort treatment if several other alternatives have been attempted with no success. It is typically taken for 6 months and will never have to be taken again after this time period. The first several weeks or months of taking the drug are often unpleasant for patients as it causes extremely dry skin, eyes and mouth, but the temporary side effects of the drug are considered to be worth the sacrifice in order to clear up acne that causes a lowered quality of life.

Accutane is a controversial drug as it poses severe side effects including depression, inflammable bowel syndrome, or even suicidal thoughts. It also causes a risk of serious birth defects, and women taking the drug must sign paperwork stating they will use at least two forms of birth control while taking the drug.

Accutane patients must also become part of the iPLEDGE program, which educates patients on all potential side effects, holds them to a contract stating they will not become pregnant or cause pregnancy while on the drug, and gives them a patient identification card so they can access the drug from a primary pharmacist.

Accutane patients must not take any other vitamin A supplements while taking the drug. Several lawsuits have come about as a result of long-term illnesses or conditions caused by taking Accutane. Due to the education provided to patients regarding the risk involved with taking the drug, court cases regarding health issues caused by Accutane rarely end with the patient receiving any financial or medical benefit. The drug is highly effective in permanently clearing up acne and patients who follow guidelines and continue to take care of themselves rarely have any negative side effects.

Tretinoin is also used to treat acute promyelocytic leukemia, a cancer affecting the blood and bone marrow. This is the only form of cancer it is used to treat. It is usually mixed with a variety of other drugs to help grow blood cells that are functioning properly, thus overpowering the weak blood cells that cause leukemia. The typical dosage for a leukemia patient is 8-10 10mg capsules a day for 15 days. This is done about every 3 months until the cancer is cleared. The exact scientific conclusion regarding how tretinoin works and how it causes cells to mature and multiply is still unknown.

Patients who are taking tretinoin as a form of leukemia cancer treatment should notify their doctor if they have high cholesterol or have taken a tretinoin or high vitamin A product in the past. Those who have had negative effects as a result of vitamin A should also avoid taking it for this reason.

Those who use tretinoin to treat skin conditions often experience scaling, itching, burning, redness or other irritation. Because of this, most dermatologists prescribe the lowest possible dosage of tretinoin to a patient and gradually increase the dosage as their skin adapts to the excessive amounts of vitamin A. It is also integral for patients using tretinoin on their skin to avoid direct sunlight, as it significantly increases the risk of extreme sunburn. 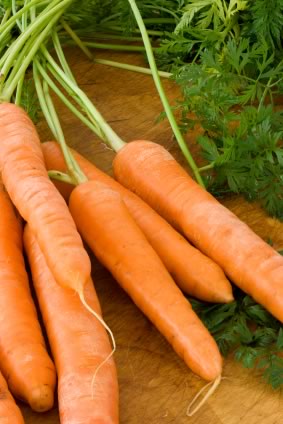 It is also important for dermatology patients to avoid hair removal procedures such as waxing or laser treatments while using any tretinoin product. The top layer of skin will become very sensitive and most likely come off right with the hair due to thinning and extra sensitivity. If patients using tretinoin use some sort of regular hair removal technique, it is important that they consult their dermatologist or aesthetician to determine whether or not they should discontinue the hair removal process while using the drug.

Leukemia patients will also experience side effects while taking large amounts of tretinoin. Retinoic acid syndrome is often developed by patients taking the drug, and can be potentially life threatening if a follow up treatment is not given immediately. The syndrome leads to fever, weight gain, peripheral edema or dyspnea. Retinoic acid syndrome is also known to cause capillary leak syndrome, a rare condition where the size and quantity of pores within the capillaries are enlarged, causing leakage from the blood into interstitial fluid. This may cause dangerously low blood pressure and even organ failure. Side effects of this condition include nausea, abdominal pain, hypotension or even cardiopulmonary collapse.

Tretinoin is a teratogen, which is a category of drugs that cause birth defects, particularly skull abnormalities in fetuses and infants. Pregnant or nursing women are not advised to use any type of tretinoin during their pregnancy, nursing period or time when they are trying to get pregnant. Topical tretinoin, particularly gels and creams, are the safest form to use during pregnancy or nursing, as birth defects caused as a result of use are extremely low and almost nonexistent.

In 2002, the European Respiratory Journal published information about a study suggesting that tretinoin reduced emphysema in lab mice by regenerating lung tissue and increasing elasticity in tissue and skin. However, a follow up study was done in 2006 which found inconclusive results that showed no significant or clinical benefit in mice infected with emphysema. It is still out that additional research must be done in order to consider tretinoin or other vitamin A treatments as a treatment for emphysema.