Most of us feel extremely lucky if our family members make it through the winter without succumbing to any ailments. That’s because along with the first frosty days, winter often brings the flu, colds, coughs and sore throats.

It’s no coincidence that increased sickness comes with decreasing temperatures. When temperatures begin to fall, the body naturally tends to work in overdrive to regulate the normal body temperature. This cold-weather stress compromises the circulation and the immune systems. 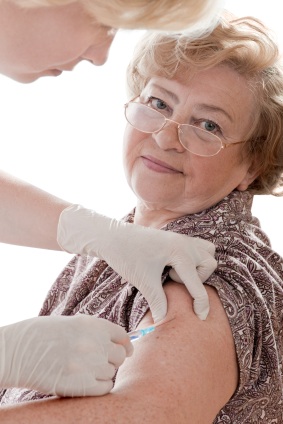 Another reason that people tend to get sick in winter is the fact that they spend more time indoors, in close quarters. When people are inside they are more likely to spread germs to each other. This is especially true for children who may not be that diligent about preventing the spread of germs.

There is also compelling evidence now that suggests that some viruses spread more easily through dry air. The air in an indoor environment is often very dry in the winter, especially when people have their heaters turned on. So, it’s not necessarily the cold that makes an individual sick. Instead, the cold weather just makes it easier for viruses to spread. It also makes people with compromised immune and circulatory systems more susceptible to germs.

The flu, or influenza, is one of the most-feared winter ailments, especially due to new mutations of the flu in recent years. The flu affects 5 to 20 percent of people every year. Each year about 200,000 people end up going to the hospital because of the flu.

Symptoms of the Flu

Causes of the flu

The flu is a virus that spreads through tiny drops of fluid. When someone with the flu sneezes, coughs, talks, or touches their nose or mouth and then something else they can easily pass the flu on to others. In fact, a person can pass the virus on even before they experience the initial symptoms of the flu.

There are three strains of the flu – A, B and C. Types A and B typically cause the flu outbreaks that come with the onset of winter. Type C is more rare and has never been linked to any major flu epidemic.

Age is a risk factor – infants, young children and people over the age of 50 are more likely to become infected with the flu. Those with chronic disorders, such as heart, kidney or lung disease are also more susceptible to the virus. Pregnant women are also at risk. People that work in a health-care facility, nursing home, or that have regular contact with young children also are more likely to come into contact with the flu virus.

The flu vaccine is widely available and it comes in two forms – the “flu shot” and the nasal-spray vaccines, also known as the “flu mist.”
According to the Center for Disease Control and Prevention, the flu shot is approved for use in individuals 6 months old and older. It is okay for people with chronic health conditions to receive the flu shot. The flu shot is an inactivated vaccine that contains killed virus.

Each year, the viruses that are in these flu vaccines change slightly as scientists estimate what types and strains of viruses will be prevalent in that year. For this reason, some years the vaccines are more effective than others. The seasonal flu vaccines, however, do not protect against the H1N1 strain of the flu.

Both of these vaccines work by exposing the human body to the flu virus. The body then builds up antibodies to the virus.

Good hygiene is essential in preventing the spread of most illnesses, including the flu. Washing your hands well is very important since the flu virus is often spread by direct contact. Use soap and warm water and scrub vigorously for 15 to 20 seconds. If soap and water is not available, a commercial hand sanitizer can be used instead.

Eat right, avoid alcohol and smoking, exercise, drink a lot of water and get an appropriate amount of sleep.

Diet is important for general well-being. Eat dark green, red and yellow fruits and vegetables. Aim for 5 to 9 servings of fresh fruits and vegetables per day. The phytonutrients in these fruits and vegetables help to strengthen your immune system, resulting in an increased immunity to the flu virus. Other immune-system boosting foods include raw or lightly cooked garlic, which has strong antiviral properties as well as cayenne pepper which has large amounts of vitamin A. Vitamin A is supposed to be an helpful anti-infection nutrient. Green tea is also recommended. Green tea has shown the ability to help kill viruses as well as a boosting effect to the immune system. 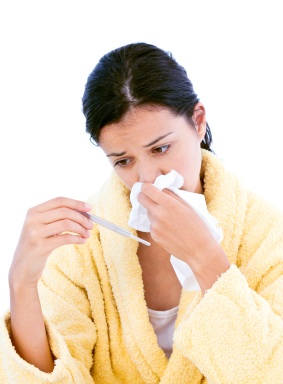 Alcohol and cigarette smoke should be avoided during cold and flu season. Alcohol can be dehydrating. In addition, too much alcohol impairs liver and immune function. This opens the door to infection. Cigarette smoke, even secondhand cigarette smoke, dries out nasal passages and damages cilia (the small hairs in your lungs and nose that help to keep out viruses).

Although you may not feel quite as thirsty during the fall and winter, it is still important to drink eight glasses of water per day. Managing stress and getting enough sleep gives your body an opportunity to recharge. Evidence suggests that when you concentrate on putting your body into a relaxed state, your interleukins (leaders in the immune system’s response against the flu virus) increase in the bloodstream.

Consistent, adequate sleep is one of the most important things you can do for your body. When it comes to immune function, sleep plays an extremely critical role. Of course, getting enough sleep is also important for your metabolism and memory.

If you are not in a high-risk group, you may try the following strategies to ease the misery of the flu. There is no cure for the flu, but getting relief from the symptoms is definitely worthwhile.

Fortunately, most people who get the seasonal flu recover without needing medical care. Doctors, however, can prescribe antiviral drugs to shorten the amount of time that one suffers from the flu. Tamiflu and Flumadine are two examples of antiviral medications. These antivirals must be prescribed within 48 hours after the first onset of symptoms.

The common cold is another ailment that often strikes during the winter. While people may get the flu once a year at the most, the common cold can strike several times a year. It is particular prevalent in winter.

Symptoms of the common cold include cough, runny nose and a sore throat. Some unlucky people also experience a fever, muscle aches, fatigue, headaches and shivering. Most of the times the symptoms will resolve themselves in about 7 to 10 days, though sometimes certain symptoms will persist for up to three weeks. During the first three days that you have a cold you are contagious, so you should spend this time resting and recovering.

In general, cold symptoms are milder than flu symptoms. People with colds are more likely to have a runny nose or nasal congestion. In most cases, colds do not result in serious health complications such as pneumonia or bacterial infections. Also, fevers are more prevalent among those that are suffering from the flu, though children are more likely to suffer a fever and even hives with a cold.

Often, cold symptoms begin with a mild sore throat. This sore throat will sometimes go away in a day or two. Then, nasal symptoms, a runny nose and congestion follow.

If these cold symptoms do not go away after a week to 10 days, you may have a bacterial infection that may need antibiotics prescribed by your family doctor.

Two hundred different viruses are known to cause the common cold, including rhinovirus, coronavirus, respiratory syncytial virus (RSV) and adenovirus. The rhinovirus groups causes anywhere from 10% to 40% of all colds. The coronaviruses are responsible for about 20% of all colds. RSV is responsible for about 10% of all cases. In about 10% to 15% of cases, the common cold is caused by other viruses also responsible for other, more intense respiratory distress. Sometimes the cause of a cold is presumed to be viral, but it the type of virus cannot be determined.

Just like flu viruses, cold viruses enter your body through the mucous membranes of your nose, eyes, ears or mouth.

Avoid touching your eyes, mouth or nose with contaminated fingers. While the virus is harmless on one’s hands, once it is introduced to the upper respiratory tract it can spread through the body there. For this reason, good hygiene and frequent hand washing is recommended. Anti-bacterial soap is no better than regular soap when it comes to preventing the common cold – this is because the cold is caused by a virus and not bacteria.

Get adequate sleep. Something as simple as getting rest doesn’t sound like it would affect your overall health to such a degree, but it does. Sleep is so important for one’s overall well-being.

Stay away from people that are infected, especially during the first three days of their illness.

Herbal remedies, such as Echinacea, have not been shown to shorten or prevent the common cold. In children, however, honey can help quiet a persistent cough.

Decongestants can help to ease a stuffy nose. Warm, humidified air can also alleviate congestion. Analgesics such as ibuprofen or acetaminophen can also help ease other symptoms of the common cold

There are no approved antiviral drugs for treating the common cold, though studies are ongoing in this particular area and they do show some promise. As with the flu, it is important to remain hydrated by drinking plenty of water.

Unfortunately, with all of the advances in medical research, scientists have still not found a cure for the common cold. The common cold, along with the flu, are the two most persistent ailments that we put up with every winter.