Wheezing is a high-pitched whistling sound produced when one breathes through narrowed or obstructed respiratory airways. Breathing seems difficult, and sometimes there is a feeling of tightness in the chest.

Wheezing can occur with any of the following health conditions: 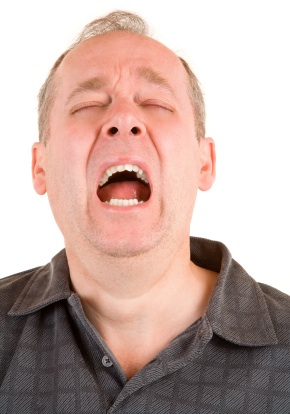 If the airways become severely narrowed as to prevent enough air intake, such as in an anaphylactic shock, death can result. Lung cancer can, of course, also lead to death.
The only wheezing-related condition that can be harmful to others is a contagious infection, such as pneumonia.

The cause of the wheezing determines the method of prevention. The best way to prevent emphysema or lung cancer is to avoid smoking and exposure to second-hand smoke. When wheezing is an allergic reaction, try to avoid the allergen (cause of the allergy.) Also avoid strong perfumes, paint, and strong-smelling chemicals. Wear a mask if you must work with paint or household cleaners or if the air quality is poor. Vacuum carpets often and use a dehumidifier. Cover the neck and mouth with a scarf when outdoors in cold weather. Avoid ice cold drinks.

Keep children from ingesting small objects to proactively prevent cases of wheezing caused by a foreign body. Vaccines prevent such illnesses as influenza and pneumonia. Also try to avoid contact with others who have colds, influenza, or lung infections.

There are several methods used to determine the cause of wheezing. A doctor uses a stethoscope to locate the source of the wheezing, as well as its frequency and point in the breathing process. He may also order a spirotomy (or breathing test) to check for asthma, or he may order a chest X-ray, which can detect pneumonia or sarcoidosis (a swelling of the respiratory tissues.)

Blood tests, such as the Immmunoglobulin E (IgE) antibody level test, is used to determine if the patient is allergic to a particular substance or substances. The eosinophil count measures the number of white blood cells called eosinophils and can detect allergies, as can the skin scratch test. A CT scan of the chest is used to detect lung cancer.

As in the prevention of wheezing, the cause determines the method of treatment. Treatments of the various causes of wheezing can be with herbal and home remedies, pharmaceutical medications, or surgery.

Rest is one of the best common-sense treatments for acute wheezing. Placing a hot towel on the chest and shoulder every 30 minutes relaxes and calms the nerves. Inhaling steam from a humidifier relieves spasms. Pulmonary rehab (a breathing exercise program) helps to strengthen the lungs. And stopping smoking is essential to treat emphysema.

Drinking plenty of water, more than the recommended eight to nine glasses per day, helps to relieve wheezing. Slowly sipping a glass of hot water containing a few cloves can be relieving. A teaspoon of fresh lemon or lime juice several times a day before or after meals can relieve mild asthmatic wheezing, as can broth. Teas, such as ginger, chamomile, or geranium, are soothing. Chewing two to three garlic cloves a day or adding a small amount of garlic juice to vegetable juice are other remedies for wheezing.

In Eastern medicine, a poultice of Turmeric paste works as an antiseptic and healing remedy for wheezing.

Chinese herbs have been used to treat bronchitis, but the safety of the remedy is unknown. The South African geranium (Pelargonium sidoides) has also been used as a remedy for bronchitis and in tests has been found to be safe and clearly effective.

Respiratol is a brand of an all-natural wheezing remedy that claims to bring immediate relief for asthma symptoms. The remedy has no negative side effects. Respiratol is a homeopathic and oligotherapeautic complex. The homeopathic ingredients include

The medicine of oligotherapy uses trace minerals to catalyze enzymatic function and increase cellular metabolism, which supports the body’s natural healing by:

Taken twice a day, Respiratol also supplements the diet with organic nutrients and bypasses the digestive system. A bottle (a 30-day supply) retails for $29.95.

Pharmaceutical treatment of health conditions associated with wheezing can be with either OTC or prescription medications.

Loratadine, the drug contained in Claritin, is a non-sedating antihistamine used to treat asthma. It is available in either tablets or liquid-gels. It can, however, cause an allergic reaction in some patients. It can be purchased over the Internet for $22.49 for 30 tablets.

Primatene, either as a mist or in tablet form, can also be used to treat asthma. The mist (containing the hormone epinephrine) is fast-acting but relief lasts only a couple hours. The tablets (containing the hormone ephedrine) are effective for 2 to 4 hours but take 30 to 60 minutes to take full effect. There are potential side effects for either, including increased blood pressure or pulse, nervousness, sleeplessness, tremor, and seizures. Walmart advertises Primatene Mist at $17.32 for .5 fl. Oz. It sells at Walgreens for $19.99 for .5 fl. Oz. Walgreens offers Primatene Tablets for $10.99 for 60 count. 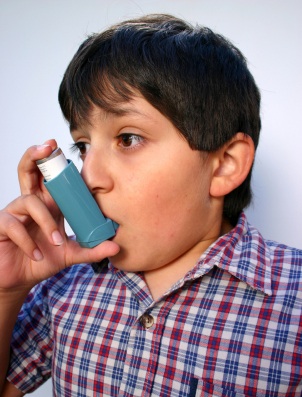 In treating acute bronchitis, acetaminophen, such as Tylenol, or aspirin can be used for pain. They should not be taken along with any other pain relievers.

Ibuprofen, such as Advil or Motrin, can also be used for the pain associated with acute bronchitis. Side effects of Advil can include an allergic reaction, such as hives, facial swelling, shock, skin reddening, rash or blisters. Ibuprofen can also cause stomach bleeding if overused.

Bronchodilators are used to treat asthma and acute bronchitis by dilating and relaxing constricted bronchi and bronchioles. With asthma, they work best if given when symptoms begin. They can either be of the fast-acting type or long-lasting type. They are given while the infection clears in acute bronchitis cases. Albuterol (also salbutamol) is one type of bronchodilator sold under the brand names of Ventolin, Proventil, Proventil-HFA, AceNeb, and Vospire. It may interact with antidepressants, such as Elavil or other stimulant medications, to cause hypokalomia (low potassium.)

The bronchodilator Slo-Phyllin is used to treat the symptoms of bronchial asthma, bronchospasm, emphysema, and other lung diseases. The effective ingredient contained in Slo-Phyllin is theophylline. The drug comes in either syrup, tablets, or time-release capsules.

Quibron expectorant and smooth muscle relaxant is a bronchodilator used to treat asthmatic attacks. The effective ingredients of this drug are guaifenesin and theophylline. It comes in liquid or capsule forms. Serious side effects of this drug may include low blood pressure, convulsions, muscle twitching, rapid breathing, palpitations, or ulcer. Less serious side effects may include headache, diarrhea, heartburn, increased urination, irritability, insomnia, nausea, vomiting, restlessness, or loss of appetite.

Bronchodilators are not so effective in treating chronic emphysema as they are in treating asthma or chronic bronchitis.

Inhaled corticosteroids are prescription medications used to treat asthma. They prevent cells in the lungs and airways from releasing the substances that cause wheezing. They can be used along with bronchodilators or other oral corticosteroids. They can, however, remain in the mouth or throat before reaching the lungs and can cause sore throat, hoarseness, coughing, or dry mouth. More serious side effects can include weakening of bones, increased risk of high blood pressure, cataracts, or diabetes.

Some brand names of inhaled corticosteroids include

The steroid hormone prednisone in tablet form can also be used to treat asthma or other respiratory diseases. There can be some serious side effects, however, including:

Less serious side effects can include

The steroid hormone Medrol, which contains the active ingredient methylprednisone, is also used in tablet form to treat asthma and other respiratory diseases. The side effects are the same as those of prednisone.

Corticosteroids can also be used to treat emergency cases of wheezing when the wheezing becomes so acute, breathing is difficult or nearly impossible. Prednisone or methylprednisone are commonly used for this purpose. Other treatments for acute wheezing include the administering of oxygen or nebulizer (breathing) treatments.

Antibiotics are sometimes used to treat emphysema or other bacterial lung infectioins. Emphysema patients may find relief with the GERD (gastroesophagal reflex treatment,) which includes medications and lifestyle changes, or with supplemental oxygen or pulmonary rehab.

Surgery may be necessary to treat severe emphysema. One type of experimental surgery, lung volume reduction surgery (LVRS), is the process of removing small amounts of damaged tissue in the lungs, which helps them work more effectively. Another type of surgery is the bullectomy, wherein surgeons remove one or more large air spaces (bullae) that form when air sacs are destroyed. This method can also improve breathing.

When all else fails, patients with severe emphysema may need to undergo a lung transplant.