One of the most terrifying injuries that can happen to a person involves suffering from amnesia. Imagine losing your entire memory, all of your life’s happiness and all of the pain; or imagine not knowing who your family is, or even who you are. Amnesia can affect anyone, at any age and at any point in his or her lives. Amnesia can be either the loss of short term memories or long term memories; or in some cases, even both. In addition, patients may have difficulties imagining what their futures may hold, as they may not be able to recall the plans or dreams they had before the onset of the amnesia. In general, there are two main forms of amnesia: Anterograde Amnesia and Retrograde Amnesia. A patient can suffer from either form, or in the worst cases, both forms.

With Anterograde Amnesia, the patient loses the ability to create and retain new memories after the incident that caused the onset of the amnesia. This can also lead to difficulties recalling events that have happened in the most recent past, while memories of their distant past and long term events remain in place. Anterograde Amnesia remains somewhat of a mystery to physicians and neurologists, as the process of retaining exact memories is not yet widely known. 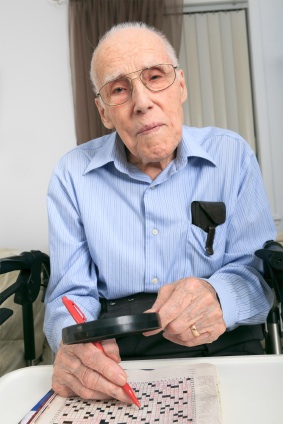 It is believed that there are two main causes of Anterograde Amnesia: drug or alcohol induced or as the result of a traumatic brain injury; however the condition has also been known to be the result of an emotional disorder or a shocking event. In one of the most common forms of Anterograde Amnesia, alcohol induced blackouts, studies have shown that with rapid increases in the blood alcohol concentration within a short period of time can severely impair the brain’s ability to transfer the short term memories into long term memories for storage and the ability to later retrieve them; this is what happens when you hear someone discussing how they are unable to recall the events of the night before.

By drinking large amounts of alcohol either in a short period of time or on an empty stomach, one can have difficulty remembering the events of the time frame in which they were intoxicated, however once they have reached sobriety, their ability to create and retain long term memories is restored in full.

In addition to rapid alcohol consumption, using drugs that are considered benzodiazepines including midazolam, flunitrazepam, triazolam, nimetazepam and temazepam are known to have profound effects on one’s memory functions.

Similar to the effects of rapid increases in blood alcohol concentration, taking an excess of these drugs can impair the brain’s ability to create short term memories and transfer them into long term memories. In cases where the amnesia is either drug or alcohol induced, the patient can easily recover from it, usually after waking from their induced state.

Individuals suffering from Retrograde Amnesia are often found to be unable to recall events that took place before the amnesia set in. In the majority of cases, Retrograde Amnesia is caused by a traumatic brain injury, possibly resulting from a fall or a car accident.

Those who suffer from Retrograde Amnesia can recover their lost memories, although some of the memories that one would had closest to the onset of the amnesia may never be fully restored. It has been described as feeling like the hours leading up to the onset of the amnesia feel more like a dream than actual reality. Currently there is no cure for Retrograde Amnesia, although doing activities designed to “jog” one’s memory may help them remember some skills or events, but not their entire life before the onset.

Psychogenic amnesia, which is more commonly referred to as dissociative or functional amnesia, is diagnosed when one has the presence of retrograde amnesia but does not have the presence of anterograde amnesia. Individuals suffering from psychogenic amnesia cannot remember things about themselves like their own identity, but they are able to retain new information and perform daily functions as they normally would. At times, individuals can lose the ability to read or write, and will have to re-learn these skills.

Repressed memory is a form of amnesia where an individual is unable to recall the events that are traumatic or stressful in an individual’s life. For example, a rape victim may subconsciously block out the circumstances surrounding their attack.

While the memory is stored in a person’s long term memory, the psychological defense mechanisms in their brain will not allow them to remember it. The patient will still have the ability to learn new information, and as time passes, they may begin to recover all or some parts of the memory they had previously blocked out.

Childhood amnesia, also referred to as infantile amnesia, is best described as the inability to remember events from a person’s own childhood. This can refer to traumatic events or even just remembering activities or vacations taken with one’s family. The majority of patients have reported having difficulties remember events that occurred from birth to the age of four years.

In addition to head trauma and drug interaction, amnesia can also be a result of surgeries performed on the brain. At times neurosurgeons may have to remove a part of the brain in order to prevent or treat a more serious disease, or the parts of the brain can become damaged during surgeries. An individual suffering from a brain tumor that needs to be removed runs the risk of having one of the parts of the brain that is a part of the memory process either damaged or removed, causing either Anterograde or Retrograde Amnesia.

The easiest symptom of amnesia to recognize is memory loss; whether it is only a part of the memory or total loss, or whether it is a temporary setback or a more permanent loss. Individuals may also show difficulty in retaining new memories and information. One may also experience false recollections of events, at times inventing memories or confusing multiple events with one another. In addition, an individual who is suffering form amnesia can experience neurological problems including tremors and seizures, as well as appear confused or disoriented. 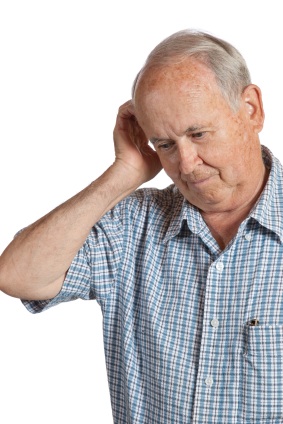 If one has experienced certain injuries or events, they may be at a higher risk for amnesia. These include, but are not limited to, brain surgery and trauma or injury to the head; abusing alcohol and strokes or seizures. And while an individual can live with amnesia, the complications from dealing with it can impact ones daily life. Being unable to recall specific memories can lead to problems in social settings, at work or school and at home.

Some may never recover their lost memories. And those with the most severe cases of amnesia may require constant supervision or be required to live in an extended care home where they can be monitored, as even completing the smallest tasks can become impossible to do.

Unfortunately, it can be impossible at times to completely prevent amnesia. No one can predict when they may experience a traumatic injury such as a car accident; or when they may fall victim to a vicious attack such as a rape. However, the following tips are recommended to decrease your chances of suffering from amnesia in the event of an accident: wearing a helmet if participating in dangerous sports or bicycling; wearing your seat belt when in an automobile; avoiding the excessive use of drugs or alcohol.

For those who have a head injury, make sure to get treatment as soon as possible after the incident. And if one feels that they are suffering from a brain aneurysm or a stroke, seek medical attention immediately.

The treatment of amnesia will vary depending on the type and cause of amnesia, as well as how each individual person’s body reacts to the cause. One treatment for those who are suffering from amnesia as the result of a traumatic event is cognitive rehabilitation.

The individual would need to be surrounded by love and support, as well as counseling to overcome what happened to them, although recalling such memories can do more harm than good. Psychotherapy and hypnosis is another option, as it can aid in recovering the lost memories. In the case of drug or alcohol abuse, emotional support as well as counseling to determine the root cause of their addiction is needed.

If the amnesia is caused by a condition that affects the brain such as an injury or Alzheimer’s, the treatment will be much more medically based. In the case of physical damage to the brain caused by injury, it may very well be impossible to treat with anything other than time and/or therapy.

Some patients find that they recovered their memory once the brain has had time to adapt to the trauma, while others have unfortunately found the loss to be permanent.

In the case of a disease such as Alzheimer’s, the best course of treatment for amnesia is to attempt to prevent any additional memory loss. What is gone will most likely never return as an individual advances through the stages of the disease.

There are prescription options that an individual can take that work to either protect the brain itself or slow down the rate at which the memory is lost. However, as with most prescriptions, side effects can be significant and may include nausea and vomiting, loss of ability to sleep and loss of appetite. In most instances, the drugs merely slow down the inevitable.

While living with amnesia is not the best scenario for anyone, as medical technology advances doctors may be able to determine a more specific root cause of the disease, and in turn come up with a cure. But in the meantime, being there and supporting those who are dealing with amnesia and helping to restore their precious memories is a key part of helping those who are living with the disease do just that: Live.