B3 is a vitamin that is made up of nicotinic acid, or niacin, and niacinamide, its amide. Vitamin B3 is typically found in a number of different foods, including fish, meat, eggs, yeast, cereal grains or green vegetables. Niacin can also be converted within the body through dietary tryptophan. Typically, the vitamin B3 can be found in a B complex with other vitamins in its family, such as folic acid, thiamine, pantothenic acid, riboflavin pyridoxine and cyanocobalamin.

The following uses as described below have either been tested in humans or in animals. However, neither the safety nor the effectiveness have always been proven. A qualified healthcare professional should make the evaluations for some of these conditions because they are potentially serious. 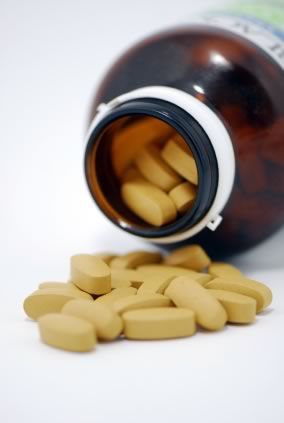 Vitamin B3 is a very well accepted treatment in those who have high levels of cholesterol. Several studies have confirmed that niacin, though not niacinamide, has had benefits of significant levels with regards to HDL, which is good, high density cholesterol.

Though less dramatic, there also seem to be benefits associated with the levels of LDL, which is bad, low density cholesterol.

B3? Get Remedies Fast!

Find B3 Products on Amazon

Including niacin to another drug, such as a statin, may help with increasing the effects that is has on lipoproteins with low density.

Using niacin in order to treat dyslipidemia that has occurred due to type 2 diabetes has always been a controversial issue because it runs the risk of worsening a person’s glyemic control. Before beginning niacin, patients should consult their physician or local pharmacist.

The United States Food and Drug Administration have approved the usage of niacin in those who are deficient in niacin. Pellagra is the nutritional disease that occurs when a person have an insufficient dietary level of the vitamin B3 in their body, or of tryptophan, the chemical from which it is made. Symptoms of pellagra include dementia, depression, skin disease and diarrhea.

Niacin effectively reduces the levels of lipoprotein and cholesterol in the blood system, which might reduce the risk of the arteries hardening, or atherosclerosis. However, niacin is also known to increase the levels of homocysteine, which might have the opposite effect. Evidence from multiple studies support the usage of niacin, but only in combination with other drugs that serve to decrease cholesterol and to gradually decrease atherosclerosis. Before a firm conclusion may be drawn, it is necessary to first obtain more research.

Because niacin is known to lessen the levels of fibrinogen, lipoprotein and cholesterol, it may be useful in lessening the risk for having a second heart attack. However, because niacin is known to increase levels of homocysteine, it may also increase the risk. Several studies, many of which pertained to studying the effects of the vitamin alone and with other drugs, have been performed to see how well it prevents heart diseases and fatal heart attacks. The research suggests that niacin is beneficial in conjunction with other drugs that lower cholesterol.

The choroidal blood vessels may benefit from niacin. These blood vessels are beneath the retina, in an area called the macula. When macular degeneration occurs, the blood flow in these vessels may become interrupted, and it is believed that niacin might be able to help treat it. However, more research is necessary.

When a person undergoes a severe deficiency of niacin, dementia may occur. However, it is currently unclear whether niacin in the diet can lead to Alzheimer’s disease or a neurodegenerative decline. More research is necessary.

Niacinamide is thought to be able to delay a person’s need for insulin or to prevent diabetes. However, it is necessary to conduct more research about using niacinamide to prevent or delay the onset of dependence of insulin in those who have developed type 1 diabetes. Niacin has previously been used in order to treat the instance of dyslipidmeia that develops from type 2 diabetes. Patients should seek consultation from a physician prior to beginning any kind of new therapy, including niacin.

Uses Based on Tradition or Theory

The uses as described below are based upon tradition of theories. Often, they have yet to be thoroughly tested within humans, so the effectiveness and the safety have not fully been proven. Consult a physician prior to beginning a new therapy.

Rarely, it has been reported that oral or intravenous niacin therapy has resulted in a severe allergic reaction, or anaphylactic shock.

The majority of people who decide to take niacin will likely experience a warm sensation and the flushing of the skin, especially in the area of the neck, ears and face, upon increasing a dose or beginning treatment. This is typically a mild reaction, though some people have experienced enough of an intolerable level, such at up to half of the participants in a study have ceased taking the therapy. It is also common to feel itching and experience dry skin. To reduce the flushing, a person may consider taking a non-steroidal anti-inflammatory drug, such as aspirin, naproxen, ibuprofen (Motrin, Advil, others) or indomethacin.

Additionally, it may be beneficial to take an antihistamine about fifteen minutes prior to taking a dosage of niacin. When taking niacin products that are slow to release, there may be fewer instances of skin flushing than that of a niacin preparation with regular release schedules, or it may only delay the instance of the flushing appearance. After two weeks of therapy have gone by, the flushing response appears to decrease without any outside interference. When beginning therapy with niacin, patients may experience nausea, vomiting, mild stomach upset and diarrhea, though these symptoms generally seem to resolve themselves with regular, continued usage.

Some of the more serious side effects that may occur from using niacin include the worsening of stomach ulcers, liver toxicity, and altered insulin levels or blood levels, or uric acid concentrations. There have been numerous reports of increased liver enzymes in the blood, liver toxicity, fluid in the abdomen, jaundice or liver failure. Because of the nature of these side effects, it is recommended that liver blood tests are conducted and that the liver is monitored while taking niacin. Though there may be less skin flushing associated with niacin products that are slow to release, this might worsen the side effect for the stomach and the liver. Low blood pressure may also result from taking high doses of niacin.

Studies have also seen reports of muscle cell damage, lactic acidosis and the increase of creatine kinase, which is a marker damage to the muscles, in the blood.

Other side effects occurring after the use of niacin have included circulatory collapse upon injecting through the veins, abnormal heart rhythms and heart palpitations. There are risks of increased levels of homocysteine in the blood when taking niacin either alone or with colestipol, as proven by certain research in humans. Having a high amount of homocysteine may increase the risk of a person developing heart disease.

When taking sustained release niacin, there have been reports of experiencing problems with blood clotting. Other reports included having a slight increase in blood eosinophils, as well as a low number of white blood cells, or leucopenia.

Side effects that have also been reported, though rare, include tooth or gum pain, dry eye, headache, breathing difficulty, dizziness, increased anxiety, rash, panic attacks, in addition to decreased thyroid function. Other published accounts of side effects, which were temporary, of the eyes exist, including toxic amblyopia, blurred vision and macular swelling. These side effects resolved themselves with the absence of niacin.