The CDC estimates that more than two million people between the ages of 14 and 39 are infected with Chlamydia, also referred to as Chlamydia Trachomatis. Many people do not seek treatment because they do not realize they have fallen victim to this silent infection. There is also a certain level of under-reporting because of the social stigma that is attached to this disease. The CDC currently estimates that more than three million Americans become infected with Chlamydia every year.

Chlamydia will cause damage to a woman’s reproductive organs. Chlamydia has the ability to cause serious, even irreversible damage before the woman even realizes there is a problem.

Chlamydia can cause pelvic inflammatory disease in 40% of women who are not treated. This disease can permanently damage reproductive organs and the surrounding tissues.

Pelvic pain, infertility and ectopic pregnancies can all result from Chlamydia.

Women who have Chlamydia are five times more likely to become infected with HIV if they are exposed to it than women who do not have Chlamydia.

Pregnant women with Chlamydia are at a higher risk for premature delivery. The babies are at risk for getting the infection in their eyes and respiratory tracts. Babies who contract this infection also commonly develop infant pneumonia and conjunctivitis, or pink eye.

Men who are infected with the disease do not typically suffer any complications. The infection can spread to the epididymis. This is the tube that carries sperm. In this event the result can be pain, fever and sterility. However, this is a rare event.

Another rare result of this infection is the development of Reiter’s Syndrome. This can cause arthritis along with skin lesions and the inflammation of the eye and urethra.

Part of what makes Chlamydia so dangerous is the incredible lack of symptoms. This disease can progress unchecked because roughly 75% of women and 50% of men will not experience any symptoms.

For those people who do show symptoms, they are typically seen between one and three weeks after the initial exposure.

If the infection is in the rectum, symptoms can also include rectal pain, discharge or bleeding. Chlamydia can also infect the throat area of people engaging in oral sex. 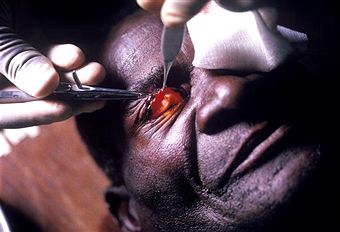 Women and girls under the age of 25 who are sexually active should be screened annually for Chlamydia. Older women with a new partner or multiple partners should also be screened. Pregnant women should always be screened, due to the potential risk to the baby.

Testing is done through lab work. The urine can be tested, or the doctor may want to take a specimen from the penis or cervix.

Serious side effects include:

Each of these home remedies is effective due to the ability of the ingredients to boost your immune system. During these treatments, you should absolutely abstain from engaging in any sexual activity.

Keep in mind that Chlamydia can be passed through all forms of sexual activity, including oral sex. Condoms can be used to prevent transmitting the disease, and should be used at all times unless you are in long-term, monogamous relationship.

Chlamydia can be asymptomatic, meaning that you can have it, and spread it, without showing any symptoms.

Chlamydia responds very well to antibiotics and can be completely cured.

Chlamydia is mainly spread through kissing, not oral sex.

Don’t be alarmed if it burns when you pee, it could be nothing.

Anytime you feel burning when urinating, it could be a sign of something serious. Stop having sex immediately, and contact your doctor.

You’ll know just by looking at someone if they have an STD.

People with STD’s do not look any different than anyone else. Never assume that someone is free of diseases just because they are very “clean”.

Use two condoms for ultimate protection from STD’s.

Using two condoms actually increases friction and the likelihood of them both failing.

If I do have an STD, I’ll know it right away.

Most STD’s have no symptoms, and can easily be passed along from one person to another because no one realizes they are infected.