Goitre (more commonly refered to as “a goiter” and sometimes called “bronchocele”) is a thyroid condition most commonly resulting from a lack of iodine. This condition is often manifested as a large swollen area on the neck, which is referred to as “a goiter”. Swelling of the thyroid often will trigger swelling of the voice box (larynx) as well. Goitre is not a very common condition but is usually found more often in women than men. Generally, because women are more likely to experience thyroid problems than men, this means that a goiter will be more likely to develop on a woman’s thyroid gland than a man’s. Recognizing the symptoms early is key to treating this condition.

Treatments are available, but before seeking treatment it is important to fully understand what forms of goitre exist and what the associated characteristics are. 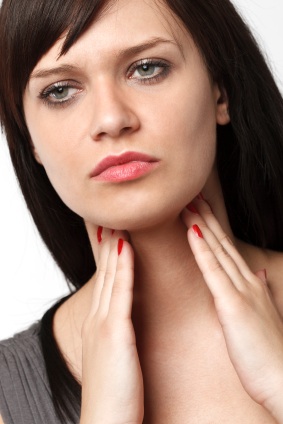 There are several classifications of goiters. It is first important to define exactly which type of goitre exists before seeking treatment or considering any further action. There are three types of goiters which are classified based on their visibility:

There are also three classifications for types of goiters, which depends on the severity of the mass:

There are many factors which may contribute to the cause of a goiter or thyroid swelling. Each person’s body is different, so the causes vary between each individual. Some of the most common causes are:

Antibodies wrongly attacking the thyroid (Grave’s Disease). These antibodies are meant to boost the immune system by attacking only harmful cells, but chemical messengers become dysfunctional and wrongly attack the good thyroid cells instead.

Cancer of the thyroid. Nobody wants to think about cancer, but if cancer is the diagnosis there are many new promising treatments for thyroid cancer.

The presence of a variety of thyroid nodules; these nodules may be single or congregate in clusters. Either way, the nodules often form a swollen region.

Early warning signs and symptoms of goitre vary from one person to the next. Following is a list of possible symptoms a person with a developing goitre may notice. It is important to keep in mind that not all of these symptoms together may be present; in fact is is possible to not experience any of these symptoms. Possible early signs may appear:

Goitre is not an everyday common occurrence. If the presence of goitre is suspected, an appointment with a trusted physician should be scheduled immediately. If a patient experiences any suspicion that an incorrect diagnosis has been made, the patient is strongly encouraged to seek a second opinion. Seeing a doctor is often costly, so making the appointment as informative and worthwhile as possible by providing extensive information is crucial. While meeting with the doctor, here are a few helpful tips to remember, ensuring the doctor will receive all the information required to make an accurate diagnosis:

What To Expect With Diagnostic Testing

Going to the doctor and not knowing what to expect usually seems like torture for those who are already worried. Fortunately testing for goitre is fairly non-invasive and simple. Several methods are available to screen patients for the possibility of goitre. A few of these methods are:

A blood test; components of the blood may be tested for antibodies, TSH levels and other hormones. This is necessary to determine danger levels and how to proceed in further treatment.

Ultrasound technology is used (similar to that used in OB labs) to see what is under the skin. A stick-like structure is moved along the length of the throat to see the thyroid and observe it for any abnormalities.

Thyroid scans involve an injection of a component into the blood, making the thyroid visible on a screen. This process is completely painless and involves the patient lying on the back and resting while the injection flows through the blood. This injection is specially designed to create a sort of illumination of the thyroid, which will expose any abnormalities.

Often for goiters which are still relatively small and do not pose an immediate threat, simple monitoring and frequent physician observation of the goiter will be required. Several different treatments are used, including the following:

Iodine-131 is used to destroy unwanted thyroid cells. As discussed earlier, sometimes these thyroid cells are produced in unusually high quantities. This will result in shrinkage of the swelling, but may alter the thyroid in such a way that medication will be necessary to balance proper production of thyroid cells.

Medications are the most common treatment attempted first. Hormone replacement drugs are often necessary for those whose thyroids produce too many cells. The drugs commonly used for this type of thyroid disorder are Levothyroxine and Methimazole. Balancing hormone levels by using these medications will aid in shrinkage of the goiter.

Surgery is also an option but is often dreaded by most people because a part of the actual thyroid gland is removed in this surgery. Even if the surgery is successful, patients may be required to take regular medication to balance thyroid hormone levels.

Many people may not be able to afford the traditional treatments required to treat goitre. The grim fact of how expensive medications are, especially without insurance is often too much for some people. Of course many of those who suffer from goitre will require lifelong medication treatments in addition to any other treatment used. Fortunately for those who are against traditional drugs or simply cannot afford them, there are home treatments and natural remedies which one may utilize instead.

Practicing a combination of several home remedies is recommended and encouraged. Many of these treatments have proven just as successful as medication therapy for many satisfied patients. A few of the popular therapies proven to work are:

Some Things Goitre Sufferers Should And Shouldn’t Do

Once the condition of goitre has been confirmed, the person must learn to eliminate some ingredients from the diet. Whether taking the alternative or traditional treatment route, these simple guidelines will help any goitre sufferer keep the symptoms minimal or eliminate them:

Avoiding alcohol, caffeine and sugar is highly recommended. Occasionally it may be acceptable to consume
these things, but regular consumption may only contribute to goitre symptoms returning.

Planning meals is recommended, in fact it is best to eat several small meals in a day, all at regular times.
Keeping the system on a “schedule”, so to speak, has proven beneficial in keeping symptoms minimal.

Cigarette smoking should be avoided. Although this practice is most directly related to lung problems, it is a well-known fact that when the body is trying to maintain homeostasis, fighting off carcinogens will upset the homeostatic balance. For those with a hormone imbalance it is best to avoid practices which will upset homeostasis; instead it is recommended to embrace a more healthy addiction, such as exercise. Walking, cycling and jogging are beneficial in many more ways than one and are ultimately beneficial in fighting goitre’s many manifestations.

Adjusting Life to Live With Goitre

Changing the entire lifestyle is not easy for anyone; changing one’s diet may prove to be just as difficult for many. Unfortunately for those with goitre, this is often necessary to keep the problem from becoming too severe and producing a bulbous swelling on the throat. There are two important things to remember when considering diet change. Before setting track on a specific diet, it is absolutely imperative to have a physician or specialist’s exact diagnosis of which type of goitre is present and what the underlying condition was that caused it.

As mentioned, goitre may be caused from not only a lack of iodine, but also too much iodine. Discovering which diet is required is crucial to gaining control of the condition. Once a proper diet has been established by a physician, it should be followed exactly. If taking a natural route, completing extensive research about goitre and the many foods allowed and how often to consume them is recommended. 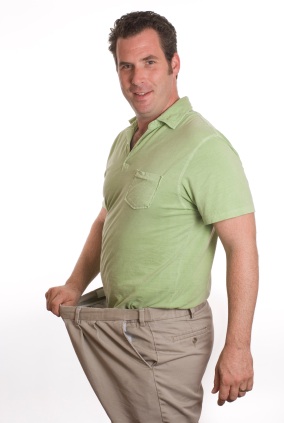 Some natural treatments may work for some and for others, they may not be successful. Trying new treatments is always encouraged. People who experience frequent irritation from this condition may notice feelings of depression, irritability and mood swings. Finding personal ways to combat these problems as they arise is beneficial; discovering new hobbies and trying new activities often proves successful in helping victims find a new source of joy in life.

Living with goitre is not desirable but those who suffer from it often find that after a short length of time, adjusting to the new lifestyle is no longer a burden and they find a “groove” in life, so to speak. It is important to remember that goitre is certainly not the end of a happy life!

There are several factors which determine one’s risk for developing goitre. Certain specifications have been formed to classify those who are most at risk. These include:

Sex, age and medical background. Females are of course the most likely to develop goitre. Men and especially women over the age of 50 should be checked frequently for thyroid problems. Those who have a medical history of thyroid problems should adjust to a natural diet and follow the recommendations of things to avoid listed above.

Lack or excess of iodine is of course the main cause of most goitre cases, as discussed previously.

Before 1000 AD, the Chinese were the first to identify this type of condition. At that time, they used the thyroid glands of certain animals to treat goitre. The glands were made into a medicine and taken by the people who suffered from goitre. Thyroid glands in the animals they used were very rich in iodine and hence the treatments were very effective. In the last 300 years, the discovery of iodine and its correlation with the thyroid has made treatments slow but progressive and much more effective.

Some underdeveloped countries still use the animal thyroid treatments today, but this type of treatment is very rare. Those who suffer from goitre in India use many of the natural remedies listed above. India has a promising proven success record in those who follow natural treatment guidelines closely. Their remedies have become very popular in Western countries and are some of the most widely used therapies to naturally treat goitre today. Goitre may affect anyone, so for healthy people without thyroid problems, it is important to consume sufficient iodine and try to avoid large amounts of processed foods.