Hyperthyroidism is a condition where the thyroid gland produces too much of the thyroid hormones thyroxine (T4) and/or triiodothyronine (T3). The thyroid is an important gland in the endocrine system that is responsible for controlling the body’s metabolism. Over production of thyroid hormones can serve to excite the sympathetic nervous system and make the body’s metabolism speed up. Metabolism is the set of chemical processes that convert substances derived from food into energy that the body’s cells need to function.

The endocrine system is responsible for releasing hormones and chemicals into the blood through various glands. Hormones act as chemical messengers in the body that instruct certain parts of the body to react in certain ways.

For example, the pituitary gland releases growth hormone, which causes the body to mature and increase in stature and weight. Similarly, the thyroid gland releases hormones that have the effect of either boosting the metabolism as in the case with hyperthyroidism, or slowing it down, such as in a person with hypothyroidism.

The thyroid is a small, butterfly-shaped gland located in the neck. In order to produce thyroid hormones, the thyroid requires a source of iodine, an element found in certain foods like seaweed. The thyroid gland produces two types of hormones, which are differentiated between one another by the number of iodine atoms, their molecules include.

Hyperthyroidism is often referred to as having an overactive thyroid or a goiter. 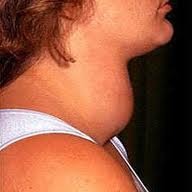 There are three major subtypes of hyperthyroidism which represent the three main causes of having a hyperactive thyroid gland. Each has a different origin, but all result in the thyroid gland producing too much thyroid hormone.

The most common cause of hyperthyroidism is a condition known as Graves’ disease. Graves’ disease is named for an Irish doctor named Robert James Graves, who first described the disease in 1835. Over 95% of patients diagnosed with having an overactive thyroid gland have Graves’ disease.

Graves’ disease is most common in women between the ages of 20 and 40. Graves’ disease is a condition in which the body produces an autoimmune attack on the thyroid gland. The immune system is the body’s defense mechanisms against foreign invaders and pathogens such as viruses and bacteria. In a normal immune response, the immune system detects foreign bodies and tries to kill them by releasing white blood cells that contain antibodies.

When the thyroid gland detects these antibodies that it mistakes for TSH, it interprets this is a message to produce more of the T4 and T3 thyroid hormones. The elevations in these thyroid hormones increase metabolic processes and can cause problems like bulging eyes, skin conditions, and the formation of a goiter. A goiter is a protrusion in the neck.

In nodular thyroid disease, certain parts of the thyroid gland, rather than the gland as a whole, become overactive and release too much thyroid hormones. Over time, these sections of the gland can become enlarged and form nodules, which are a type of benign tumor.

Being on medication for a thyroid condition may also cause hyperthyroidism if too much it taken.

A less common cause of hyperthyroidism is a tumor in the pituitary gland. A tumor in this gland may cause the overproduction of TSH, which instructs the thyroid gland to produce too much of the thyroid hormones. 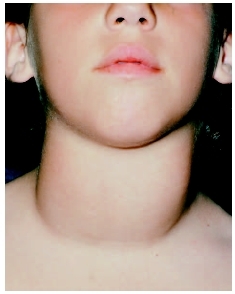 These effects may cause the following to occur in people with hyperthyroidism:

People with a mildly overactive thyroid gland may not notice any symptoms. Also as age increases, particularly among people above 70 years old, the number of symptoms decreases or is absent. Typically, the more severe the level of hyperthyroidism, the more symptoms will be present.

Tests for hyperthyroidism may be given when a patient complains about symptoms that are indicative of an overactive thyroid. While one symptom in of itself may not indicate a thyroid problem, many symptoms taken into consideration as a whole may paint a clearer picture.

Blood tests using raidioimmunoassay (RIA) and thyroid scans are two common tests performed to detect hyperthyroidism. Performing more than one test is usually necessary to pinpoint the cause of a hyperactive thyroid. This is because there are multiple glands associated with thyroid hormone production. For example, while a blood test may show an elevation in T4 levels, this could indicate a problem with the thyroid itself, or the pituitary gland which releases THS.

The first tests performed by using RIA measure thyroxin (T4) and triiodothyronine (T3) serum levels. The T4 serum level is the amount of unbound T4 thyroid hormone in the blood. As long as a person is not taking medication to control the thyroid, this test can usually indicate how well the thyroid is functioning.

Normal values for the T4 test are 4 – 11 mcg/dL. T4 makes up 80% of the total thyroid hormone that remains unbound to proteins in the blood. The other 20% is composed of T3. Elevated levels of T3, even with normal levels of T4 may indicate hyperthyroidism. The normal range for T3 is 75 – 220 ng/dL.

In other words, a person with abnormal TBG levels will have high or low levels of T4 and T3, but suffer none of the effects of having these anomalous levels. Elevated or depressed levels of TBG is often hereditary. A normal range for TBG is 0.5-5.0 miliIU/L.

The pituitary gland produces Thyroid Stimulating Hormone (TSH). TSH is a hormone that sends a message to the thyroid gland to secrete more T4 and T3 thyroid hormones. In hyperthyroidism, TSH levels are well below normal, because the pituitary gland senses that T4 and T3 levels are too high and need to be lowered through less stimulation by TSH. TSH measurements are used in combination with serum T4 and T3 levels to make a diagnosis. Normal range for TSH is 0.5-5.0 miliIU/L.

Imaging tests are also useful when used in tandem with blood tests to diagnose hyperthyroidism. One of the most common imaging tests is an iodine uptake scan. The thyroid gland is the only gland in the body that uses iodine to form a hormone. The thyroid absorbs iodine, that is obtained through food, through the blood stream and uses it to form T4 and T3 hormones.

Finally, a thyroid ultrasound may be ordered to determine the size of the goiter or nodules and detect tumors.

Certain groups of people may be more at risk for developing hyperthyroidism than others. Some risk factors include

Genetics and family history of thyroid disease
Being a female between the ages of 20 and 40
Having Japanese ancestors
Diet high in iodine
Viral infections
History of autoimmune diseases like diabetes, lupus, or arthritis.
Stress

Anti-thyroid drugs are the first line of defense for people with hyperthyroidism. These drugs work by inhibiting the thyroid from producing T4 and T4 hormones. The thyroid will still produce these hormones, but in lower levels and less efficiently. The two most popular anti-thyroid drugs are methimazole and propylthiouracil. These two drugs have some mild and relatively uncommon side effects including rash, itching, and/or fever. In rare instances, the liver can become inflamed. Once use of these medications is stopped, hyperthyroidism will return.

Surgery is a rare option for hyperthyroidism patients. Surgery is best suited for people with nodular hyperthyroidism, where small portions of the thyroid can be removed without having to take out the whole gland. As with any surgery there is the risk of infection or death, but the chances are minimal. Surgery on the thyroid also carries a risk of damaging nearby, delicate structures in the neck. Surgical removal of the thyroid can also result in hypothyroidism like radioactive iodine treatments.

Several natural herbs and supplements can help to alleviate some symptoms produced by having a hyperactive thyroid, but none can cure the underlying problem that is causing the disease.

Bugleweed is an herb related to mint. It lives near water and has white leaves. Bugleweed contains organic acids such as lithospermic acid that may possibly block TSH produced by the pituitary gland. In addition to blocking TSH, bugleweed may also act as a TSH receptor blocker, preventing the uptake of TSH by the thyroid completely.

Regular exercise and a balanced diet may help to regulate thyroid hormone levels and decrease inflammation of the gland if it exists.

As always, before beginning any alternative treatment for hyperthyroidism, it is important to check with a doctor.