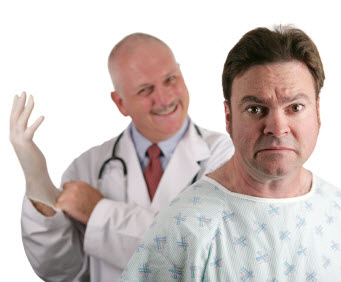 The prostate gland is anatomically positioned inferior to the urinary bladder and is roughly the size of a walnut. By the time a man reaches the age of twenty, the gland weighs approximately twenty grams.

As the age of a person increases, the gland begins to grow at a slow rate. It surrounds a short section of the urethra known as the prostatic urethra.

Physiologically, the prostate is predominately associated with semen production and houses the ejaculatory duct.

The prostate gland generates about thirty percent of the semen’s composition. As important as this particular gland is, it is also commonly linked to some of the most common disorders in males today. The most common types of prostate disorders are benign prostatic hyperplasia, also known as BPH, prostate cancer, and prostatitis.

There are several different forms of prostate disorders ranging from swelling to cancer of the gland. Benign prostatic hyperplasia, or BPH, is a non-cancerous enlargement of the prostate gland in men. The problem with this increase in size is that is has a compressing effect on the prostatic urethra, which may then obstruct the passage of urine. Prostate cancer is simply a cancer that starts in the gland itself.

Unlike most cancers, this form of cancer develops slowly and shows no signs or symptoms until the disease has progresses to later stages. Once the cancer has spread to other areas, the problem is no longer curable but the effects can be managed for many years. Prostatitis is the inflammation of the prostate gland due to infection. This can be caused by numerous reasons but the most common cause is due to bacteria.

While there are many different divisions within the subject of prostate disorders, many of them often express some of the same signs and symptoms. One of the most common tell tale signs of a prostate related disorder is the burning feeling or sensation during urination. When the prostate enlarges it places more pressure on the urethra.

Because of a layer that surrounds the gland, it enlarges inward towards the urethra rather than outward. This compresses the urethra with a great deal of pressure and makes it more difficult to expel urine. Frequent urination and the feeling that your bladder never completely empties are also signs of a prostate disorder.

Other signs and symptoms include the following

Note that the symptoms of prostate disorders are not limited to this list only. There are others associated with it as well. If you are experiencing any of these symptoms, then it is a good idea to contact your contact your doctor for professional advice and treatment.

As with any other disease, there are numerous causes to prostate disorders. Each type of disorder has a separate list of causes.

The cause of benign prostatic hyperplasia is thought to be a due to a change in hormone balance associated with old age. This particular disorder is very common with men over the age of seventy five. In this disorder, the gland increases in size very slowly. The problem may begin as early as 30 years of age and show no symptoms until the late 60’s of 70’s.

As for the cause of prostate cancer, a direct, factual answer is still yet to be determined. However, there are many risk factors that can increase the chances of contracting this type of cancer. Prostate cancer seems to be related to age. Men between the ages of 55 and 70 have the highest risk for developing this disorder.

Also, poor diets have been associated with the disease as well. In particular, diets high in animal fat seem to have the most correlation with the cancer. Finally, while it has not been proven, recent theories believe that having a vasectomy may increase the chance of developing prostate cancer.

Prostatitis is similar to prostate cancer in the sense that little is known about the disease in regards to what triggers it to occur. Many believe that it is closely associated to a bacterial infection, but are still searching for other causes. The bacteria can enter the prostate though the urethra, from urine that has been exposed to a bladder infection, or by the use of a catheter.

Race is another factor that can increase the chances of developing some type of prostate disorder. For some reason, prostate disorders are more common in African American men. However, the reason as to why this statement is true is not entirely clear. Non-Hispanic whites are also at a greater risk than Asian and Latin Americans.

Another interesting risk factor is nationality. Problems associated with the prostate gland are more common in areas such as North America and Northwestern Europe than in countries like Asia, Africa, and South America. However, some argue that not enough testing is being done in some of these underdeveloped nations, while more tests are carried out in those that are more developed.

Prostate cancer has been known to run in families. Men with family members that have had a prostate disorder are more likely to get it as well.

Diet is another subject that may play a role in determining the causes of prostate related problems. In some clinical studies, men that consumed diets rich in red meat and low in fruits of vegetables seem to have a bigger chance of getting a disorder. However, this information is still unclear and is still being investigated.

Tests and Diagnostics For Prostate Disorders

There are a couple of tests that can be used to detect prostate cancer. One of the most efficient ways to detect a disorder is to get a digital prostate examination. Of all the tests, this is the easiest one to perform.

The doctor simply goes though the anus and with their finger they can detect tumors, masses, or swelling in the gland. If the digital prostate exam raises suspicion, the next step would be to get a PSA blood test. PSA stands for prostate specific antigen. This is a protein that is specific to prostate cancer which makes it very effective at diagnosing the problem.

While this is indeed a great tool for detection, it is not foolproof. PSA levels may also rise if there is any inflammation, infection, or urinary retention near the prostate. These two measures are great for detecting a probable diagnosis but the only method that will give you a definite answer is a biopsy of the prostate.

This procedure is guided by a transrectal ultrasound. The ultrasound images are used to guide a needle which the doctor uses to extract small tissue samples. Biopsies can also be performed using a cytoscope. In this method, the tool is inserted through the urethra rather than through the rectum. 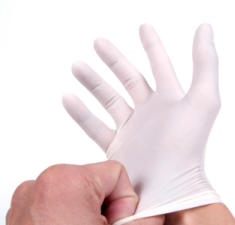 While there is no method to date that prevents prostate disorders, some think that diet may lower the risk.

Low fat diets consisting mainly of fruits and vegetables may reduce the risk of prostate cancer. On the contrary, diets that are heavy in animal fats may increase the risk of developing a problem.

Many doctors also believe that there are a few vitamins that can also decrease the risk of prostate cancer as well. However, the subject of vitamins and prostate disorders is still an ongoing study to determine whether or not some vitamins are preventative.

Note that you should contact your doctor before going through with any form of treatment for prostate related disorders.

Due to the fact that prostate disorders are among the most common diseases there are several ways in which to treat these problems.

One method of treatment for prostatitis is called prostatic message. In this method, the doctor places his finger though the rectum and messages the prostate gland. This treatment is performed several times a week. It is thought that this treatment helps to open blocked ducts and improve circulation.

Prostatic message is not performed on patients while acute prostatitis because it could cause the bacteria to spread. Other methods of treatment include Acupuncture, biofeedback, and counseling.

BPH also has several ways in which it can be treated. In most cases, waiting and monitoring is the best thing that you can do. It is important to stay on top of medical exams in order to control the disorder properly. In addition to this, there are also drugs that be taken to help as well. Two popular drugs include finasteride and terazosin. While these drugs do not rid the problem, they do help in maintaining progression. Finally, the most effective treatment is surgery.

There are many different ways to go about treating prostate cancer. There are several classes of drugs that are used for this purpose. Leiteinizing hormone – releasing hormone (LH-RH) agonists are one of the classes. LH stimulates the prostate to secrete androgens and seminal secretions.

By inhibiting these secretions, the prostate is put under less pressure. Some of the drugs in this class are Leuprolide, Goserelin, and Buserelin. Antiandrogens are another class of drugs used for treatment. Like LH-RH, these drugs minimize the secretions of the prostate. Flutamide and Bicalutamide are common drugs used in this class. Adrenal gland inhibiting drugs are also used in treatment.

This class includes drugs such as Ketoconazole and Aminoglutethimide. The adrenal gland releases secretions that stimulate the prostate. As with the other drugs, this class inhibits those secretions thus decreasing strain on the gland. Finally, total androgen blockade is a drug therapy regimen that combines testosterone blockers and adrenal gland blockers.

With this regimen, secretion of testosterone and other androgens is completely suppressed. While these drugs do work, the most effective treatment is surgery. With surgery, you can remove the cancer and in most cases prevent re-occurrences. There are many methods in which you can perform the surgery.

The most common procedure done is a prostatectomy. This is the complete removal of the prostate. This generally tends to be the most effective because the rate of re-occurrence is the lowest.