Sleep apnea is a sleep disorder in which a person’s breathing pauses repeatedly during sleep and one or more breaths are missed. The disorder is considered clinically significant, and therefore in need of further investigation, if the pauses last for ten seconds and occur at least five times per hour. 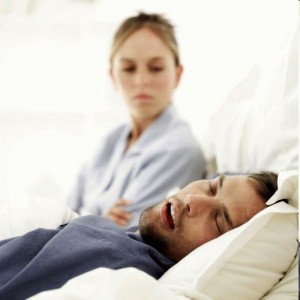 The consequences of sleep apnea range from daytime fatigue resulting from disturbed sleeping patterns to much more serious complications.

At the more dangerous end of the spectrum, sleep apnea is associated with an increased risk of high blood pressure, heart disease, diabetes and stroke.

A person with sleep apnea may be completely unaware of the condition, and it is not unusual for the problem to be first noticed by someone observing him sleep.

Symptoms include loud snoring, dry throat on awakening, waking up gasping for breath, waking repeatedly, morning headaches and fatigue during the day.

There are three distinct forms of sleep apnea, each with its own cause.

Obstructive sleep apnea is by far the most common type, accounting for 84% of cases. It is characterized by a physical blockage of the person’s airway which interrupts normal respiration despite the person’s attempts to breathe.

Blockage of the airway can be caused by

Central sleep apnea, accounting for 0.4% of the cases, involves a problem in the area of the brain that controls respiration, the brain stem. In this type of sleep apnea, the brain’s ability to effectively signal the muscles responsible for breathing mechanics.

Central sleep apnea is different from obstructive sleep apnea in that the affected individual does not try to breathe. Its presence is typically associated with serious illness or injury, particularly those involving the brain stem, including:

Mixed, or complex, sleep apnea is a combination of the above two types. It accounts for some 15% of cases and often includes a pattern that begins with central sleep apnea and transforms into obstructive sleep apnea. Although its causes are not well understood, it is associated with many of the conditions linked to the other two types.

With the exception of specific diseases and injuries implicated in central sleep apnea, risk factors for sleep apnea are similar regardless of the type.

Among those factors are

Mild sleep apnea can be helped by several strategies, each contributing to minimize recurrences.

It may help to get a special pillow, known as a cervical pillow, designed to keep your head elevated and in a position that reduces constriction of the airway.

Once you have discussed your symptoms with your doctor and the signs point to a sleep disorder, whether apnea or one of the many other disorders, the first order of business is typically a sleep study, or polysomnogram. The study is most often conducted by technicians at a sleep center located in a hospital or in an independent medical office, but the patient can sometimes arrange to take equipment home overnight and perform some of the tests there, returning the equipment the next morning.

Sleep technicians may also use a device to monitor nasal airflow, a device fitted over the finger or earlobe that tracks blood oxygen levels, a microphone to record snoring and video camera to monitor patient movement.

As it is collected, the data is fed into a computer that can display multiple data streams in graphical form. That data, supplemented by the observations of the sleep technician, is preserved for later review and analysis.
Until recently, sleep studies were performed over more than one night.

The first night was devoted purely to diagnosis. A second night was then scheduled in order to do the same tests while the patient used whatever treatment device was recommended and the device was adjusted to provide optimal benefit.

Sleep centers now lean toward “split night” studies as their method of choice. In a split night study, a patient who shows clear indications of sleep apnea within the first two or three hours of the study is awakened and fitted with a special mask, described in more detail below under “Treatment Options,” that helps to regulate airflow.

Adjustments to the mask can be made throughout the rest of the night as the patient returns to sleep. The split night approach is both less expensive and more convenient for the patient, although its shorter duration may not provide enough time to properly complete both phases of the study. In such cases, a second night may still be necessary.

Appropriate treatment is tailored to the type of sleep apnea and its severity. Options range from simple home remedies that cost nothing to sophisticated surgical procedures that, like all surgeries, have risks of their own. 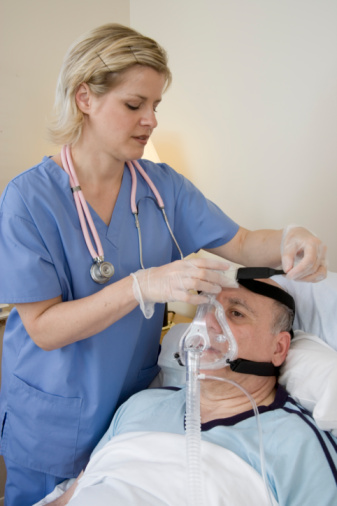 For mild sleep apnea, home remedies can be effective. Lifestyle changes are key. Most can be accomplished at no cost and many provide overall health benefits above and beyond the relief of apnea symptoms.

Among the approaches to use are

Obesity is often accompanied by increased soft tissue around the airway and low muscle tone, both strongly implicated in obstructive sleep apnea.

In addition to the well-known dangers of smoking, cigarette smoke tends to irritate the airway and cause swelling in the soft tissue.

Alcohol acts on the central nervous system as a depressant, and its depressant effects extend to the respiratory center in the brain.

Avoid sedatives and tranquilizers. As with alcohol, these can act as central nervous system depressants.

This can be done by elevating the entire head of the bed or with pillows, including special cervical pillows. Elevating the head helps to keep the airway open by countering the gravitational force that works to collapse the airway when the head is not elevated.

Sleep on your side

Cervical pillows can help with this, or you can try sewing a pocket into the back of your pajama top and putting a tennis ball in the pocket, making it uncomfortable whenever you try to sleep on your back.

If home remedies are ineffective, Continuous Positive Airway Pressure (CPAP) therapy is the most often used and most effective choice of treatment, especially for obstructive sleep apnea.

CPAP consists of a machine that provides a continuous flow of air to a mask that is worn over the nose and/or mouth. Positive air pressure helps to prevent the airway from collapsing when air is being inhaled.

The amount of pressure needs to be tailored to the specific needs of the patient and, as explained in “Test and Diagnosis Considerations,” this is done during the second phase of a sleep study. Once the optimal adjustments are determined, the patient receives a prescription that sets out the calibrations for the device.

CPAP is not a cure for sleep apnea and must be used every night in order to be effective. In fact, discontinuing the therapy is almost a guaranty that apnea symptoms will return. Patients discontinue therapy despite this, often because of CPAP side effects, including:

The following strategies may help overcome side effects

CPAP equipment, including the machine, mask and hoses, ranges in price from around $300 for the simplest machine to several thousand dollars for devices that are smaller and quieter and that offer more options, including extensive data gathering, heated humidification, ramp settings and a variety of mask comfort features. BiPAP devices are among the most expensive choices.

Many health insurance providers, including Medicare, offer coverage once a sleep study has confirmed the diagnosis of sleep apnea and a CPAP prescription has been issued. Be sure to confirm in advance that the particular sleep study will satisfy the insurer and that the qualifications of the person prescribing meet the insurer’s criteria.

CPAP devices are available from many internet sources, frequently at greatly discounted prices. Be aware, though, that many internet sellers will not handle any health insurance reimbursements for you, and that you will have to navigate the insurer’s requirements yourself in order to be reimbursed. Therefore, it is even more important to pay close attention to insurance requirements when purchasing over the internet.

Dental devices are also available for the treatment of mild to moderate obstructive sleep apnea. These are custom fitted appliances that should be designed by a dentist with expertise in apnea treatment. Dental devices work to reposition the lower jaw or tongue so as to bring them forward, opening the airway during sleep. The devices are simpler than CPAP but can have their own side effects, including soreness and damage to the mouth or teeth.

If nonsurgical measures have been ineffective, there are several surgical procedures available, among them:

While any surgery carries with it risks and side effects, this is especially true when apnea is present, for two reasons. First, the surgery, although intended to decrease airway blockage, may actually render the airway temporarily smaller because tissue tends to swell after the operation.

Second, surgery requires the use of anesthetic medications that act as depressants on the brain’s respiratory center, necessitating especially careful monitoring of post-surgical apnea patients. These side effects are temporary, though, and should resolve over time.

Surgery can be covered by insurance, but all aspects of the diagnosis and treatment of the condition should be carefully documented. Prior to authorizing surgical coverage, the insurer may require evidence that less drastic means are either medically inappropriate or that they have been unsuccessful.

Surgery does provide a unique benefit. Regardless of its expense and of the risks and side effects it entails, surgery is the only approach to sleep apnea that can effect an actual cure. Successful surgery eliminates the apnea patient’s reliance on symptomatic treatments that manage the condition without touching its root cause.