Tuberculosis (TB) is a deadly, highly contagious disease cause by the gram positive bacterium Mycobacterium tuberculosis. The history of tuberculosis and humans has been intertwined since ancient times. There is evidence than Neolithic aged, prehistoric humans had contracted TB as early as 7000 years ago. TB can also infect animals. 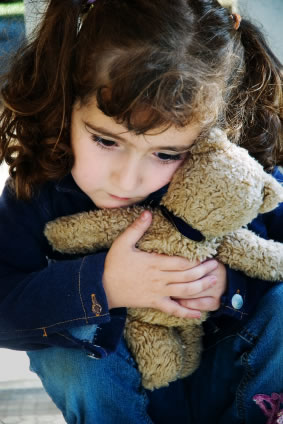 TB has been responsible for millions of deaths throughout history, taking the lives of many famous individuals including the Bronte sisters, Frederic Chopin, George Orwell, Anton Chekhov, John Keats, and Elenore Roosevelt. TB continues to be a threat to this day, even with modern medical advances and treatments.

The German bacteriologist and physicist Robert Koch isolated Mycobacterium tuberculosis, the bacterium that causes TB, in 1882. At the time, despite the efforts of Louis Pasteur and other leading scientists, it was common knowledge that infections happened spontaneously in humans. The idea that bacteria, viruses, or other microscopic organisms could cause disease was incomprehensible for the layman. However, as germ theory gained more proponents, and as medicine has advanced, today that line of thinking has given way to modern theories of infectious disease. Koch was awarded the 1905 Nobel Prize in medicine and physiology.

Tuberculosis has several alternate names. It’s most common alias is consumption. The term consumption was coined in the 18th and 19th centuries as a way to describe TB’s wasting away effect on the human body. People stricken win the disease were consumed with coughing and fatigue during the disease’s terminal stage, leading to the common name. Tuberculosis infections often leave victims with a pale, ghost-like complexion. Because of this, TB has also been nicknamed the White Plague. In humans, the primary form of TB infection is pulmonary tuberculosis.

In three quarters of the cases of tuberculosis, infection occurs primarily in the lungs. This is called pulmonary tuberculosis. Symptoms include:

Tuberculosis can also infect other areas outside of the lungs including the bones, blood, and central nervous system.

Causes of Tuberculosis and Means of Infection

Tuberculosis is an airborne disease, meaning that it can spread from person to person by inhaling tiny droplets of mucus and sputum. These droplets get into the air for people it inhale when an infected person coughs, spits, sneezes, or even talks. It has been shown that one sneeze or cough can release tens of thousands of microscopic droplets of bacteria-rich sputum into the air. Infection by the TB bacterium can occur by less than ten of the bacteria, so the potential for widespread infection is tremendous. The incubation period for tuberculosis is between 2-12 weeks. This is the time that it takes for a TB test to detect the disease.

Tuberculosis can lie dormant in a person’s bodies for several years. In one out of ten patients, latent TB can develop into an active TB infection. A person is only contagious if he has an active form of TB infection. Latent TB carriers cannot transmit the TB bacterium to other people. Even though infected with the tuberculosis bacterium, nine tenths of those afflicted will have latent tuberculosis. Out of those 90% of people, 10% will develop active TB in their lifetimes.

Tuberculosis bacterium can cause the immune system to produce what is called a granulomatous inflammatory response. Put simply, this is method employed by a person’s immune system in which it attempts to build a wall around pathogens it is unable to destroy. This is done in hopes that isolating the pathogen from the other cells will cause it to die. In the case of tuberculosis, when a TB bacterium is “walled off” it forms a structure called a granuloma. These granulomas can cluster together to form nodules called tubercles or tuberculosis nodules. The TB bacterium can cause necrosis (cell death) in the tubercles, causing tissue damage to the lungs.

Tuberculosis bacteria can also spread through the body via the blood stream and/or the lymphatic system. When it does this, it can produce a systemic infection of the body, including the brain and bones. This is an extremely dangerous form of TB called miliary tuberculosis. Most often, this strikes the immune suppressed, elderly, and children.

Patients with tuberculosis can go through periods where the disease changes in its severity, shifting between good and bad periods for the patient. In this time, tissues can be destroyed and repaired although scarring occurs.

A condition called silicosis may increase the risk of tuberculosis infection by a factor of 30 in people suffering from the affliction. Silicosis is an occupational hazard disease that is the result of inhaling too much silica. Silica dust is crystalline and rough in texture, which can cause inflammation and scarring in the lungs. Silicosis inhibits the function of white blood cells in the lungs. In a human, when a foreign body is detected by the immune system, specialized white blood cells are released to kill the invading pathogens.

Another risk factor for being infected with tuberculosis is being on dialysis. Because people on dialysis are generally in worse health than the rest of the population and because their immune systems may be compromised due to this weakened state, the risk of developing a TB infection increases by 10-25 times that of the normal population.

Having a low body weight in relation to height may increase the risk of becoming infected by TB by a factor of 2 to 3.

Another group that is at a higher risk of developing TB than the general population is diabetics. Diabetes, especially in patients with poorly controlled glucose and insulin levels can elevate the chances of getting a TB infection by 2-4 times.

Certain drugs may also put a person at increased risk for being infected with TB. Immunosuppressants and some rheumatoid arthritis drugs may increase the chance of infection.

When confirming a case of tuberculosis, several steps are taken to develop an accurate diagnosis because many of the symptoms of TB resemble those of less serious diseases.

When a patient first presents with symptoms consistent with a diagnosis of tuberculosis, a physician will take a detailed medical history of the patient. This allows the doctor to gain an overall picture of the person’s health. A patient’s medical history may include known instances of exposure to TB, prior TB infections, and any medical conditions like silicosis that may increase the chances of being infected by tuberculosis. 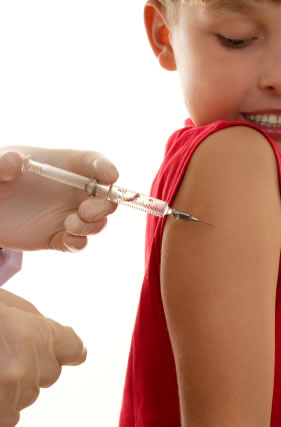 Although a physician may suspect tuberculosis from the symptoms, it is impossible to make an absolute conclusion without bacterial cultures being taken. Sputum cultures are taken and smeared onto growth medium in Petri dishes. The samples are allowed to incubate for a period of time, during which the bacteria can grow and multiply. After several hours or days, the dishes are examined under a microscope by a pathologist who can determine what bacteria are present in the sample. If tuberculosis bacteria are found, that is a definitive sign that the patient is indeed infected with TB and may have an active form of it.

Chest X-rays are often helpful to chart the progression of tuberculosis but not enough on their own to make a definitive diagnosis. When an abnormal chest X-ray is obtained from a patient, a radiologist may look at the film and find indications that suggest an active case of tuberculosis. These include:

1. Patches that may indicate foreign matter

Evidence of inactive tuberculosis can also be found on a chest X-ray. These signs include:

The Mantoux test is a skin test that is used for screening for tuberculosis. In this test, a patient is injected with a small amount of a protein derived from the TB bacterium called tuberculin. Although the injection of tuberculin into a patient will not cause a tuberculosis infection, the body’s immune system will take action and react to the foreign agent. The test can take 2-3 days before results can be seen. In a negative test, there will be no swelling at the injection site. For a positive result, a small bump ranging in size from 5 to 15 mm will appear at the spot of the injection.

Interferon gamma release assay tests are new blood tests that can detect the presence of TB bacterium. In these tests, a sample of blood is drawn from the patient and mixed with antigens. Antigens are molecules that produce a response from the immune system. The test is based on the fact that white blood cells that are active during the immune response will release a chemical called interferon gamma when exposed to particular antigens — in this case for TB. After a period of 12-16 hours, the amount of interferon gamma is measured to determine whether or not a person is infected.

Without treatment, tuberculosis has a mortality rate of between 50% and 66%. Treated, the mortality rate for TB drops to 5%. Standard treatment of tuberculosis depends heavily on antibiotic regimens. The TB bacterium is very hardy and poses difficulty for antibiotics to gain entry into its cells. Unlike other bacterial infections, which can take a matter of days to clear with standard antibiotic therapy, tuberculosis treatments require periods of 6-24 months of antibiotic treatment to full rid the body of the bacteria. For active TB, the antibiotics of choice are rifampicin and isoniazid. In latent TB, only isoniazid is required.

It is very important to maintain a proper regiment when undergoing antibiotic treatment for tuberculosis because TB may not be fully eradicated or antibiotic resistant strains of TB may develop.

When a person skips doses, these hardier bacteria survive and multiply. The person may restart the treatment, again killing all but the strongest bacteria. They may stop taking the drugs again, and the cycle repeats until eventually, fully drug resistant bacteria are born. These can be very difficult to treat since they have immunity against the most effective TB antibiotics.

To treat drug resistant TB, other, less effective and less efficient antibiotics may be used, however they may not be enough to stem the attack. In these cases, surgery to remove an infected part of the lung may be the only option.

Preventing the spread of tuberculosis can be accomplished by treating those who are infected and those who have come in contact with the infected. Also, proper sanitation techniques such and hand washing, not touching one’s face, and wearing masks in high risks areas can help to prevent infection. A TB vaccine is available for children in high risk areas. Vaccinations of children for TB are common in developing nations that have a high rate of TB infection. Although the vaccine prevents TB in up to 80% of children, it is ineffective in protecting adults from pulmonary tuberculosis which is the most common form found in the world today.

Tuberculosis has been with human kind since antiquity and remains a problem to this day. In fact, tuberculosis is the most widespread disease in the world, infecting 1/3 of the world’s population. With the population of the earth nearing 6 billion people, that means that 2 billion are infected with TB. Most of these cases are latent TB, but active TB will develop in 10% of those infected. Without treatment, TB is often fatal, however, with modern antibiotics, the mortality rate of treated TB is less than 5%.

Many efforts are being made in TB research to create a vaccine that can be used universally to prevent TB in all groups. With any luck, in the near future, tuberculosis may finally be a distant memory with advancements in modern biochemistry and medicine. Until then, it is important to get screened for TB and to recognize its symptoms. Treated early and decisively, TB can be tamed, but waiting too long can lead to a less favorable outcome.