Bruises are the visible result of a trauma that damages or burst the blood vessels under the skin. There are number of traumatic injuries which can cause bruising, most common are blunt or sharp force instrument traumas. Bruises can also appear as a result of a fracture of an extremity or surgical procedure.

Bruises are usually called contusions, when referenced by a physician or medical professional. The mechanism of a bruise is the bursting of capillaries or veins under the skin which allows blood to travel into the subcutaneous tissue and cause discoloration. Anytime the injury, or force trauma, is sufficient to break the skin it is then called a hemorrhage and no longer considered a contusion. In the case of severe injury, a hemorrhage will sometimes cause a bruise around the break in the skin.

Mechanics of a Bruise

In patients with normally functioning circulatory systems, it can take significant trauma to produce a bruise. In patients with blood disorders, certain cancers and other clotting problems bruises may appear with minor traumas. The trauma leading to a bruise can often cause pain; however, a bruise by itself is generally not a medical emergency. In certain situations bruising can be indicative of a fracture or severe internal injury and may require immediate professional medical attention.

The size and shape of a bruise does not always indicate the type of trauma or instrument that caused the injury. There are several factors that may affect the size, shape and extent of bruising:

Most minor bruising in normally healthy patients can be treated at home without the intervention of a physician or hospital visit. As with any home treatment of an injury, bruising must be treated correctly or it can be exacerbated. Bruising, even from minor trauma, can appear quite colorful as it deepens and then begins to heal. Some bruising injuries are not even felt by the patient and are only noticed when the area starts turning the characteristic black and blue of a fresh bruise.

The nature of bruises and the process by which they heal are the cause of the rainbow of colors that can be seen as a bruise appears and then subsides. The deep purplish red and blue coloration of a fresh bruise is caused by the gathering of blood under the skin. Prior to the broken blood vessel sealing itself and the blood flow coagulating, swelling can often be seen along with the deep coloration. As coagulation begins under the skin, the deepening of the bruised color will subside and begin to lighten. 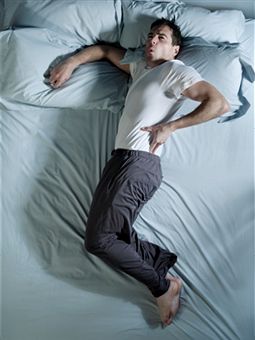 Once the blood that has been released to the subcutaneous tissue decays, it will breakdown into its basic components and be removed through the bodies normal healing process. These basic components of blood are what cause the yellow, green and even gold of a healing bruise.

In normal instances of bruising, the fading colors do not indicate whether the blood vessel is healed or not. Usually the damage caused by the trauma has been repaired within the body well ahead of the color changes seen on the outer surfaces of the skin.

There are several treatments that can be used to treat minor, normal, bruising. Standard rest, ice, compression and elevation can significantly reduce the extent of swelling and bruising to an injury. Ice should be applied, while the area is elevated, in twenty minute intervals, with twenties minutes between applications. Ice should never be directly applied to an injured area; it should always be in the form of a cold pack or ice wrapped in a kitchen or hand towel.

The immediate application of cold to the injury can cause injured blood vessels to constrict and the blood flow to coagulate, reducing the severity of the bruising. Compression should be used sparingly, as bandages are often applied to tightly to allow the natural swelling of an injury. Most recommendations indicate bandages should only be used to lightly hold an ice pack in place. Elevation can alleviate the speed of the blood flow into a bruised area and assist in the coagulation process inside the blood vessels.

If the injury is extremely painful within thirty minutes, exhibits significant swelling or immediate dark bruising the patient should be taken to their physician or the emergency room for an examination of the injury. This type of extreme swelling, bruising and pain may indicate a severe sprain or fracture of the injured body part.

Watch Out for Fractures

Fractures will cause immediate swelling and bruising, but not immediate pain. The pain from a fracture will generally make itself known within thirty minutes of the injury. This delay of pain is due to the body’s release of endorphins in response to a severe injury. Not all fractures will display immediate bruising, but most will. Severe sprains will also cause immediate swelling; however, unlike most fractures, sprains will be severely painful almost immediate following the injury.

Rest and Over the Counter Medicines

Once the immediate swelling has subsided, it is imperative the patient rest the area that has been damaged in order to prevent re-injury and more serious damage. Heat can be applied to ease any remaining pain in the area, though it should not be applied for more than twenty minutes at a time and not until at least three days after the occurrence of the injury. If even gentle heat is applied prior to the blood vessels healing themselves internally, additional blood can flow into the injured area and cause more extensive and painful bruising.

Over-the-counter pain medications are often helpful in alleviating the immediate pain of a traumatic injury. Patients should not use standard aspirin to alleviate the pain, as aspirin is a natural anti-coagulant and will cause blood flow to an injury to increase. The increased blood flow can irritate any bruising or swelling in an injury. Over-the-counter NSAIDS are safe to take to alleviate the pain of a bruising injury as they do not affect the body’s natural ability to coagulate blood.

Normal bruising, due to minor trauma or injury, is easily treatable in the home without a visit to a physician. Even with the ease of home treatment, patients with bruising should be watched for significant changes in the severity of the bruising or increasing pain in the injured area.

Bruising on the extremities will generally take longer to heal, due to the decrease in capillary and blood vessels in these areas. Additionally, bruising on the legs can sometimes seem to travel downward, toward the feet. This is due to simple gravity affecting the flow of the blood from an injury and causing it to travel downward.

While home treatment is often recommended, especially with bruising from minor trauma, bruises can take a significant amount of time to heal. It is rare for a physician to recommend any treatment beyond rest, ice, compression and elevation for a simple bruise. Depending on the patient’s natural ability to heal internally, bruising can take between two and four weeks to completely subside. During the healing process, the patient should take care not to re-injure the bruised area as this can cause additional risk internal damage.

Other Causes of Bruising

There are several medical situations that may cause bruising that is not related directly to a traumatic injury:

Patients with unexplained bruising that occurs without significant injury or without the knowledge of the patient should talk to their physician about possible blood disorders. Children who appear to bruise easily or cannot easily explain how bruising occurred should be watched closely for other signs of possible abuse. Bruising in areas such as arms, face, upper back and neck can be an indication of abuse and not normal childhood injury.

It is extraordinarily rare for anyone to go through life without experiencing an injury significant enough to cause a bruise. There are some who bruise more easily than others and some who are rarely seen with any type of bruising. Most daily activities bring the human body into contact with some object which can cause a bruise and most people don’t even notice small, minor bruises resulting from a bump or scrape with an encountered object.

Children are often the recipients of minor bruising injuries as they grow and learn coordination and object avoidance. In general, children receive minor injuries during normal play activities at school, at home and playing with other children. People who practice what is considered risky behavior such as participating in extreme sports or playing for professional or amateur sports teams tend to encounter circumstances that will cause injury and bruising.

Paying attention to surrounding and objects will usually allow a large segment of the population to avoid encountering injury that will cause bruising.

Bruises can be uncomfortable, painful and even unsightly. Even with the noticeable coloration and attendant pain, bruises are generally not life threatening and do not usually indicate a more serious underlying medical condition. If a patient is unable to avoid a situation that causes a minor injury resulting in a bruise, standard home injury treatment can alleviate the pain, discomfort and swelling. Care must be taken not to exacerbate the injury, or the bruising, and within a few weeks the bruising will subside and disappear.