Lethargy is a persistent condition characterized by constant tiredness. Normally it is also defined as a physical state of sluggishness, where the patient is unable to summon the energy to do any tasks involving even minimal physical labor. This condition is also marked by a persistent inability to feel rested, even though the patient may be able to sleep. Lethargy is also called fatigue, exhaustion, languidness, languor, lassitude and listlessness. Lethargy is to be distinguished from boredom, however, as boredom does not involve the low energy levels that this syndrome does.

Weakness, however, is different from lethargy because lethargy may not involve excessively low energy levels. This is part of the confusion surrounding the term. Lethargy often is used simply to mean that the person in question is tired, but it can be a symptom of a much larger and serious problem that needs medical attention.

Whether the symptom in question is weakness or fatigue, both are symptoms and not diseases in themselves. Lethargy can be a physical or a mental condition, depending on the conditions that led to it. It is important to understand that the presence of lethargy merely indicates the presence of something deeper that is severely out of harmony with the patient’s physical and mental system. 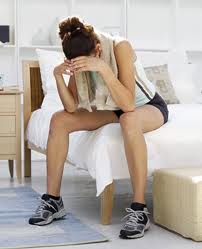 Lethargy can arise out of many different sources, both within the body and external to the body. A certain organ may be out of balance, or perhaps the lymphatic or nervous systems are overtaxed. In many cases the patient simply needs rest from the intense nature of modern life.

The stressful conditions many unfortunate individuals find themselves in account for many cases of fatigue where they simply use up all their energy and begin to collapse.

It is confusing to identify lethargy because the word is used as shorthand for many different symptoms, some of which have nothing to do with the condition itself. To specify what set of symptoms to refer to, throughout the rest of this article the word ‘fatigue’ will be used instead as that word is more specific. Even that term runs into definition problems, but for the purposes of this article it will suffice.

The distinguishing factor is time. If fatigue lasts longer than two weeks, it probably requires a visit to the doctor. Fatigue can involve other symptoms even though it is itself usually a symptom of something else. Common symptoms include:

Many of these conditions overlap with one another in terms of the diseases that may be responsible for them. Therefore, it can be very difficult to identify which are indications of fatigue or lethargy and which are indications of some other disorder. The problem is exacerbated by the fact that fatigue is notoriously difficult to pin down in terms of what is the best course of action to alleviate it.

Often times the only thing that can be done is help the patient recover as much as possible until the subjective feeling of fatigue lifts. Once that is accomplished, the patient may go on to develop other symptoms that then indicate what the true source of the problem is. Depending on the seriousness of the problem, the patient may need medical attention for an extended period of time. It is extremely important to discover what the fatigue is hiding within the patient’s bodily system. Otherwise, the patient could become extremely ill.

Fatigue is a persistently low level of what might be called subjective energy. In other words, fatigue is the loss of the ability to fully participate in life. The patient may be getting seven or eight hours of sleep per night and still not feel rested or feel as if they have enough energy to do normal activities. Their work and personal lives will likely be disrupted by this condition. It is in the patient’s best interests to recover from this state as soon as possible, in order to restore a healthy confidence and optimism about life and its many interests.

The causes of fatigue are multifaceted and can be and often are very confusing in that the same purported ’cause’ is responsible for multiple ‘effects’. It is easier and more convenient to think of fatigue as simply a condition that unfolds from the presence of certain factors. Some of these factors are psychological, others are physical. They include:

When it comes to fatigue, risk factors for fatigue can often be the factors that contribute to the presence of fatigue. Paradoxically, this makes risk factors for fatigue harder to identify because fatigue is so hard to define in terms of definite results. Unreported factors by patients may in fact be the key to identifying the source of fatigue. Even if physical testing is carried out, the results may not be accurate enough to come up with an effective diagnosis. Nevertheless, there are definite factors that can be identified and used to guess at the source of fatigue.

In particular, factors that put one at risk come from physical, mental and environmental sources. They include:

Risk factors for a loosely-defined condition such as fatigue can be any number of things that make up the everyday life of a patient. In many cases, it may simply be that the patient is not happy with his or her life. In that case, minor or major changes may need to be made to effect a change in the condition itself. Social factors may also contribute to fatigue, as well as neurochemical abnormalities and even common diseases like the cold and flu.

The presence of any one of these factors could indicate a risk for fatigue. The patient is strongly recommended to do as much research as possible into the factors in their everyday lives, as altering these may be the best way to alleviate fatigue. 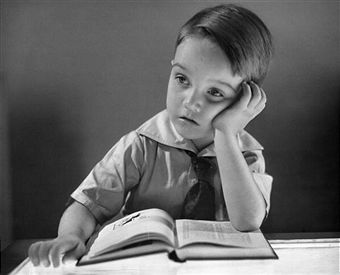 In addition, when the body goes without food for too long, it starts to rely on internal food stores in order to survive. Therefore, it is important to eat breakfast every morning in order to keep the body’s energy levels high.

If the patient suffers from any form of anemia, it is important for them to check their iron levels on a daily basis. Anemia often results in fatigue since there is not enough blood to carry oxygen and carbon dioxide from the lungs to the body and vice versa, respectively.

Many times things are simply out of whack due to circumstances that clash with personal lifestyle, especially if one feels forced to do something one does not want to do freely.

Exercise can also give patients the energy boost they need. Many times this can be as simple as going for a walk on a daily basis. Find an enjoyable physical activity that gets the heart pumping. Exercise also releases endorphins in the brain which help to change the neurochemical components of the patient’s mental state. This, in turn, helps prevent other conditions such as depression from occurring.

As noted above, fatigue is a notoriously hard symptom to ascribe to any one disease or factor or source. For this reason, testing involves running an entire battery of examinations on the patient in order to determine what the precise source of the symptom is. This process is complicated by the fact that many of these tests trigger certain responses in the body that can mask or mimic other diseases, so the true origin of fatigue may not even be identified. That combined with the expense from tests and many patients are likely to give up before even identifying what the true source of their disorder is.

The biggest difficulty in identifying fatigue is in making sure that the patient is actually suffering from fatigue. They could be suffering from another disease manifesting itself in tiredness, low energy, etc. Or they could be suffering a serious disease known as chronic fatigue syndrome. CFS is even more notorious than fatigue because, while being easier to identify, it is known for being harder to get rid of.

The best treatment for fatigue is to develop healthy lifestyle habits. These consist of mostly behavioral do’s and don’ts, but some are psychological, as well. For instance, avoiding heavy metal rock music or punk rock or any of the currently popular music styles that are considered ‘heavy’, ‘metal’ or ‘dark’ is a good way to make sure that your overall mental state remains positive and not depressed, angry or fearful. These three emergency emotions are responsible for draining a significant portion of the body’s energy, resulting in fatigue and other symptoms like weakness and the inability to wake up feeling restful despite heavy sleep.

The majority of treatments for fatigue involve home remedies, and there are not many pharmaceutical treatments available for common fatigue as there are for CFS. The key is to make sure that the patient remains at peace with their external circumstances and not get involved in any potential conflicts. Avoiding conflicts in their personal and professional lives will lead to a greater sense of well-being and provide a stable emotional foundation for the patient to draw on. This will, in turn, create a greater sense of self-reliance and increase the patient’s confidence in himself.

When this happens, energy levels rise significantly since the patient stops relying on external circumstances to give him guidance and purpose. When people realize the source of power is within themselves rather than external to themselves, that denotes the beginning of true recovery from fatigue. It is remarkably easy to do so, but fatigue itself is not the problem: uncovering the attitudes, belief systems and decisions that form the psychological underpinnings of fatigue reveals that the problem has always, in fact, been the patient himself.

Fatigue, like so many other symptoms, is indicative of a larger problem within the patient’s life. Uncovering this problem and addressing it enables the patient to regain lost energy levels and return to participating in life.