Carpel Tunnel Syndrome (CTS) is an illness that first manifests its symptoms as a minor pain in the wrist and eventually works its way up to the hands. With the use of computers and typing skills becoming more routine in everyday events, the risk for CTS is much higher than it was ten years ago. According to many studies, women are more susceptible to Carpel Tunnel Syndrome than men. CTS is known by many other names such as Occupational Neuritis, Writer’s Cramp, Median Neuritis and Partial Thenar Atrophy. 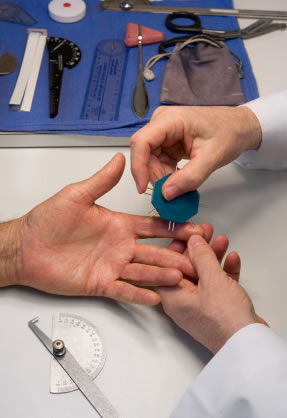 There are several different causes of this annoying condition. Knowing the causes will help in the prevention of CTS. First of all, it’s important to know the definitions of the words Carpel Tunnel and Median Nerve.

Carpel Tunnel: A tunnel in the wrist that is formed by bones and tissues. The Carpel Tunnel protects the Median Nerve.

Median Nerve: This is the nerve that connects the thumb and the first three fingers on the hand. It helps with movement and feeling on those fingers.

Here is a list of different factors that can cause Carpel Tunnel Syndrome.

These are several early warning signs fo Carpel Tunnel Syndrome. These early signs will quickly become worse if they are not treated in a timely manner. The symptoms include:

Keep in mind that not all pains and/or numbness in the forearms and wrist are due to CTS. It is advised to seek the expertise of a physician if there is a problem as CTS can cause nerve damage if it’s not treated in a timely manner.

Carpel Tunnel Syndrome comes from the overuse and strain due to certain jobs that require awkward and repetitive use of the hands. Below are several types of risk factors for CTS.

There are many other factors that will put certain people at high risk of CTS. But far too many exist to list every single one; however, the warning signs are numbness in the hands and/or sharp pains through the forearm that shoot all the way to the shoulder.

Home remedies can be used to treat mild symptoms of hand and wrist numbness or pain. More on Home Remedies are discussed later. However, if the symptoms are severe then a trip to the doctor is required. Remember that CTS can lead to permanent nerve damage if not treated.

Several early warning signs exist that will require a doctor’s visit. Do not hesitate to call a doctor if symptoms like the ones listed below are displayed.

The first thing a doctor will do is review all of the symptoms to try and determine if Carpel Tunnels Syndrome is a factor. One clue is that CTS doesn’t cause anything to happen to the little finger, so if that finger is part of the problem then CTS is not a factor. Timing of the symptoms is another clue. For example, the optimal times that people experience CTS are while they are holding a phone or newspaper; or even while driving down the road gripping the steering wheel.

Once a doctor establishes that CTS is most likely the problem, they will perform the following tests in order to verify it.

There are a number of treatments for Carpel Tunnels Syndrome. These can be broke down into three categories: Home Remedies, Non-Surgical, and Surgical. The seriousness of the condition determines which path to follow.

If the symptoms are in their initial stages and are still mild, home remedies can be used before going to the doctor. However, it’s important to note that if the symptoms get severe or do not go away within two weeks, then it is imperative to contact a trained physician because permanent nerve damage can occur from Carpel Tunnels Syndrome. 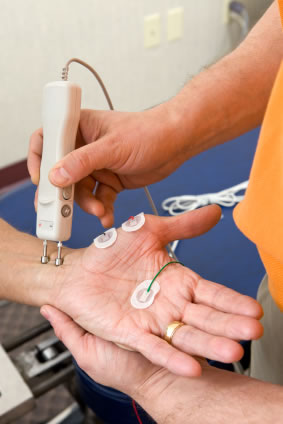 Home remedies usually involve over the counter medicines such as aspirin to relieve the symptoms. Also, wearing a wrist splint can help reduce the motion in the wrist and can sometimes allow the Median Nerve to heal by reducing swelling. Here are some other home remedies that can be used.

If the symptoms are not too severe, the doctor will at first recommend non-surgical treatments to see if the symptoms improve. This may include:

The majority of individuals with Carpel Tunnel Syndrome are treated without surgery. Only a small minority require surgery to relieve the symptoms. However, surgery will be considered if:

Surgery is used to release the pressure on the Median Nerve and is done by cutting ligaments that form the top of the tunnel. Any tumors or such that is causing pressure to the Median Nerve will also be removed during surgery.

The two Carpel Tunnel Release Surgeries are Open and Endoscopic.

Many time-honored treatments exist for a number of conditions and CTS is no different. Some use yoga as a way of relaxing and helping cope with pain that comes from some muscle conditions. Since yoga encourages strength, stretching, and balance, it is a great alternative method for preventing CTS.

Some take daily vitamins to help prevent any abnormal conditions from occurring. B-6 is a great supplement for preventing and even relieving symptoms of CTS.

The easiest for if treatment for any condition is preventing it in the first place. As with anything else, there are several steps that can be followed that will help prevent Carpel Tunnel Syndrome.