Rasagiline is a synthetic compound that is used to treat the symptoms of Parkinson’s disease. It is a relatively new drug and was approved by the Federal Drug Administration (FDA) on May 16, 2006. Rasagiline is considered one of the primary monoamine oxidase inhibitors.

Rasagiline was developed in the very early 2000s by Teva Pharmaceutical Industries Ltd. under the direction of Professor Moussa Youdim. Youdim first presented the drug to the FDA in 2004. In 2006, after extensive research was done to prove the safety of the drug, rasagiline was approved. It is now one of the most common Parkinson’s medications in the world.

Rasagiline is used solely for treating the symptoms and slowing the progression of Parkinson’s disease. The symptoms of Parkinson’s disease occur when dopamine, a neurotransmitter that helps with cognition and motor skills, is not able to reach the brain. There are several factors and/or causes that can block dopamine. One of these causes is the presence of monoamine oxidase enzymes in the brain.

Every person’s brain has a certain amount of monoamine oxidase A and monoamine oxidase B (often shortened to MAO-A and MAO-B). One of the adverse effects of these enzymes is that they can metabolize (breakdown) dopamine before it can do the person any good. The main culprit is MAO-B. Although MAO-A does metabolize dopamine, it also metabolizes serotonin and several other chemicals and enzymes and, therefore, cannot do as much damage to one single substance. MAO-B on the other hand, only metabolizes dopamine. Also, MAO-B is always much more prevalent than MAO-A. 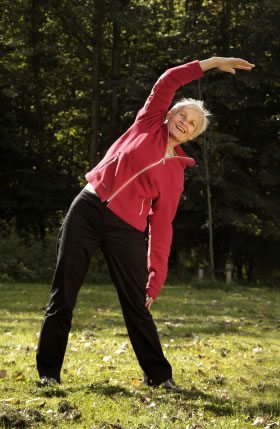 Some of the common drugs that treat Parkinson’s disease are called monoamine oxidase inhibitors. MAO inhibitors stop the production of the MAO enzymes, particularly the MAO-B, and, therefore, allow dopamine to function properly. The most common MAO inhibitor is rasagiline.

Although rasagiline is prescribed for patients at all stages of Parkinson’s disease, it is most commonly given to patients at the early stage. Although the drug’s long term effects have not yet been established, it has been proven to help slow the progression of the disease. Rasagiline can also be prescribed solely to help control the symptoms of Parkinson’s disease.

Rasagiline can be taken on an empty stomach. Never “double dose” because the drug can be fatal if taken in large amounts. Signs of rasagiline overdose include extreme irritability, sweating, changes in heart rate and/or breathing patterns, convulsions, and even seizures. If an overdose is suspected, medical help should be sought at once. If necessary, call a poison control center.

There is absolutely no risk of developing a dependency on this drug.

Rasagiline has been approved by the FDA but is available only with a prescription. Rasagiline is not illegal in any other country and, in Canada for example, is sometimes available without a prescription. The drug is very popular in Europe partly because it was promoted by the drug company Lundbeck.

Rasagiline is commonly referred to by its brand name Azilect. In fact, when Youdim presented his drug to the FDA, he presented it as Azilect. In the USA, Azilect is available by prescription only. One month’s supply usually costs around $250. Azilect ordered online, from Canadian pharmacies for example, is usually slightly cheaper. In cases like this, one month’s supply usually costs anywhere from $150 to $200 (USD). So far, Azilect is the only brand name version of the rasagiline drug.

There are several, cheaper, generic brands of the drug. Generics are usually just called rasagiline (similar to the fact that generic Tussin is called Tussin while the brand name is Robitussin). Both the generic and the brand name forms of the drug should be covered by most medical insurances. Rasagiline/Azilect is always taken in tablet form.

Although rasagiline has been proven effective, it can cause some very serious side effects. Patients should not drive until they are certain they are reacting well to the drug. Also, most monoamine oxidase inhibitors do not react well with other pharmaceuticals and/or over-the-counter medications (see below). Be sure to speak with a qualified professional before beginning use of this drug.

Some of the more mild, and common, side effects of rasagiline include headache, drowsiness, joint pain, and dizziness. Some people experience an allergic reaction, similar to a food allergy, that can cause hives, airway constriction, and swelling of the throat, tongue, or eyes. Rasagiline may also cause intestinal problems such as vomiting, diarrhea, or constipation; it may also cause mild vertigo, hallucinations, and sensory impairment. Ever since rasagiline was presented to the FDA, there has been a concern that the drug may cause skin cancer. However, it has been decided that, although the risk is present, it is not, by any means, serious.

Some of the more severe, but thankfully rare, side effects of rasagiline include changes in heart rate, lung fibroses, emphysema, and, possibly, manic and/or paranoid reactions. There is a slight chance that patients taking rasagiline may develop bacterial or viral infections. However, these infections can usually be cleared up with common antibiotics. In some extremely rare cases, rasagiline has caused acute kidney failure, retinal hemorrhage, and jaundice.

Rasagiline does not react well with guaifenesin and dextromethorphan, two common ingredients in over-the-counter cough medicines. The combination of these drugs may cause temporary psychosis. A similar reaction can be caused by the combination of rasagiline and most common allergy medications.

Also, rasagiline should never be mixed with painkillers such as meperidine and acetaminophen (Tylenol). Rasagiline mixed with these drugs can cause fatal reactions.

Although it is highly unlikely, rasagiline may not react well with vitamins, herbs, and other natural dietary supplements. A patient should tell a qualified professional about all supplements and medications he or she is taking regardless of whether they are natural or chemical.

Rasagiline does not react well with any antidepressant medications. However, the main ones to avoid are duloxetine (Cymbalta), desipramine (Norpramin), fluoxetine (Prozac), and amitriptyline (Vanatrip).

When rasagiline was first approved by the FDA, it was thought that severe diet restrictions were necessary to help the drug work properly. It used to be that patients taking the drug would have to avoid the amino acid tyramine. Tyramine acts as a releasing agent for dopamine and it was thought that, since rasagiline inhibits the development of the MAO enzymes, it might also cause a buildup of tyramine which can also have adverse effects.

In the early days of rasagiline, patients would have to go on a strict diet to avoid ingesting tyramine. However, in 2009, the FDA decided that tyramine restrictions were only necessary for patients with extreme sensitivity to the amino acid. However, some medical doctors still recommend that the diet be followed simply as a precaution.

When Not To Take It

Rasagiline should never be taken by those who have or have ever had any kind of kidney or liver disease. The drug should not be taken by people who suffer from a pheochromocytoma (a small neuroendocrine tumor that affects the adrenal glands).

A person taking rasagiline should cease using it at least 2 weeks before undergoing any form of elective surgery or even simple outpatient procedures or dental operations.

Although use of the drug in these cases is not forbidden, caution should be used when rasagiline is taken by patients with high blood pressure. The patient and his or her health care provider will need to constantly monitor the effects of the drug. Extremely high blood pressure that develops after the patient has begun use of the drug may be a sign of serious drug interactions. If this occurs, use of rasagiline should be stopped and the patient should seek medical help immediately.