Tocotrienols, which are members found in the Vitamin E family, are natural agents that, according to scientific research, have tremendous health benefits and may even affect how such illnesses as cardiovascular disease, diabetes, and certain kinds of cancer are treated in the future.

What Are Tocotrienols and Where Do They Come From?

Tocotrienols can be found in certain kinds of oil, rice, wheat, barley, rye, and oats. They are mainly found in the highest concentration in palm oil, which is derived from the palm nut that is commonly found in Africa and often used as a cooking oil. While their benefits are still being researched (tocotrienols account for less than 1% of research done on vitamin E), they are no doubt a point of interest for researchers throughout the world. While they are natural agents, they are generally found in low concentrations that do not have any appreciable benefits when consumed directly from the food source.

Vitamin E, from which tocotrienols are derived, is essentially divided into eight isomers: four tocopherols (alpha, beta, gamma, delta) and four tocotrienols (alpha, beta, gamma, delta). Both groups share common traits, such as the head, otherwise known as the Chroman Ring; the tail, phytyl tail (found mostly in tocopherols); and the hydoxy group, which is the active group head found at the head of the molecule. 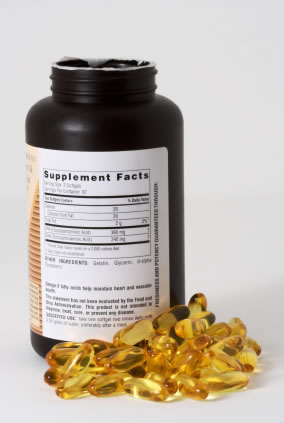 Tocotrienols were discovered in 1964 by Drs. Pennock and Whittle, from the USDA and Liverpool respectively, who were able to isolate the molecules from rubber. But it wasn’t until the 1980s when their potential benefits were discovered by Drs. Qureshi and Elson from the University of Wisconsin in Madison, who discovered that tocotrienols could lower cholesterol.

During the 1990s, scientists learned about their anti-cancer properties in their research. One man responsible for developing interest in this field of research was Dr. Barrie Tan, PhD. During the 1980s.

Tan was able to extract tocotrienols from rice, palm and later annatto, a red plant primarily found in South America, which led to patents for Caratech and Rangsit Biotech, two companies he founded in the 1980s and 1990s. It is through these extractions that tocotrienols derive their greatest benefits in scientific research and dietary supplements.

Scientists have researched tocotrienols for their effect on such diseases as cancer, cholesterol, heart disease, and diabetes. Most of the research have concentrated on animal studies, which have yielded promising results. But studies on the effects of the agent on humans are limited and at times inconsistent.

Research scientists have discovered that tocotrienols can decrease the formations of tumors and prevent damage to the DNA and cells. In a 1993 controlled study, rats which were induced with dangerous liver cancer agents had suffered less liver damage when they were treated with palm based tocotrienols. In a 2009 study conducted by researchers at the Department of Nutrition and Food Sciences, Texas Women’s University it was also discovered that a more potent vitamin E isomer called d-delta tocotrienols can be potentially used for chemotherapy treatment for pancreatic cancer.

Not only that, in research conducted by East Tennessee University and MD Anderson Cancer Center in Texas, gamma-tocotrienols can slow down the cultured cell growth of human breast cancer and are three times more powerful than Tamoxifen, a drug used to treat breast cancer. Delta-tocotrienols have shown to cause cell-death (apoptosis) in estrogen responsive and estrogen non-responsive breast cancer cells.

They can also reduce the growth of certain types of cancer, while alpha- and gamma-tocotrienols have prolonged the life spans of mice infected with cancer. Studies have also suggested that tocotrienols can potentially detoxify malignant properties found in prostate cancer cells. A combination of gamma-tocotrienols and chemotherapy drugs may also decrease skin cancer cells.

According to a study funded by the NIH and conducted by the Ohio State University Medical Center (along with Prof. Chandan Sen who published 5-peer viewed papers on the subject), alpha-tocotrienols can protect the brain from stroke-related injuries. Another study conducted by the AJP Heart and Circulatory Physiology have found that gamma-tocotrienols can prevent major damages to the heart after a stroke, as well.

Tocotrienols are a potential form of drug treatment for Type 2 diabetes. Researchers in both India and Malaysia, during a 2009 study, have discovered the benefits tocotrienols have in improving blood glucose, dyslipidemia, and oxidative stress on diabetic lab rats.

The more popular use of tocotrienols occurs in the field of anti-aging and cosmetics applications for their antioxidant properties. Tocotrienols can be a potent protective agent against free radicals caused by ultraviolet (UV) and ozone rays.

They can also prevent skin aging and damage caused by oxidative rays. Often an active ingredient in sunscreens, tocotrienols penetrate through the skin at a faster rate than tocopherols and can decrease the UV rays’ penetration into the skin.

Not only do tocotrienols have the potential to aid in the treatment of certain kinds of cancers, cholesterol, and diabetes, but they are also effective in lowering blood pressure. In studies, researchers have found that gamma-tocotrienols can prevent the development of increased blood pressure in Spontaneous Hypertensive Rats (SHR) after three months of application.

Alpha tocotrienols are considered a powerful natural super-antioxident as well, which can provide numerous health benefits in the prevention of free radicals.

Who Uses Tocotrienols and How?

Athletes, joggers, and bodybuilders also take tocotrienols after strenuous activities, such as exercising, for protein and lipid peroxidation, or the damage caused by oxidation on fats.

The Health Ministry of Malaysia has also approved them as a dietary supplement. In the United States, the FDA has yet to assign tocotrienols to vitamin E activity. The FDA, though, has identified palm based tocotrienols complex as Self-Affirmed GRAs (Generally Regarded Safe) to be used as an ingredient in foods. 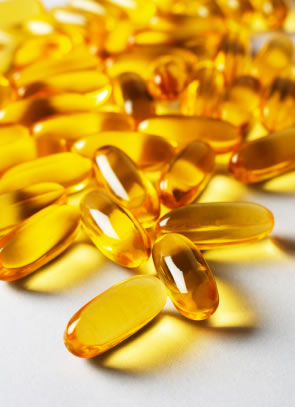 Health Supplements, Dosages, and Side Effects

Tocotrienols are still available as health supplements and are commonly taken as soft gel capsules, hard shell capsules, liquid emulsifiers, and vitamin premixes. The supplements can also come in lozenges.

Standard dosages can fall between 140 to 360 mg/day, but the more common dosages fall within the 40 to 50 mg/day range. Generally, there are no differences in dosage among children and adults, though children under the age of 10 are advised not to use tocotrienols at all unless under the recommendation of a physician.

Since tocotrienols are derived from vitamin E, there are no known side effects, even when dosages are as high as 2500 mg/day per kilogram in the body.

The Food and Nutrition Board of the Institute of Medicine in the United States and the National Academy of Sciences have no definition for the health benefits or risks, including Estimated Average Requirement, Recommended Dietary Allowance, Adequate Intake, or Tolerable Upper Intake Level, associated with tocotrienols.

One myth regarding tocotrienols is the idea that their benefits are noticeable even when consumed in natural foods. Some literature even tout the health benefits of consuming a teaspoon of palm oil a day. This is not the case. The amount of tocotrienols found in natural foods like palm oil, barley, wheat, or grain, is so low that there are no appreciable benefits in consuming these foods solely for their supplemental value.

While palm oil has the highest concentration of tocotrienols, one will have to consume two cups of palm oil a day in order to have any benefits. It is only through extracting tocotrienols from these foods, particularly from palm oil, that they can have their full potential as a health supplement.

In order to get the most out of tocotrienols they must be taken as a dietary supplement. The best possible supplements will be organically derived from palm oil. Processed-derived supplements can be useful too, but only if they contain phyto-nutrients which are also found in palm oil.

These nutrients will include phytoserols, squalene, and mixed cartotenoids. Rice-derived tocotrienols and formulas which use phyto-nutrients, such as soy isoflavones, Ginkgo Bilboa, and beta sitosterol, and natural palm tocotrienols combined with phyto-carotenoid are also very good choices.

Dietary supplements containing tocotrienols are expensive. This is due to the fact that, since the agent exists in very low levels in nature, the extraction process is often difficult and expensive. Generally, the dietary supplement can cost between $30 to $40. The most expensive brands include Nature’s Plus, Twinlab Maxilife, Source Natural, and Jarrow Formulas.

There are less expensive brands, though, such as NSI Tocomin Supra Bio, which sells palm based tocotrienols for $13.77 and Source Naturals for $11.48. While many health food stores such as GNC, The Vitamin Shoppe, and others carry a variety of brands and prices, the best deals can often be found online. Amazon.com, for instance, sells many brands of tocotrienols from $25.14 and lower.

Other online stores such as Vitacost, iHerb, and Nutritiondome also sell brands as low as $25 and less. Before buying, its best to research and bargain shop for the best brands and prices.