Acetyl-L- carnitine, commonly referred to as ALCAR, is very important to the human body. The nutrient is one of several forms of carnitine found within the body. The kidneys help to regulate the level of carnitines. All carnitines are antioxidants, helping to repair damage to cells and fight the effects of oxidative stress. Because the body naturally produces carnitines, they are considered nonessential nutrients. By generating energy from amino acids, fats, and carbohydrates, ALCAR acts as an energy reservoir and helps to improve energy production. It has a similar function to carnitine but is superior and more efficient. ALCAR is naturally occurring in plants and animals and is often used as a dietary supplement. As a dietary supplement, ALCAR can be used to improve memory and increase energy. Some studies have shown the nutrient have positive benefits in the treatment of Peyronie’s disease, hyperthyroidism, heart attacks, and many other medical problems.

Most diets contain positive amounts of ALCAR; therefore, there is no dietary dosage requirement for the nutrient. In some individuals, however, the body is unable to make L-Canitine and absorb the ALCAR in foods due to a genetic defect. Additionally, those who have liver, kidney, or brain diseases may not absorb proper amounts of ALCAR. The nutrient is found naturally in meats, specifically lamb and fish, diary products such as cheese and yogurt, asparagus, wheat, peanut butter, and avocados. Additionally, the body produces small levels of ALCAR that are found naturally in the heart and skeletal muscles.

Many people take supplements of ALCAR to obtain therapeutic benefits. Supplements are found in pill and capsule form and range in size from 100 to 500 mg. These supplements are not federally regulated like prescription drugs so be sure to choose a supplement sold by a reputable brand. You can always ask your local pharmacist for help in choosing the right brand. Nature’s Bounty brand ALCAR supplements, available at many retail stores including Walgreens, CVS, and Target makes a 250 mg 30 count bottle that sells for approximately $7 US. GNC sells a 500 60 count bottle of easy to swallow ALCAR capsules for $35.99 US. Online retailers such as www.iherb.com sell a 250 mg 120 count bottle of ALCAR supplements for $14.37 US. 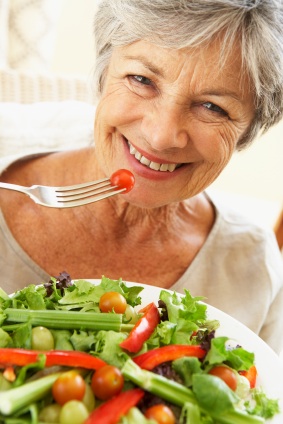 The typical dosage of ALCAR is 100 to 500 mg once a day, typically in the morning with food. Those taking ALCAR supplements to help treat a medical condition should always talk to a doctor to discuss the proper amounts of the nutrient to take. ALCAR can interact with certain medications, so be sure to discuss this with your doctor as well. The nutrient should only be given to children who have a diagnosed deficiency of ALCAR. A physician who has diagnosed the cause of ALCAR deficiency should prescribe the amount given to children.

There have been many scientific studies on the effects of ALCAR on the body. Such studies have show positive results in stimulating brain function, energy levels, and the treatment of some diseases. ALCAR has the ability to reach the brain and act as a powerful antioxidant that helps prevent deterioration of brain cells. It has been proven to increase sperm count and the ability for sperm to move more vigorously. Many studies have shown ALCAR to have a positive effect on the treatment of many heart conditions, Peyronie’s disease, Alzheimer’ disease, and hyperthyroidism.

Many companies manufacture and market ALCAR as a performance enhancer to be used in athletics. No scientific studies have shown any connection between taking ALCAR supplements and improved athletic abilities. ALCAR is also sold as a weight loss supplement. Some companies boast about the nutrient’s ability to suppress appetite and reduce fat within the body. Though it has been proven to reduce fatigue, no study has shown a direct correlation between ALCAR levels and weight loss.

Hardening of the Arteries

Individuals who suffer from advanced hardening of the arteries, or atherosclerosis, often experience pain and difficulty walking due to lack of blood flow to the legs. Scientific studies have shown that taking 500 mg ALCAR once a day in combination with their prescription medications improved the muscle’s ability to function. No improvement was found for those who only had a mild case of hardening of the arteries.

There have been may small studies have found that ALCAR, can improve symptoms of congestive heart failure. These studies showed that after taking ALCAR supplements for 60 days, the benefits lasted even after the individuals stopped taking the supplement. Typically, studies have prescribed 600 to 1,200 mg of ALCAR to be taken three times a day.

ALCAR After a Heart Attack

In a recent study, ALCAR was found to have positive effects in reducing death rate after a heart attack. ALCAR usage indicated improvements in heart rate, blood lipids, chest paints, and blood pressure in patients undergoing treatment for the study. The research showed that taking 4 g of ALCAR a day in addition to other any other medications greatly improved the chances of survival after a heart attack.

Some researchers speculate that CFS may be caused a lack of a certain nutrients within the body, which include ALCAR. In several studies, ALCAR has has been compared to some prescription medications for fatigue; individuals who took ALCAR showed more improvement after 4 to 8 weeks than those who took these prescription medications. An increase in the nutrient enhances mitochondrial production and protects against the negative effects of low blood flows. Both of these conditions may be present in CFS. The dosage used to treat CFS is 500 mg to 2 grams a day taken with food. It is recommended to break up the dosage, taking half in the morning and half in the evening.

Evidence from three controlled scientific studies showed that those taking ALCAR displayed improvement in exercise tolerance. ALCAR works with the muscles in the heart and those in those who suffer from COPD, improving the ability to exercise.

Numerous studies have evaluated the potential benefits of ALCAR in the treatment of Alzheimer’s disease and other forms of memory loss associated with dementia. Early research of ALCAR found that taking ALCAR could slow the progression of Alzheimer’s and some forms of memory loss due to dementia. As larger tests were conduction, no benefits have been found that find a connection between the nutrient and an ability to slow Alzheimer’s. New studies have indicated, however, that ALCAR can help ease symptoms of depression associated with senility.

A 6 month study concluded that the use of 2 to 4 g of ALCAR daily in combination with normal prescription medication for hyperthyroidism was effective in protecting bones. The nutrient helps to treat hyperthyroidism by blocking the action in cells of the thyroid hormone. This study also showed ALCAR’s ability to reduce bothersome symptoms of an overactive thyroid which include anxiety, nervousness, insomnia, tremors, and an elevated heart rate.

Peyronie’s disease is an inflammatory condition of the penis that causes the penis to become curved and the individual to experience painful erections due to blocked blood flow. A 3 month study showed that ALCAR significantly reduced pain during intercourse and helped to reduce the curve of the penis, helping it to have a more normal appearance. The dosage given, 1 gram twice daily, showed no real side effects in any of the participants in the study.

Signs of an allergic reaction to ALCAR are skin rash, itching or hives, trouble breathing, swelling of the face or hands, tingling or swelling of the mouth or throat, and chest tightness. Those with epilepsy or who have ever had a seizure should not take ALCAR supplements. The nutrient has been shown to increase the number or severity of seizures in some individuals. There has not been enough research conducted on the effects of ALCAR and infants or fetuses so women who are pregnant or nursing should avoid taking ALCAR supplements.

ALCAR in supplement form appears to be quite safe. Individuals with low or borderline-low thyroid levels should avoid taking ALCAR. The supplement could impair the action of the thyroid hormone, causing an adverse reaction. Those who are taking drugs such as didanosine and stavudine used to treat HIV should not take ALCAR as some studies have shown that the nutrient can reduce the effects of the drug. Individuals taking cancer medications such as Cisplatin or Platinol or are undergoing treatments such as Paclitaxel or Taxol should also avoid taking ALCAR.