Vitamin D is a group of secosteroids that are soluble in fat. They are unlike other vitamins in this respect. The D group consists of five natural analogues and several synthetic analogues. One of the most prominent of the natural analogues is Vitamin D3, although some synthetic forms do exist. Vitamin D3 is one of two analogues, along with vitamin D2, to which most people are referring when they talk generally about vitamin D without specifying a subscript for an analogue. The most common form of vitamin D3 is created in the skin of all vertebrate animals, with the exception of the naked mole rat, the only vertebrate in which no vitamin D is detected in the body.

7-dehydrocholesterol is the precursor to vitamin D3. It is found in quantity in the blood serum, milk, and the skin of vertebrate animals. The inner layers of the skin are called the dermis, while the outer layer is the epidermis. 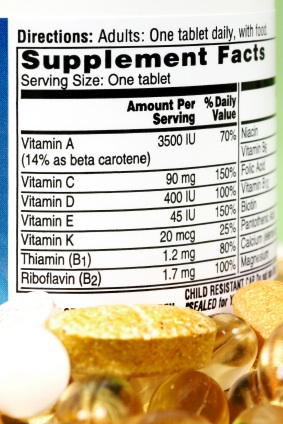 It comes in three forms: type A, B, and C. Type C is the strongest and can be very damaging. Luckily, UVC is blocked by the atmosphere and never reaches the surface of the Earth. UVA light is also known as “tanning rays” because it is mostly responsible for darkening the pigment (melanin) in our skin, creating a tan.

UVB light is responsible for most sunburn. It is more powerful than UVA light, but UVA light has no known benefits. UVB light not only causes the chemical reaction that turns 7-dehydrocholesterol into vitamin D3, it is also responsible for stimulating melanocytes into creating melanin and Melanocyte Stimulating Hormone (MSH). While it would seem that everyone would have adequate levels of vitamin D without supplementation, many people suffer from deficiencies because not all sunlight contains UVB rays.

Geography, season, time, sky cover, and barriers between the sun and skin are all reasons why people do not produce as much vitamin D3 as they need. The sun’s rays must be at a precise angle for UVB radiation to reach the surface of the planet. Because of this, seasons affect the time the light is available, and the further away from the equator, the smaller the window.

For instance, if you are in the Northern hemisphere, anywhere above the line from the Northern border of California in the west to Boston in the east (42 degrees N), UVB light is only available in sufficient amounts from March to October. In parts of Canada and Alaska, this timeframe can be reduced to April through September. In the U.S., only those people south of the line from Los Angeles to Columbia, SC can receive enough UVB light for year round vitamin D production.

Additionally, the time of day affects how much UVB light is available for production of Vitamin D3. Adequate amounts of UVB light can only be absorbed between 10:00 a.m. and 2:00 p.m. Before or after this, UVA light will cause a burn before enough UVB light is absorbed. Also, cloud cover has a dramatic effect of UVB penetration. Clouds reduce penetration by 50%. Shade reduces UVB availability by another 60%. Finally, UVB light does not go through glass. Direct sun exposure is required for UVB light to get to the skin.

The current recommended times for exposure to sunlight is 10 to 30 minutes on the hands, arms, and face three times per week. Those with light skin need less light. Those with dark skin may require up to 90 minutes three days per week. In this time, 100 to 200 International Units (IU) of Vitamin D3 is produced for each 5% of skin exposed to the UVB radiation. The problem with this exposure is that it is a risk factor for developing skin cancer. Exposure at the recommended level takes this into account.

When adequate amounts of UVB light reach the skin, the 7-dehydrocholesterol undergoes a 6-electron conrotatory electrocyclic reaction that converts into an intermediary substance called Previtamin D3. Pre-D3 is an oil that must be absorbed into the skin for the conversion to continue.

Swimming in chlorinated water can leech preD3 from the skin before it converts again. Also, washing or showering within one hour of exposure to UVB light can remove the oils.

After several hours, previtamin D3 goes through a spontaneous transformation. This transformation is scientifically called an antarafacial hydride sigmatropic shift. The result is an early form of vitamin D3 called cholecalciferol. This is the form that is in vitamin D3 supplements. It is extracted from animal products and put into capsule form. Cholecalciferol can also be obtained from natural food sources. Food containing cholecalciferol includes several species of fish, fish liver, chicken eggs, and beef liver.

25-hydroxycholecalciferol, also known as 25(OH)D, is created in the liver from cholecalciferol through a process known as hydroxylation. This takes place with the help of the 25-hydroxylase enzyme. This reaction takes place in the endoplasmic reticulum of the liver cells. After it is created it remains stored in the hepatocytes of the liver until the body recognizes it is needed. At this time, the 25(OH)D is released into the blood plasma where is becomes bound to the globulin.

The release of 25-hydroxycholecalciferol is not yet the final stage of usable vitamin D3. The last process takes place in the kidneys.

Even though the body doesn’t make use of 25(OH)D, this is the substance tested for to determine if adequate amounts of vitamin D are in a person’s system. In the U.S. 25(OH)D levels are measured in nanograms per milliliter (ng/ml). A person is considered deficient if tests result in 8 ng/ml or lower. 8 – 20 ng/ml is considered insufficient. Optimal is 20 – 60 ng/ml. High levels are 60 – 90 ng/ml. Greater than 90 ng/ml is considered toxic.

25-hydroxycholecalciferol also plays another role. It increases the absorption of calcium through the intestines. Many doctors will recommend taking vitamin D3 supplements when the patient is actually in need of calcium.

After 25-hydroxycholecalciferol is released to the blood plasma, it travels to proximal tubules in the kidneys. There it goes through a final hydroxylation process that converts it into the active form of vitamin D3. This active form is known as 1,25-dihydroxycholecalciferol or 1,25-OHD for short. It is also known as calcitriol. Another inactive form of vitamin D3 is also created in the kidneys. This is 24,25-OHD. 24,25-OHD must react first with parathyroid hormone before it becomes the biologically active calcitriol. 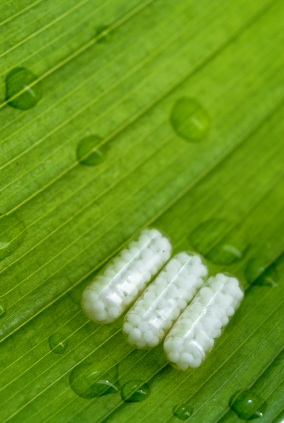 Once the calcitriol is created, it is released by the kidney back into the bloodstream where it attaches to a protein called vitamin D-binding protein (VDBP) in the plasma. The circulatory system then carries the calcitriol to the various organs that utilize it.

The biological effects of vitamin D3 begin by the calcitriol bonding to special vitamin D receptors (VDRs) in the nuclei of the organ’s cells. The VDR acts to transcribe the gene expression of proteins. Some of the organs and areas of the body with VDRs are the brain, heart, sex organs, prostate, skin, breasts, bone, intestines, and kidneys.

In the bones, kidneys, intestine, and parathyroid gland, calcitriol is responsible for maintaining calcium levels throughout the body. It also maintains phosphorus levels in the blood. Bone content is also regulated by D3 there.

Vitamin D3 also plays a role in the growth of cells and cellular differentiation, whereby a less specialized cell is “promoted” into a more specialized type of cell. In the blood, Vitamin D3 helps to create a healthy immune system by keeping white blood cell count up and activating T and B cells.

Once calcitriol is expended, it metabolizes into calcitroic acid and detaches from the VDR. Calcitroic acid is water-soluble, so once it gets into the bloodstream, it is absorbed by the kidneys and excreted in the urine.