To obtain Gallic acid in a pure form, one must obtain it through an extraction process from gall nuts. First, finely-powdered nut galls are obtained. The powdered galls are mixed with distilled water to make a thin paste. The paste is then exposed to air, allowing it to stand in a warm place for about 4 weeks, ensuring that it has enough water at all times to maintain a pasty consistency.

The paste is in a porcelain or glass container, avoiding the use of iron since iron or the presence of iron salts gives the product a color that is difficult to remove. After exposing the mixture to air for the required time, the paste is expressed and the residue is boiled with distilled water for a short time.

The boiled water and paste is filtered through charcoal while hot. When cooled, crystals of Gallic acid are formed. Sometimes further purification is necessary and the crystals are dissolved, treated with charcoal and re-crystallized.

Past Uses of Gallic Acid

Many of the foods containing Gallic acid have been used for years as natural remedies, and were relied upon by various cultures for their medicinal properties. Blueberries, for example, were used by Native Americans and the early American settlers.

Native Americans used blueberries to make an aromatic tea that was used as a relaxant during child birthâ€”a popular usage for berries (rich in Gallic acid) that continued to be used by women of the early American settlers. Tea from blueberry leaves was also believed to be a good tonic for purifying the blood.

Another plant (also rich in Gallic acid) that has long been used for its medicinal properties is witch hazel. Native American tribes made balms out of the bark of witch hazel, and made tea from its leaves. The balm and tea were applied to cuts and wounds to prevent infection, and the tea alone was used to treat menstrual problems, colds and other illnesses.

Efficacy of Ancient Use of Gallic Acid

Ancient cultures often believed in remedies and medicines that have later been proved to have been ineffective. For example, it was once believed that withdrawing large amounts of blood would cure or prevent illness. We know now, however, that removing large quantities of blood actually weakens an individual and facilitates illness.

Witch hazel, for example, does prevent wounds from being infected and does work as an astringent to constrict tissues and stop bleeding, therefore making the use of the plant effective in the ways in which the Native Americans were applying it.

However, witch hazel has now been determined unsafe for pregnancy, proving that while ancient medicine using items rich in Gallic acid may have been correct in some cases, it was not correct in all. Though ancient cultures were likely not aware of the properties in the foods and herbs that made their usage effective, we know now that the presence of Gallic acid played a significant role in the efficacy of such treatments and medicines.

Modern Use of Gallic Acid

Gallic acid has been shown to prevent cellular mutations and to be toxic to cancer cells, while having no negative effect on healthy cells. This, of course, means that Gallic acid may prove to be an effective treatment for certain forms of cancer, and that increasing the amount of Gallic acid consumed may help those suffering from cancer in their fight against the disease.

In addition to the health benefits for people at risk for certain forms of cancer or neural disorders, Gallic acid also has anti-viral and anti-fungal properties. It is a powerful antioxidant that helps to prevent oxidative damage. Gallic acid also has therapeutic applications for inflammatory allergic diseases, such as asthma, allergic rhinitis, sinusitis due to its ability to inhibit histamine release and the expression of pro-inflammatory cytokine.

As a remote astringent, Gallic acid has also proved to be effective in the treatment of regular, unusually heavy and prolonged menstrual periods (also known as Menorrhagia). In fact, Gallic acid has shown to cease the occurrence of Menorrhagia when the individual takes 5 grains of Gallic acid in pill-form 3 – 4 times per day during the flow.

Some examples of pill form supplements that include Gallic acid are Grape seed extract, Rooibos Tea Extract, Amla and Livotide, among others. It is also possible to increase intake of Gallic acid through natural juices, such as pomegranate, blueberry and grape juice, or through consuming foods naturally rich in Gallic acid.

Vitamin supplements containing Gallic acid in pill form are available at local nutritional and health stores, as well as through various online retailers. Prices vary depending on the brand purchased and the retailer where the product is purchased. However, different supplements containing Gallic acid can be found for prices ranging from $6 to almost $100.

It is important to note that many of these supplements include a variety of other vitamins and herbs that are thought to beneficial to health. The price of the product purchased will also be affected by the other ingredients included in the supplement, as well as the amount of capsules in each bottle. Obviously, bottles that hold hundreds of pills are going to be more expensive than small bottles holding less than one hundred.

When taking supplements, or any medication, it is important to follow the directions given by a medical professional or on the label of the medication or supplement. It is believed that Gallic acid is safe in any dosage. However, Gallic acid is most often found in supplements containing other ingredients. Therefore, the instructions on the bottle must be followed carefully.

Side Effects of Gallic Acid

In animal studies, Gallic acid has triggered contractile responses and inhibited the decrease of vascular pressure in the thoracic aorta. Gallic acid has also been shown to interfere with medications taken for high blood pressure. Therefore, if you are taking medications for high blood pressure or are at risk for heart problems, a medical doctor should be consulted before increasing your consumption of Gallic acid through the use of nutritional supplements. 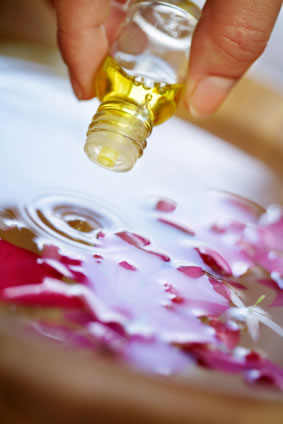 Gallic acid has been shown to have immense health benefits, and may prove to be an effective treatment for certain cancers and neural disorders.

Its use as an antioxidant helps to ensure overall and continued health, and can be taken as a supplement to increase the levels of this beneficial antioxidant in your life. However, as with all nutritional supplements, it is not a substitute for an overall healthy lifestyle through a healthy diet and regular exercise.

Also, as with all exercise and nutritional plans, you should talk to your doctor or naturopath regarding supplementing your diet. This not only ensures the proper ingestion of the supplement, but will also ensure that there is no conflict between medicines being taken and the supplement.