N-Acetylcysteine (sometimes written N-Acetyl Cysteine), abbreviated NAC, is a metabolite of cysteine, a non-essential amino acid that is both found in foods and synthesized by the body from the amino acid methionine. In the body, NAC is rapidly broken down into intracellular glutathione, a powerful antioxidant that detoxifies harmful chemicals into less damaging compounds. NAC supplements are taken to help protect the body against a wide array of environmental pollutants from cigarette smoke and automobile exhaust to inorganic herbicides.

NAC is marketed as a prescription pharmaceutical under a number of trade names including Mucomyst, Mucolysin and Acetadote, available in a variety of different dosages. NAC is also marketed under its own name as a food supplement.

NAC has two main clinical uses. It’s commonly used in hospital setting as an adjunct to respiratory therapy in the treatment of emphysema, bronchitis, tuberculosis, bronchiectasis, amyloidosis, pneumonia, cystic fibrosis and other conditions that result in the production of thick mucous. It’s also used as the first line of defense against paracetamol (acetaminophen) overdose. NAC has many other clinical applications as well, some well established, some under investigation.

When taken orally, NAC can cause severe gastrointestinal side effects including vomiting, nausea and diarrhea. According to research from the University of Maryland Medical Center, NAC also acutely lowers the levels of homocysteine (tHcy), an amino acid linked to heart disease. 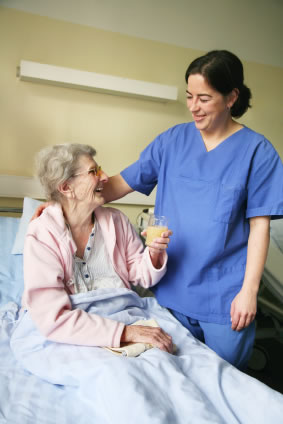 NAC is known to interact with certain prescribed blood pressure and immunosuppressive medications as well as cisplatin, doxorubicin, nitroglycerin and isosorbide, and oxiconazole; if you are taking any of these medications, check with your physician before you start taking NAC as a food supplement.

Cysteine/NAC supplement tablets or capsules are available over the counter and can be found in many pharmacies, health food stores and specialty supplement stores as well as online.

As a prescription medication, NAC is marketed under the following trade names:

N-Acetylcysteine has proven to be an effective therapy in a variety of clinical situations. Additionally, the metabolite is widely used as a nutritional supplement for its properties as a selective immune system enhancer and as protection against environmental toxins.

Mucolytic Therapy: A.L. Sheffner first demonstrated the mucolytic properties of N-Acetylcysteine in 1963, and NAC quickly became a part of standard clinical practice for the treatment of chronic lung diseases. NAC dissolves mucus by liquefying its disulfide bonds. NAC also stimulates glutathione synthesis within the body: glutathione reduces pulmonary inflammation by neutralized harmful oxidants introduced into the lungs; this helps maintain the normal composition of mucus, keeping it from becoming too viscous.

NAC has also been administered with good results to patients suffering from interstitial diseases affecting the tissue and space around the air sacs of the lungs. There is also some evidence that it may reduce exacerbations in chronic obstructive pulmonary disease.

Initially NAC was only administered by inhalation, but more recently it’s been given orally as well. Peak blood levels are reached one hour after oral administration.

Paracetamol/Acetaminophen Overdose: Intravenous N-Acetylcysteine is indicated for the treatment of paracetamol/acetaminophen overdose.

Acetaminophen is the most widely used pain reliever in the world, easily available over the counter. Most of us have used at one time or another for headaches or minor aches and pains. It’s generally safe at recommended dosages – not more than 4000 mg a day.

Dosages of more than 7000 mg in a single day, however, can be fatal although often the first symptoms do not occur until 12 hours after the acetaminophen was swallowed. Evidence of liver damage may occur within two to five days after the toxic dose, and death from liver failure follows. Even in the absence of liver damage, renal damage can occur up to 14 days afterwards.

The symptoms are due to the accumulation of an oxidizing agent called N-acetyl-p-benzoquinone imine that is normally detoxified by glutathione. In the presence of large amounts of this metabolite, glutathione levels in the body diminish. Cell death occurs when glutathione levels drop to less than 25% of normal.

NAC gives the body a way of boosting its own glutathione production and thus acetaminophen-induced cell damage and death. Optimally, NAC should be administered intravenously within 12 hours of the toxic ingestion; if it’s given more than 16 hours after ingestion, it will protect the body against further cell damage but it cannot reverse the cell damage that has already occurred.

Kidney Damage Following Contrast Dye Injection: Physicians may order a prophylactic dose of N-Acetylcysteine for patients undergoing diagnostic imaging scans who are at risk for developing kidney damage secondary to the injection of necessary high-contrast dyes.

Significant but inconsistent evidence has been put forward touting N-Acetylcysteine’s benefits in a variety of therapeutic situations.

As a Dietary Supplement

N-acetylcysteine is a naturally occurring amino acid metabolite, derived from cysteine. While NAC itself does not occur in foods, its precursor cysteine is found in most high-protein foods as well as vegetables such as broccoli and Brussel sprouts. Many people augment their body’s NAC levels by taking it as a dietary supplement. NAC is a precursor of glutathione, a potent antioxidant found in all body tissues that plays a vital role in the detoxification of harmful substances.

Antioxidants protect the body against toxic byproducts of normal cellular metabolism called free radicals. Free radicals interfere with the ability of cells to heal themselves, and free radical mediated reactions are thought by some scientists to contribute to the development of a wide range of maladies including neurodegenerative diseases like multiple sclerosis.

NAC has been proven to enhance T-cell production and some research indicates that it suppresses the replication of HIV in vitro. NAC is also a heavy metal chelator, binding to toxins like mercury and lead and helping to remove them from the body.

As a dietary supplement, NAC is available in capsules, tablets, powder, and solution. There is no daily requirement for NAC, and optimal levels have not been determined. Typical dosage can range from 250 mg to 2,000 mg per day but the most common dosage is 500 mg, taken twice daily.

There is some evidence that NAC increases the excretion rate of necessary trace minerals; people taking NAC would therefore be well advised to take a multivitamin/mineral supplement as well. While no adverse effects specifically related to NAC’s use by children have been reported, it is never a good idea to give children under 18 dietary supplements without checking with the child’s pediatrician first.

Side Effects of N-Acetylcysteine

Adverse reactions involving the gastrointestinal tract have been reported with N-Acetylcysteine. These include nausea, vomiting, headache, dry mouth, dizziness, and/or abdominal pain. In a few reported cases, NAC use has been linked to hypotension, anaphylaxis, asthma attacks and headache.

NAC potentiates the effects of nitroglycerine prescribed for angina pectoralis and can increase the hypotension, headache and temporal artery dilation associated with that medication.

University of Virginia researchers reported that large does of NAC – equivalent to those found in some body building supplements – increased pulmonary artery hypertension in mice, leading to permanent heart and lung damage.

N-Acetylcysteine dietary supplements are widely available in pharmacies, health food stores and specialty dietary supplement stores as well as online. Prices are slightly less expensive online (but that’s before you factor in the freight charges.) NAC will run slightly under $7 for a 100 600 mg capsules if you buy from an online vendor, and around $8 for the same amount if you buy from a store. Of course, prices will vary with location.