Carotenoids are an important group of vitamers of vitamin A. When referring to a vitamin such as vitamin A, it is important to note that vitamin A is not one substance or one molecule. In reality, vitamin A is a group term to collectively classify organic, chemical compounds that have the same biologic effect on an organism.

These compounds are called vitamers. Retinol, retinal, alpha-carotene, beta-carotene, gamma-carotene, and beta-cryptoxanthin are the most important vitamers of vitamin A. They each have different chemical structures and composition, but have similar effects on the human body, playing important roles in proper nutrition and functioning.

Carotenoids and vitamin A in general play pivotal roles in the normal functioning of the human body. Their roles include helping the body to regulate cell growth, regulate hormones, and help enzymes to act as catalysts in metabolism. Furthermore, carotenoids are strong antioxidants, which can bind to free radicals in the body. These molecules called free radicals can damage cells and cause chronic diseases and cancer. 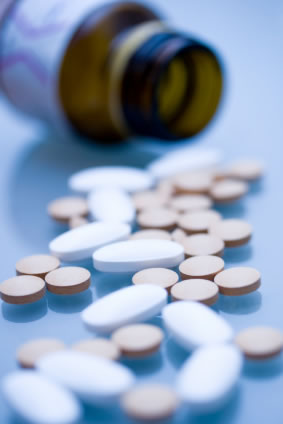 Carotenoids and vitamin A are necessary for proper growth and nutrition in humans. They are responsible for regulating many of the body’s functions such as metabolism and hormone levels. Deficiencies of a particular vitamin can negatively impact a person’s overall health and well being, causing several problems that range from mild to severe. In extreme cases, severe vitamin deficiencies can lead to birth defects and death.

Carotenoids are a major group of vitamin A and are mostly plant and fungi derived. The only known animal source of carotenoids is a small insect that likely got a gene that causes it to produce carotenoids from a fungus via cross species gene transfer. They are naturally occurring, organic pigments found in the chloroplasts of plants and are largely responsible for giving red, orange, and yellow fruits and vegetables their vibrant colors. They are also found in abundant amounts in leafy, green vegetables.

Carotenoids can be divided into two major subgroups based on their molecular configuration. One group is the carotenes and the other group is the xanthophylls. These two groups are very similar in chemical structure except that the xanthophylls have oxygen molecules in them.

Before proper technology and techniques were invented in the 20th century, all sources of carotenoids and vitamin A had to be obtained through food like meats, fruits, and vegetables. In 1947, the Dutch scientists David Adrian van Dorp and Jozef Ferdinand Arens successfully synthesized vitamin A for the first time, allowing for widespread supplementation to undernourished populations to begin.

Vitamin A was discovered in a period from 1906-1907 by Elmer McCollum. McCollum was doing research on cattle, trying to determine why cows fed with wheat only produced offspring with serious birth defects and low birth rates as compared to cows that were fed a diverse diet based primarily on corn. In experiments done on mice, which were cheaper and more practical to experiment on than cows,

McCollum discovered that rats showed similar results in their birth defects and low birth rates when fed diets consisting only of protein. Furthermore, his studies showed that in order to fix the problem, all he had to do was introduce small amounts of animal fats into their diets. McCollum theorized that the animal fats contained a substance that was responsible for the differences. This compound was named vitamin A, which was the first vitamin and the first fat soluble vitamin to be discovered.

Some of the most important and most wide known carotenoids are beta-carotene, lycopene, and lutein.

Lycopene is a bright red, naturally occurring pigment that is also a true carotene like beta-carotene. Lycopene is thought to be a powerful antioxidant that reduces the chances that a person will develop cancer. It has also been suggested that lycopene may help prevent macular degeneration, prostate problems, and asthma. Lycopene is found in red colored fruits and vegetables including tomatoes, although supplements exist in soft gel form.

Lutein is a yellow pigment and a member of the xanthophyll class of carotenoids found in leafy, green vegetables like kale and spinach. Lutein plays an important role in human eyes. The retina, an area of tissue in the back of the eye responsible for transmitting nerve signals to the brain, has areas on it that have high concentrations of lutein. Lutein helps to pigment this area of the eye, making it darker and less susceptible to macular degeneration. Lutein may also help to prevent cataracts.

Vitamin A plays an important role in human vision. In the eye, rod cells in the retina that are responsible for detecting light, bind a form of vitamin A called retinal with protein called opsin. Through a series of reactions, the retinal changes forms, which sends nerve impulses to the brain’s visual processing center, allowing people to see. People suffering from vitamin A deficiency have trouble seeing in dim light. Perhaps a more important impact of being vitamin A deficient is the inability to create tears.

Tears are the eyes main defenses against debris and bacteria which can scar the cornea, resulting in blindness. Vitamin A deficiency can also cause a condition called hyperkeratosis where people develop small bumps on the skin that are caused by keratin protein blocking hair follicles. Aside from causing dry skin and itching, hyperkeratosis can make hair fall out over the whole body.

Carotenoids are a precursor to vitamin A. The body can convert carotenoids in vitamin A, which is important in maintaining a healthy immune system. The immune system is the body’s defense against foreign invaders like bacteria and viruses. Vitamin A plays its role in the immune response by helping the thymus gland to produce specialized cells called T-lymphocytes quickly and efficiently.

When a pathogen enters the body, the immune system detects its presence and sends out these T-lymphocytes to kill the invader. Vitamin A derived from carotenoids can also help in the growth and health of epithelial cells. These cells line the mucus membranes of the body in places like the lungs, nose, and mouth. Mucus membranes secrete fluids that can trap harmful bacteria and viruses before they get a chance to take root and cause an infection.

Free radicals are molecules in the body that can cause damage to cells. Cell damage can lead to chronic diseases as well as cancer. Carotenoids like lycopene and beta-carotene are known to be powerful antioxidants. Antioxidants are compounds that can bind with free radicals, decreasing their ability to cause cellular damage. Antioxidants have the further benefit of helping to repair previous damage cause by free radicals.

Carotenoids have been shown to aid in cell communication, which may help in the prevention of cancer. Researchers have found that carotenoids increase the activity of molecules in cells that are responsible for connecting cells to one another through which nutrients and signals may be shared. 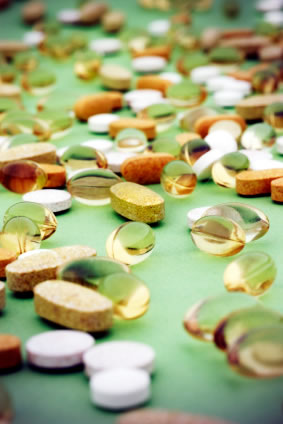 Cancer cells do not have this ability, allowing them to grow out of control. By introducing carotenoids to these cells, scientists have been able to increase the amount of cellular communication between cancer cells and normal cells, leading to the cancer cells behaving more normally.

Sources of Carotenoids and Recommended Amounts

Carotenoids are found in many fruits and vegetables that are bright yellow, orange, or red in color. They are also found in dark, leafy greens. These include:

Cooking and processing some carotenoids can cause nutrients to be leached. However, in the case of tomatoes, the availability of the carotenoid lycopene can be increased by cooking. Therefore, lycopene can be obtained more easily from canned and cooked tomatoes better than from fresh ones.

Carotenoids can be bought as supplements in pill form. Typically, it is possible to find several individual varieties or combinations of carotenoids available online and in health food stores. Prices will vary widely depending on the brand and number of pills in the bottle. On average, beta-carotene pills will cost roughly 7 cents per pill. Lycopene is a bit more expensive and runs between 11 and 13 cents per capsule. Recommended dosages vary with the supplement. As always it is important to consult with a doctor and to read the labels on the supplement before taking it.

Carotenoids are fat soluble, meaning that any extra molecules that are not metabolized will be stored in the body’s fatty tissue and liver. These molecules can stay in the body for a long time because they are difficult to remove once stored in the body’s fat. Over time, given enough exposure, toxicity can develop. The most noticeable sign of carotenoid toxicity is the skin changing colors to an orange hue. This condition is called carotenodemia. Acute poisoning can occur if daily amounts of vitamin A exceed 3000 micrograms.

Symptoms of acute toxicity include nausea, vomiting, headache, dizziness, vision problems, and loss of muscular control. Chronic toxicity happens over a long period of time when daily consumption exceeds 1200 micrograms daily over a period of months. Symptoms of chronic vitamin A toxicity include all of the symptoms of acute poisoning in addition to anemia, fatigue, and bone problems. Vitamin A toxicity is rarely fatal and is treated by maintaining proper hydration and limiting vitamin A consumption.

One interesting side effect of beta-carotene is that it may cause cancer in smokers. Although beta-carotene is a powerful antioxidant, a study has shown that people who took 20-30 milligram supplements were at a higher risk of developing lung cancer than those who did not. Critics of this study argue that smokers were included in the research, which may have skewed the results.

The benefits of ingesting enough carotenoids and vitamin A have been known for over 100 years. Today, vitamin A deficiency is rare in wealthy countries, but continues to be a problem in developing nations. With the advent of commercial synthesis processes, treatment is widely available. In addition, vitamin A has been shown in study after study to promote health and well being, so it is important to maintain proper levels for optimal health.