Edaravone is an antioxidant, a type of molecule which has been proven to slow, reduce, or prevent the oxidation of surrounding molecules. As a free radical scavenger, edaravone is one of the newer types of antioxidants within the past ten years.

Edaravone is an antioxidant currently marketed by Mitsubishi Pharma in Japan, where it has been since 2001. Currently, it is not widely available and obtained only through Mitsubishi Pharma. A potent antioxidant, edaravone is a strong free radical scavenger. Free radical scavangers can protect against oxidative stress and neurological degeneration, leading edaravone to be the subject of many studies on neuroprotective benefits within the past decade.

Researchers have deemed edaravone to be a neuroprotective agent, and studies have shown it to assist in neurological recovery following cerebral infarction. Many central nervous system diseases such as schizophrenia, strokes, and Parkinson’s disease have acquired increased interest in recent years, and subsequently encouraging research on edaravone’s possibility for neuroprotection.

In February of 2000, it was announced that edaravone had been filed in Japan and was in the third phase of trials for subarachnoid hemorrhage; the filing also indicated edaravone could be used in developing a treatment for acute brain infarction. In November of 2000, Mitsubishi-Tokyo (now Mitsubishi Pharma) issued a press release stating it was developing edaravone as norphenazone, described as a free radical scavenger. Mitsubishi indicated the potential use for edaravone would be in research on its protective effects on cardiovascular disease, cerebral edema, and cerebrovascular ischemia. 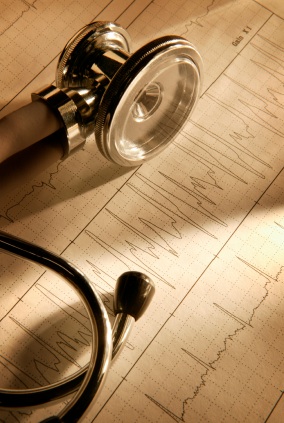 By February 2000, edaravone had been filed in Japan for the treatment of acute brain infarction, and was in phase III trials for subarachnoid hemorrhage [365460]. The compound blocks the action of the lipoperoxide, 15-HPETE, which normally increases with age and may be associated with neurodegeneration.

Many modern diseases are widely believed to be caused by oxidative stress which occurs due to an imbalance or deficiency of antioxidants. Caused by free radicals, oxidative stress occurs when macromolecules (like DNA, lipids, and proteins) are damaged and lipid peroxidation occurs. By damaging the cells, oxidation is believed to contribute to atherosclerosis, inflammatory diseases, aging, cardiovascular problems, and cancer.

Oxidative stress has been found in clinical research to be present in cases of common diseases in humans, such as neurodegenerative problems and heart attacks. While many scientists believe oxidation can contribute, it is not known for a certainty whether or not oxidative stress causes the diseases or occurs as a byproduct. Initial studies done over broad spectrum antioxidant supplement have shown while small supplements of antioxidants can be beneficial, an excess supplementation of antioxidants can be harmful. Antioxidants are used in industrial manufacturing in larger quantities, supporting the theory that an overdose of supplements would be harmful to the body.

Antioxidants work to combat oxidation, a chemical reaction that produces free radicals. In turn, through oxidation the free radicals begin a “chain reaction” which damage surrounding healthy cells, contributing to disease, degeneration, and complicating illnesses. While oxidation is necessary to transfer oxygen to cells and is essential for life, the reactions can also be damaging.

Enzymes such as catalase and superoxide dismutase, compounds like ascorbic acid, or tocopheral, are used by human cells to protect themselves against the damage caused by free radicals. All human cells use these enzymes, but disruptions can occur in the biological process. This has led many health experts and biologists to encourage the supplementation (within reason) to keep the balance of antioxidants at a healthy level in order to combat the damage oxidization might cause.

Possessing powerful free radical suppression and active antioxidant properties, edaravone has been used recently as an agent for commercial research in developing treatments for diseases which have strong ties to high levels of oxidization.
Research and Possible Uses

In February of 2010, an advisory and research firm on healthcare and pharmaceutical issues reported that Mitsubishi Tanabe Pharma had gained approval for Radicut Bag, an intraveneous formulation of edaravone available only in Japan. The first instance of edaravone being widely manufactured and distributed, the approval of Radicut Bag as a treatment method has bolstered edaravone to become one of the top selling acute ischemic stroke therapies in the global pharmaceutical market. Radicut Bag is approved through 2018, and is expected to launch later in 2010 in Japan.

The convenient method of administering edaravone through an intravenous bag is a big plus in an emergency care setting, where most stroke sufferers seek treatment. The sales for edaravone marketed as Radicut Bag are estimated to be approximately $286 million dollars by 2018 in Japan.

In Japan, the free radical scavenger has been used to treat patients with acute ischemic stroke, which results from decreased blood supply to the brain. Patients suffering from acute ischemic stroke were shown to have improved functional outcomes after being treated with edaravone in a random controlled trial. As the ischemic brain can produce free radicals when injured, it was theorized that edaravone could also help suppress neuronal death, prevent brain edema, and avert cell injury by aggressively acting as a free radical scavenger. Similar results were found in treating patients with acute cerebral infarction, where oxidative brain damage was repressed after treatment with edaravone.

The effect of edaravone’s therapeutic effects on patients severely suffering from carotid-territorial stroke was the subject of another study. The results showed that two of the patients to which edaravone was administered were able to be released to outpatient status within eight weeks after the initial onset of the stroke. These findings did not mimic the remarkable effect edaravone had on patients with an earlier onset of the disease, but did not prevent infarcts from spreading or subsequent edema, leading to the conclusion that edaravone was not beneficial in improving functional results among surviving patients.

After being tested as a protectant against ischemia, edaravone was evaluated as a recently developed agent for free radical scavenger against gastrointestinal injury. In the study, performed on rats, intraveneous administrations of edaravone were given at five minute intervals. Increases in oxidative activity were shown to be significantly inhibited by the rats receiving edaravone.

Intestinal bleeding was also observed macroscopically and microscopically to reduce following edaravone treatment. In the study, edaravone administrations were also shown to have an effect on reducing levels of mRNA and protein. By scavenging for free radicals caused by oxidization, the study’s results suggested that edaravone provided protection for the small intestine against injury.

Known for its role in inhibiting neural damage caused by free radicals by repressing brain oedema after ischemia, delaying neuronal death, cell injury, and tissue injury, scientists theorized edaravone could be useful in treatment of lacunar infarcts. Lacunar infarction a type of stroke which affects the brain’s deep structures due to loss of blood flow from occlusion of penetrating arteries. Lunar infaction, and specifically acute lunar infaction, is often seen as a prelude to ischemic strokes.

In February of 2008, research findings were presented at the International Stroke Conference which indicated that edaravone, acting as a free radical scavenger, had proven effects on patients suffering from acute lacunar infarction by improving the clinical outcomes. The research was conducted in Fukuyama, Japan, from samples received from the Mitsubishi Pharma company.

Dr. Ohta and researchers evaluated 124 patients, consecutively, all admitted within 24 hours of the first onset of acute lacunar infarction. For all patients, it was the first incident of lunar infarction, and a retrospection evaluation was conducted. In terms of baseline characteristics, no significant differences were found, and the National Institutes of Health Stroke Scale was utilized to appraise clinical outcome. Sixty-five of the patients received conventional therapy for the disease, while fifty-nine patients received a combination of traditional therapy supplemented with edaravone.

The research concluded that the patients treated with a combination of traditional therapy and edaravone had a significantly higher percentage (91.5%) of patients with a favorable outcome than those patients in the group which did not receive edaravone. The type of conventional therapy used in combination with edaravone had no effect on clinical outcomes. Subsequently, edaravone is now being seriously considered as a supplemental treatment for acute lacunar infarction irregardless of conventional therapy that is being used.

In a randomized study of 80 patients in a clinical, open-label study, patients who suffered from acute myocardial infarction were selected to receive treatment of edaravone for research on improvement in clinical outcome. This study found that patients treated early onset (before myocardial reperfusion) by the free radical scavenger exhibited better clinical outcome with edaravone treatment due to smaller enzymatic infarcts.

Due to its wide use as treatment for cerebral ischemia in Japan, a study on Amyotropic Lateral Sclerosis (ALS) and the possible benefits of edaravone was conducted. A blind study in which mice afflicted with ALS evaluated various clinical indicators before, during, and after administering edaravone. The mice showed a slower pace of motor skill decline during and following edaravone treatment. The resulting data led researchers to conclude that edaravone was effective in slowing progression of symptoms, as well as the degeneration of neurons, in ALS mice subjects.