Olive oil, and the rest of the olive tree, has been used for centuries as a highly prized oil, peace offering, trophy and currency for trade. The olive tree itself is believed to date back to approximately twenty million years ago, based on fossilized evidence found in Italy. Commercial and personal cultivation probably began closer to 5000 B.C. in the Mediterranean valley known as the Fertile Crescent. 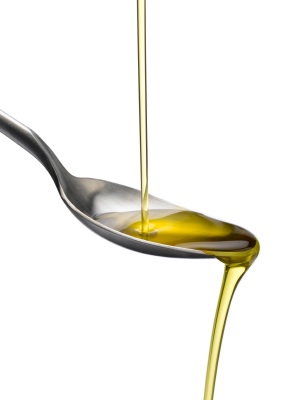 Throughout the centuries, all the way to approximately 1500 B.C., Greece was the most abundant source of cultivated olive trees. In the region now known as Israel, ancient kings placed great worth on their olive orchards, guarding them fiercely and condemning anyone who harmed their harvest to death. In ancient Mediterranean society, great shipping vessels were built expressly for the trade of olive trees, olives and oil.

Known for its medicinal properties and easily grown in harsh climates, olive trees became one of the most prolific plants in the ancient Mediterranean. Not only were the olives pressed for their essential oil, the branches were used in trade or as rewards for winning competitions.

Olive branches are most notably seen on images from ancient Greece, adorning the heads of rulers on statues and currency. “Extending the olive branch” became a common saying for promoting peace amongst feuding families. During the first Olympics in ancient Greece, participants competed with only a layer of olive oil adorning their entire body.

In ancient times, olive oil was an essential additional to medicines and cosmetics. Olive trees became so important in trade, commerce, medicine and cosmetics due, in part, to the tree’s almost invincible nature. Olive trees can withstand drought, harsh sun, wet cold and vigorous harvesting all while still growing and producing beneficial fruit.

Temperate growing seasons, entailing mildly warm, dry summers and rainy winters, offer the ideal growing and harvesting conditions for olive trees. The fruit the olive tree bears is pressed into oil, cooked into food, used as a bread dip in Mediterranean dishes and extracted into medicinal compounds and tinctures. Olive oil, and its polyphenol byproducts, is still highly prized as a virtual fountain of youth.

Uses of Hydroxytyrosol and Benefits

Hydroxytyrosol has been researched and studied in connection with the treatment and prevention of several degenerative illnesses. A number of researchers have discovered the hydroxytyrosol compound is best absorbed when taken orally. The nature of the antioxidant has been found to absorb very quickly through the lining of the stomach and into the bloodstream. Once transferred to the circulatory system, hydroxytyrosol collects in the cerebrospinal fluid and provides a number of protections to the cells of the nervous system.

The protected cells have been found to resist the attack of chemicals on brain cells, aiding in the reduction of serious Alzheimer’s disease symptoms. Hydroxytyrosol treatments have also been found to benefit other degenerative nervous disorders, such as Parkinson’s disease. In laboratory experiments conducted by researchers, brain cells exposed to oxidizing chemicals along with hydroxytyrosol. Researchers found the level of energy producing cells was protected by the cells with the hydroxytyrosol, while the control cells were seriously damaged by the oxidizing chemicals.

In addition to neurological protection, hydroxytyrosol has been found to lower the absorption rate of LDL, or bad cholesterol. There have also been studies that suggest hydroxytyrosol can be taken to reduce the risk of cancer and metastasis of existing cancer cells. Researchers introduced the polyphenol hydroxytyrosol to cancer cells found in leukemia and colon cancer. In the study published in the European Journal of Cancer Prevention in 2002, researchers stated the cancer cells were visibly arrested and prevented from expanding into larger tumor areas.

Hydroxytyrosol is available in several different formats and range in price from under ten dollars to close to thirty, depending on the delivery method. There are online vendors who sell products including hydroxytyrosol, and made exclusively with hydroxytyrosol, which are available year round.

For a natural alternative to expensive facial creams, those looking for firmer younger skin can purchase Hidrox facial cream for around nine dollars. Hidrox includes an exclusively patented extract of hydroxytyrosol and is indicated for use as a night cream for smoother, firmer skin. Hidrox facial cream fights free radicals that can affect the skin and cause unwanted signs of aging on the face. Hidrox is a smooth cream that is quickly absorbed into the skin for protective defense against sun damage and aging.

Those looking to boost their body’s immune system and free radical fight ability can purchase Olivenol, which is a vegetarian tincture that can be taken internally. Tinctures are extracts made from the pulp of plants to refine the beneficial polyphenols and herbs. Tinctures are also easily digested and can be added to regular drinks for a palatable flavor. Olivenol supplement contains hydroxytyrosol extracted directly from the pulp of organic olives and is available online for approximately fifteen dollars. Hydroxytyrosol is easily absorbed through the stomach lining and into the bloodstream and promotes cardiovascular, immune system and cholesterol health.

If a tincture is not preferred, there are vitamin type caplets and tablets containing dried extracts with hydroxytyrosol. VegCaps are a dietary supplement that is ingested in the same manner as regular vitamins. Hydroxytyrosol, sold as the brand name Olivenol, is available in 300 mg VegCaps at many online health stores. Pricing for a 60 cap bottle ranges, depending on the supplier, from eighteen to thirty dollars. 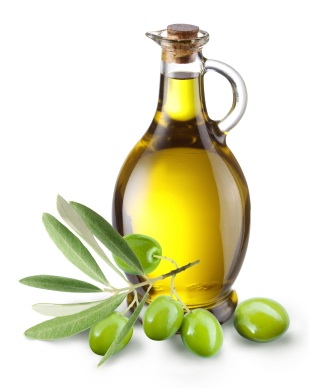 While most herbs are recommended in specific dosages for adults only, hydroxytyrosol has shown no adverse side effects when administered to any age group. CreAgri, the maker of Olivenol, conducted scientific studies on subjects who ingested a Mediterranean diet which heavily featured olive oil as its own food group. The manufacturer produces Olivenol by using all natural extraction process with no harmful chemical solvents.

They provide several different variation of Olivenol, depending on the consumer. One 300mg VegCap is equivalent to a recommended four to six ounces of olive oil per day. Olivenol is one of the only herbal supplements to feature hydroxytyrosol as its main compound.

Hydroxytyrosol, ingested in any format, should be done according to the manufacturer’s instructions. No herbal or plant extract supplement should be added to a diet without first consulting a primary or dietary physician.

Although all previous research indicates hydroxytyrosol is completely beneficial to humans, some herbs and supplements can interact badly with prescription or over-the-counter medications. Consulting a physician who has prescribed medication for a specific illness is recommended to avoid any adverse reaction between the prescription and the natural treatment.

Recommended dosages for olive oil, in order to receive the full benefits of the hydroxytyrosol, are four to six ounces per person per day. While this may seem like a small amount, olive oil is high in fat and may affect those who are on a low-fat or fat-free diet. As an alternative to using extra virgin olive oil, consumers can purchase hydroxytyrosol in tincture or capsule format. This method of ingestion may be much preferable to straight olive oil.

Hydroxytyrosol can be purchased at many health food and herbal supplement stores around the world. It can also be found on the internet, either directly from the manufacturer or through various herbal supplement websites. With an unusually long growing season, olives can be harvested in the mild Mediterranean climate almost year round.

Hydroxytyrosol can provide many health benefits for consumers of all ages. There is no minimum age for good health and a healthy diet. As with any significant diet change or addition of a dietary supplement, one should always consult their primary physician. The makers of Olivenol are also available for consumers who may have questions on changing their diet or adding the healthy benefit of olive oil to their diet as a supplement.

Throughout history, olive trees and the oil their olives produce has proved to be beneficial, not only for the internal human body, but also for the external. Creams made primarily of the pressed extracts of olives have shown to significant increase the outward appearance of aging skin. As one of the strongest free radical fighters known to man, hydroxytyrosol is a natural supplement that should be seriously considered as a healthy addition to any lifestyle.