Glutathione, also referred to as L-Glutathione, L-gammaglutamyl, L-cysteinylglycine or GSH, is a tripeptide naturally occurring in the body. Existing in almost every cell of the body, Glutathione is a small molecule made up of three amino acids: cysteine, glycine, and glutamic acid. Glutathione, however, must be generated within the cells before it can work effectively within the body.

Glutathione is important to intermediary metabolism, immune response, and overall health. Often referred to as the “mother of all antioxidants,” glutathione is vital in aiding the multiplication of lymphocytes, the cells that mediate specific immunity, that occur in the development of an effective immune response. Glutathione is also used in repairing cellular damage from harmful free radicals and reducing oxidative stress. Glutathione is essential in protecting organs such as the liver, the eyes, skin, kidneys, brain, and heart. 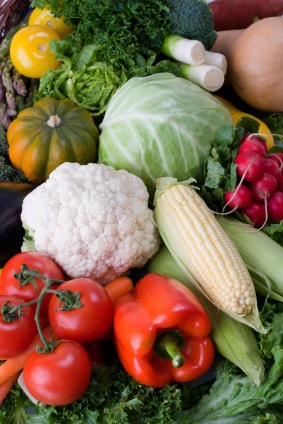 The discovery of glutathione first was in 1888 by De-Rey-Pailhade, but its role as an antioxidant and detoxifier was not discovered until 30 years later. Glutathione was first isolated by Sir Frederick Gowland Hopkins in 1926. Isolating glutathione lead to understanding of this powerful tripeptide and exploration of its many uses. Hopkins made is the discovery and characterization of glutathione that is described in the Journal of Biological Chemistry. He recognized that glutathione was important as a hydrogen acceptor in a number of biochemical reactions. In addition, Hopkins observed the way the body utilized oxygen in relation to glutathione levels.

Foods that naturally boost glutathione levels are fruits, herbs, vegetables and meats. Vegetables such as broccoli, cauliflower, onions, Brussels sprouts and cabbage, tomatoes, carrots, spinach, and asparagus are good sources of glutathione. Watermelon, avocado, fruits rich in vitamin C like oranges, foods containing vitamin E like almonds all contain positive levels of glutathione. Glutathione is found in raw eggs, fresh, unprocessed meats, garlic, turmeric, and herbs such as cinnamon and cardamom. Brazil nuts are also an effective source of glutathione. Eating one Brazil nut a few times a week is an acceptable way to increase glutathione levels; however, Brazil nuts are high in calories.

Unfortunately, there is no evidence of the benefits of taking glutathione as a supplement. Research suggests that glutathione taken orally is not well absorbed within the gastrointestinal tract. Taking supplements such as acetylcysteine, which is an antioxidant that can regenerate glutathione within cells. Another antioxidant to consider is the mineral selenium, which helps to boost glutathione production within the body. Other methods of glutathione supplementation have been found to be somewhat effective. These methods are administering glutathione using nasal sprays, sublingual (under the tongue), patches, and through injections.

It is rumored that actress Suzanne Summers spends over nine hundred dollars a month on glutathione injections to keep her healthy and give her body a youthful appearance. Oral supplements of glutathione are easily available at many places on the Internet such as amazon.com and vitacost.com and can also be found in retail stores such as GNC or walmart. The cost depends on the amount of capsules and milligrams of glutathione; at GNC a 50 mg bottle of 50 tablets is sold for $9.99. Mineral supplements such as selenium are available on the Internet at websites such as drugstore.com and herbal remedy.com for approximately $10 for 100 tablets.

Selenium is also available for purchase at many retail stores including walmart, walgreens, and kmart. Undenatured, or non-heated, whey protein is also high in glutathione. There have been some studies that have shown that the glutathione found in whey protein can be absorbed by the body. Whey protein is a commonly found product that is sold at retail stores such as walmart or Target and online at websites like drugstore.com. Whey protein varies in prices but one can expect to pay $15.00 for a two-pound container of whey protein powder. One typically consumes whey powder in shakes.

There are many different flavors of whey protein powder such as chocolate, vanilla, and cookies and cream and it is very soluble, mixing easily into a healthy shake. There are no documented side effects of taking whey protein supplements.

Generally, glutathione is said to be free of side effects. Considered safe by the Food and Drug Administration, no reports of harmful side effects have been published in any medical journals. There is one reported side effect has been contributed to glutathione, which is skin whitening. Skin whitening occurs when glutathione is taken in increased doses by modifying conversion of eumelanin (dark/brown/yellow pigmentation) to phaeomelanin (reddish white pigmentation). Many dermatologists use glutathione as a skin whitener and it has been proven to be very safe and effective. 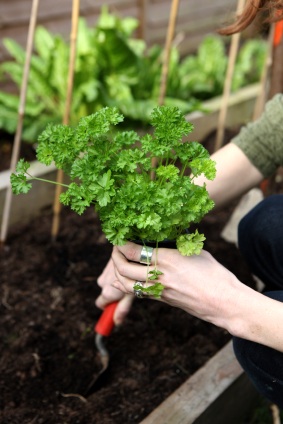 Levels of Glutathione in the Body

Oxidative stress can also worsen many diseases which include Alzheimer’s disease, liver disease, Parkinson’s disease, cystic fibrosis, cancer sickle cell anemia, HIV and AIDS, diabetes, and heart attack. The aging process also causes lower levels of glutathione in the body. By age 20, the body begins to lose between 10-15% of glutathione per decade.

It is important to increase consumption of foods rich in glutathione after age 20. Other ways glutathione is decreased in the body can be from pollution, stress, exposure to poison such as pesticides, and birth control pills and hormone therapy. The higher glutathione levels are the healthier the individual is. High levels of glutathione help to rid the body of toxins and boost the immune system as well as the metabolism and energy levels.

Many dermatologists recommend eating foods high in glutathione to help reduce the signs of aging and improve skin clarity. Raising levels of glutathione in the body has an impact on almost every disease and sickness. An increased presence of glutathione can help to reduce symptoms of and prevent colds and the flu, can increase energy levels, and can slow memory loss.

People of any age and lifestyle can benefit from increased levels of glutathione in the body. Glutathione contains so many healthy effects and no known negative side effects; because of this, most doctors and nurses encourage people to increase foods rich in this powerful antioxidant in their diet. Scientists agree that consuming increased amounts of glutathione early in life promotes longevity and reduce the potential of contracting and severity of chronic diseases. By neutralizing and repairing the damage done by free radicals, glutathione is proven to help slow the aging process.

Many doctors are further researching the benefits of high levels of glutathione for several conditions including Alzheimer’s disease, cancer, heart disease, osteoarthritis, Parkinson’s disease, cornea disorders, kidney dysfunction, liver disorders, and immunodepression that occurs in diseases such as AIDS. There is increased evidence suggesting that cellular redox, or reduction-oxidation, status is key in regulating viral replication and infectivity; glutathione helps to maintain a healthy cellular redox status. Glutathione has been proved to reduce flu symptoms by one third and increased levels of glutathione have shown a reduced chance of contacting the flu.