Curcumin is the active compound in turmeric, a popular spice often used in Indian foods and curry. Curcumin is classified as a polyphenol and it is the compound that gives turmeric its bright yellow color. Besides being a popular dietary supplement, it is used as a food coloring.

Turmeric comes from the Curcuma longa plant, a member of the same family as ginger. Turmeric is from the rhizomes of the plant, which is part of the stem that resides underground.

Along with curcumin, the turmeric rhizome also contains demethoxycurcumin and bisdemethoxycurcumin. Turmeric has traditionally been used as a medicine for thousands of years in India, but more recently, it has been used to treat inflammation, cancer, and liver disease, among others.

The first medicinal use of turmeric comes from Ayurvedic medicine in India. Evidence suggests it has been used since at least 1900 BCE.

The rhizomes and roots of the turmeric plant, which grows wild in the Himalayas and South Asia, would be ground into a powder and used both externally and internally to treat a wide variety of ailments.

Turmeric was said to be the most beneficial for the liver, heart, lungs, and the skin.

A paste of ground turmeric was applied externally to cuts, scrapes, and burns. It was said to have a variety properties when applied externally: as an analgesic, antibacterial, antiseptic, anti-inflammatory, and astringent.

When eaten, turmeric was said to treat the following conditions:

Today, curcumin is still used by some people for all of the traditional uses, but the long list has been expanded even further. Curcumin is used by people of all ages, but the highest demographic is people in their late 30s and older.

Curcumin is not widely used by the mass population, except some places in India, where its use originated. In North America and Europe, curcumin use is limited to those seeking natural remedies and trying to reduce modern medications in their life.

Curcumin has been shown to be effective as a scavenger of reactive oxygen and nitrogen in a test tube environment, but no clear results show that it works as an antioxidant inside of a living animal. Because of its low absorption rate in humans, most prepared curcumin doses are too low to even enter the bloodstream.

However, some studies have found that accumulated curcumin in the gastrointestinal tract did inhibit oxidative damage in the immediate areas of accumulation. Curcumin has also been shown to have indirect antioxidant properties by inhibiting enzymes that play a role in oxidation.

Curcumin, in initial trials, has been shown to produce apoptosis is in a variety of cancerous cells. Apoptosis is a programmed cell death that happens suddenly without accompanying inflammation. So far, only Phase I trials have been completed in humans.

These are studies of very small groups of people. In these trials, where 3.6 g of curcumin was taken per day for 7 days, traces were found in both normal and malignant tissues of colorectal cancer patients.

In one of the few Phase II trials that have been conducted, some anticancer properties were shown in two out of the 21 study participants suffering from pancreatic cancer. Because of its low bioavailability, however, it is thought only to be effective in a liposome encapsulated form injected intravenously.

Although full clinical trials in animals have shown curcumin to have anti-inflammatory properties, only a very few limited trials have been conducted on humans. In one preliminary study of 18 patients suffering from rheumatoid arthritis, curcumin supplements were taken at doses of 1200 mg per day for two weeks.

Patients reported similar improvements in swelling, stiffness, and general movement that had been experienced with NSAID treatment. Another preliminary trial of 40 men recovering from hernia surgery showed that curcumin administered at 1200 mg per day for 5 days was more effective in reducing pain, tenderness, and edema than a placebo.

Two other studies showed that 1125 mg/day of curcumin, taken for 12 weeks, relieved inflammatory conditions of the eyes. Larger clinical trials are still required to make a final determination on the effects of curcumin and inflammation due to diseases like rheumatoid arthritis.

Curcumin has been taken by people suffering from this genetic disease as a pain treatment. A study done on mice showed that curcumin, orally administered, can correct the abnormal protein folding and ion transportation that causes the pain in cystic fibrosis. 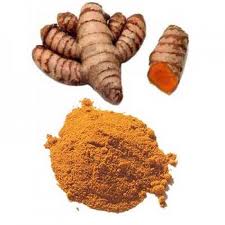 Mice, however, which have the same genetic mutation as humans with cystic fibrosis only experience gastrointestinal effects of the disease, not the pain or lung complications associated with humans. Furthermore, a second trial based on the exact same model as the first found no benefits whatsoever.

The Cystic Fibrosis Foundation conducted one human clinical trial using curcumin, and, they too, found it to be of no benefit. The foundation, therefore, has officially recommended patients not to use curcumin for management of cystic fibrosis.

Alzheimer’s disease causes deposits of peptides to be deposited in the brain. These are called amyloid plaques. The plaques are known to cause oxidation damage and inflammation. Curcumin injections have been shown to inhibit the formation of these plaques in the body, even crossing the blood-brain barrier in animal test subjects.

Inflammation and oxidation damage seems to have been reduced. Biomarkers show that reduction may be in the areas that cause the memory deficits associated with Alzheimer’s disease. It is not certain, however, if orally-administered curcumin can cross the blood-brain barrier, which is necessary in the treatment of symptoms.

So far, clinical trials in humans have shown that 4 g/day of orally administered curcumin is safe to use. Effects on Alzheimer’s disease in humans have yet to be studied.

Curcumin is available today as a standardized extract, which is powdered and put into gel caps, often with other ingredients, such as black pepper or ginger. Raw curcumin is taken in doses of 3 to 10 grams, but it is usually taken as a standardized extract in doses of 300 mg to 1 gram. Doses are repeated from 1 to 5 times per day, usually with food.

Unfortunately, curcumin is very slowly absorbed by the body, so unless it is prepared with oils in food, it can take hours before it reaches the bloodstream.

The reason why curcumin is often found capped together with black pepper or piperine (black pepper extract) is because studies have shown that, when taken together, curcumin absorption is increased by 2000 percent within the first hour after consumption. In 2007 and 2008, two new forms of curcumin were manufactured: nanoparticle and lipidated. Both forms show increased performance and absorption but are still not widely available.

Studies show that curcumin itself is only found in very low concentrations in plasma and serum. Curcumin metabolites, however, are detected, but there is no evidence that the processed metabolites have the same benefits of curcumin. In fact, curcumin, taken orally, is not detected in serum at all when taking less than 4 g per day. Evidence suggests that curcumin can accumulate in the lining of the intestine where it is absorbed by the body at a later time.

Curcumin is legal as both a food additive and dietary supplement everywhere in the world. It can be found at natural food stores and, as turmeric, in open markets and supermarkets.

Curcumin is labeled as a generally safe product in the U.S. and no other country places a limit on its use. No serious side effects have ever been reported from high doses. Studies show that up to 12 g taken in one dose is safe, and dosage did not increase the quantity or severity of side effects. Long-term usage at 8 g/day for three months was also shown to be safe in studies.

Participants had very few, if any, side effects. The safety of curcumin in pregnant and lactating women has not been studied, but no historic evidence indicates any adverse effect. Mild side effects of curcumin experienced by some people include only nausea and diarrhea.

Curcumin is readily available as turmeric in most food stores where it sells for about $5.00 per pound in the U.S.

As a dietary supplement, curcumin is found at natural foods and vitamin shops in a standardized extract form of usually 95% purity. Standardization claims of dietary supplements are not tested in the U.S. 100 capsules of curcumin at 500 mg can sell for anywhere between $10 and $25 per bottle, depending on the manufacturer and retail store.