Oleocanthal is nature’s ingredient for pain relief. The reaction is similar to ibuprofen, with additional health benefits as well. Oleocanthal comes from extra-virgin olive oil. No other oil, from any source contains the anti-inflammatory drug.

Oleocantahal is widely believed to help or control many diseases. One of the latest discoveries is oleocanthal’s ability to stop, or delay the onset of Alzheimer’s disease. The substance is one of the reasons so many Mediterranean people who exist on a diet containing large amounts of extra-virgin olive oil have fewer problems with heart disease, cancer, stroke, or dementia.

Oleocantahal works by changing the existing structure of protein in the body. This prevents protein from damaging the cells in the brain, heart, lungs, or other major organs. The protein, also known as ADDLs are a toxic division of normal body protein. 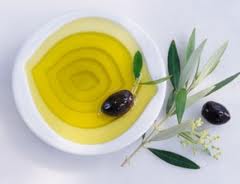 These have a devastating effect on older individuals and are a leading cause of Alzheimer’s disease. The ADDLs adhere to synapses in the brain and close them off. Oleocantahal alters the protein enough that it cannot bind to the synapse, thereby crippling its effect on the patient and stopping the advance of the disease.

Another theory on the way the enzymes in Olive Oil work to prevent disease and stop the onset of devastating illnesses such as Alzheimer’s disease is by singling out the ADDLs they make them easier targets for the body’s own natural anti-body defense.

Oleocanthal contains the same properties as other NSAIDS such as ibuprofen. The enzymes COX-1 AND COX-2 create an anti-inflammatory effect and are non-steroid in nature.

Like many of its medicinal counterparts, oleocanthal was a scientific stumble upon drug. A researcher who participated in many ibuprofen experiments recognized a familiar ‘sting’ in the back of his throat when swallowing premium olive oil. That sting became part of the drug’s name: oleo=olive, canth=sting, al=aldehyde). Many tests followed to make sure the properties came from the oil itself and the particular ingredient in the oil before proclaiming the healing properties of the extract.

Oleocanthal comes from the purest form of olive oil—extra virgin olive oil. That oil comes from olive juice and is a mainstay in most Mediterranean diets.

The best way to tell if the EVOO (extra virgin olive oil) you have has a high level of olencanthal in it is by taste. It is not yet listed in the breakdown of daily dietary percentages on food labels yet. Experts still haven’t figured out the best way to relate that information, and it doesn’t exist in any other food on the planet so it is hard to incorporate into a template of use for all foods.

The “bite” of peppery sensation on the back of your throat is a key indication of strength. The stronger, sharper, and more tangy that feeling is, the higher the level of olencanthal in the oil. That “sting” is what triggered the investigation of olive oil’s similarities to ibuprofen in the first place.

The stronger EVOOs often have a label that reads “robust” while others have “mild” on the label. The robust oil is the one with the higher levels of oleocanthal in it. It is true that EVOO made from younger plants have a higher level of oleocanthal and are more bitter, and sharp.

The properties in extra virgin olive oil, or the derivative oleocanthal, is known to prevent heart disease, calcium buildup in arteries, and veins, and is the target of many studies for other cardiovascular disease therapies. It has strong indications as a therapeutic measure against degenerative joint disease due to its anti-inflammatory properties. The effects of many diseases associated with inflammation such as asthma’s inflammation of the lungs are reduced with regular consumption of olencanthal.

Another pleasing property of oleocanthal is the decreased dosage for equal effectiveness. It only takes about 10% of the dose for ibuprofen to achieve the same results. For an adult that would be approximately 50 grams, or 3 tablespoons of olive oil per day. There are no indications specifically for a child’s dose. Typical daily consumption in a normal, healthy diet is sufficient for the buildup of benefits. If a child develops illnesses normally treated with ibuprofen or other anti-imflammatory drugs, seek the advice of a physician before attempting to medicate using oleocanthal or any other herbal remedy. 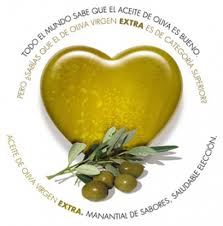 Olencanthal is elusive and somewhat difficult to process since most distillation methods or extraction methods destroy the compound. For that reason, the best way to consume olencanthal is still by naturally assimilating it through its source, extra virgin olive oil.

There are, however, liquid capsules containing extra virgin olive oil so that you can take your daily requirements of oleocanthal without actually putting oil in your diet. Beware that since the only way to create the capsules is to use the full oil source since the oleocanthal is not removable as yet, you may still be subject to the calorie increases of the full serving of oil.

Some of the capsules advertising extra virgin olive oil are really extracts of several oils, and claim oleic acid as an ingredient. This may not be as helpful as the actual oleocanthal compound due to the processing so read labels carefully.

Extra virgin olive oil is more expensive than any other type of oil on the market, including other forms of olive oil. Those interested in the healing effects of EVOO pay the price to get the compound at its source. The average bottle of extra virgin olive oil costs about ten dollars for a sixteen-ounce bottle. Pills cost between sixteen and twenty dollars for 100 capsules.

As potent as olencanthal is, and in spite of the great prospect for delayed, reduced, or even stopped Alzheimer’s disease, cardiac problems, and other serious illness, it is not a total replacement for drugs such as ibuprofen.

It would take a very large dose of olencanthal to get rid of headaches, or serious pain the way other anti-inflammatory drugs will. However, when consumed regularly, it will help the body’s own natural defenses conquer serious illness.

Oleocanthal is one of the natural herbal medicines that do not have a true danger of consumption. However, too much of anything is usually a bad thing. There are reasons for the body’s defense systems and consuming even helpful foods with the desire to thwart inflammation more harm than good.

The good thing is, that no matter how where it is necessary may cause much oleocanthal you consume it will not hurt your stomach, or have other harsh interactions with your system the way ibuprofen or other NSAIDs may. Chemical NSAIDs are very harsh to the stomach, kidneys, and other soft tissues.

One danger unrelated to the chemical itself, but to the oil in the foods you eat is that olive oil contains approximately 100 calories per tablespoon. The average daily requirement for medicinal purposes is 3 tablespoons and that boosts your daily calorie intake quite a bit.

Do not be fooled into thinking that you can avoid the calories by using “light” olive oil. All of the oils have the same relative calorie count, but do not have the oleocanthal that extra virgin olive oil has.

Not all oils are created equal. There are some who believe any oil is as good as extra virgin olive oil. That simply is not true. The benefits from EVOO come from the single compound oleocanthal and that is not found in any other oil. There is some debate about the origin of the oil. Some feel the best EVOO comes from Australia where other research shows that it doesn’t matter as much where the oil comes from as it does the sting it possesses.

Some truths often confused with myths are that EVOO definitely is an antioxidant. EVOO is a good fat that is best when it is freshest. However, contrary to some beliefs it is nearly impossible to tell the freshness of a product if it isn’t labeled with dates. The biggest reality of EVOO that is not widely known, and that some believe is a myth is that you should not cook the oil when you are using it for medicinal purposes.

It is best drizzled over foods such as salads, or even mixed in raw with smoothies or other drinks that will mask the sharpness of the taste.

The younger the olives used to create extra virgin olive oil, the stronger the chemical compound oleocanthal will be. Oleocanthal reacts badly to heat so avoid cooking with the oil when you desire the most benefits from it. That does not mean do not eat olive oil that is used in cooking, it means that oil will not count as your daily consumption for therapeutic purposes.

The ongoing research into what the active properties of olive oil do and how they react with the body’s defenses and illnesses continues to impress health professionals.

There are many things yet to know about olencanthal. We do not know all that it will, and will not do. However, it is certain that the benefits are outstanding even as we know them now.