Coenzyme Q10, or ubiquinone as it is sometimes called, is a fat-soluble compound found in nearly every cell in the human body. Extremely high concentrations are found in organs, especially the heart and the liver.

CoQ10 is called a vitamin-like substance, because the human body needs small quantities of it to maintain normal bodily functions. The compound’s primary purpose is to aid in the conversion of carbohydrates and fats into a form of energy that the body can use.

The compound was first discovered during the analysis of a cow’s heart by University of Wisconsin Professor Fredrick L. Crane in 1957. The chemical structure and function in the human body was discovered shortly thereafter. 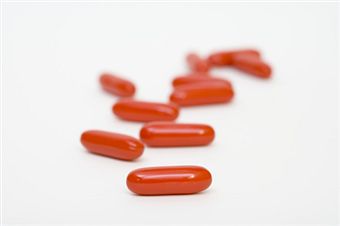 It was first used as an experimental treatment in the 1960s, when it was given to patients with heart disease.

Japanese scientists figured out how to mass produce CoQ10 in the 1970s, which has allowed researchers to conduct thousands of more studies.

CoQ10 has shown promise in the treatment of many conditions and diseases in clinical trials around the globe.

Where Does it Come From?

The human body naturally synthesizes Coenzyme Q10, as well as absorbs it from dietary intake.

Fruits and vegetables are poor sources of CoQ10, with avocados and leafy green vegetables as the exceptions. As so few healthy foods provide high concentrations of CoQ10, most people look to supplements to increase their CoQ10 intake. Supplements generally contain many times the amount of CoQ10 than a normal person could ever consume in their regular diet.

Coenzyme Q10 serves a vital role in the production of ATP, the molecule which provides energy for nearly every cellular process. As such, maintaining proper levels of CoQ10 can boost energy levels and efficiency in many different areas of the body, such as the immune system and cardiovascular system.

Furthermore, CoQ10 is an antioxidant, meaning that it can absorb free radicals found in the body. Free radicals can damage DNA and kill cells, and are thought to be major contributors to the aging process. Antioxidants can help prevent this damage from occurring by destroying free radicals.

Due to certain rare metabolic disorders, some people’s bodies may not be able to produce a proper amount of CoQ10 to maintain normal body function. As such, supplements help provide the body with enough dietary CoQ10 to offset the lack of natural production.

People with diseases such as Parkinson’s Disease, HIV/AIDs, and various cancers have been shown to have abnormally low CoQ10 levels. Though it is currently unclear what specific effects this produces, CoQ10 supplementation can return these levels to normal.

In addition, patients with general malnutrition usually have low amounts of CoQ10 in their bodies. CoQ10, along with other vital vitamin and nutrient supplements, can help return a malnourished person to health.

CoQ10 supplements can help fight aging in several ways. The first is due to its properties as an antioxidant. CoQ10, along with other antioxidants such as Vitamin E and C, can help limit the damage of free radicals, which contribute to many of the symptoms related to aging.

The second is due to the fact that the body naturally starts to produce less CoQ10 as it ages. Supplementation can return blood levels of CoQ10 to a normal state and therefore increase energy levels and improve various bodily processes. In addition. several studies also point to CoQ10 helping slow down, though not cure, Alzheimer’s disease.

Most of the trials and studies dealing with CoQ10 over the last few decades have related to the treatment of heart disease. This is partially due to the fact that the cells of the heart contain the highest concentration of CoQ10 in the human body. CoQ10 has been shown to be quite effective in gradually improving heart function as well as alleviating symptoms such as chest pain and fatigue in patients with heart disease.

There have been some cases where a CoQ10 regimen helped drastically return the heart to a normal level of function. These cases all occurred when the CoQ10 regimen was started immediately after the disease was diagnosed. As such, it stands to reason that CoQ10 is most effective when taken in the very early stages of the disease. Nevertheless, it has been shown to be somewhat helpful in the later stages as well. It is important to note that CoQ10 was taken alongside traditional drug treatments and lifestyle changes in all of these studies.

Initial results from several studies show that CoQ10 may be helpful in reducing blood pressure. People with hypertension have been shown to have low blood levels of CoQ10. It is not clear whether that the low amounts of CoQ10 are a cause of hypertension or merely a side effect.

However, placebo-controlled trials have produced results showing that a daily regimen of CoQ10 can lower blood pressure by a moderate amount over the span of a few months. It should take at least four weeks to see any changes in blood pressure from a CoQ10 regimen.

People with high cholesterol tend to have lower blood levels of CoQ10 than their peers with normal cholesterol. In addition, the class of drugs commonly used to lower blood cholesterol, statins, are known to deplete the body of CoQ10. 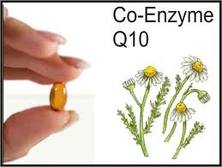 Taking supplements can counter this deficiency without adversely impacting the cholesterol-lowering effect of the statins.

Limited studies show that CoQ10 supplementation may help decrease the chest pain related to angina and alleviate some of the chest discomfort that occurs during exercise.

Coenzyme Q10 has been the subject of several promising studies related to Parkinson’s Disease. While more research is needed, the limited data shows that CoQ10 supplementation helps limit the degradation of muscle function caused by the disease.

CoQ10 may be helpful in treating various types of cancer, HIV/AIDS, gum disease, and many other diseases that are accompanied by low levels of CoQ10. More comprehensive studies are needed before any preliminary or definitive conclusions can be made.

Positive results have been seen from Coenzyme Q10 supplementation with dosages as low as 10-30 mg per day. However, people absorb the compound differently, so a dose that is enough for one person may not be enough for another.

Over-the-counter supplements range from 30 mg to 200 mg per pill. 100 mg should be more than enough for the daily requirements of the vast majority of healthy adults. Soft-gel tablets are the best way to supplement with CoQ10, as they provide the highest rate of absorption.

In addition. eating a meal containing some type of fat also ensures better absorption. It is recommended that young children do not take CoQ supplements unless under the direction or supervision of a pediatrician. Pregnant women are also discouraged from taking CoQ10, due to the unknown effects of supplementation on pregnancy.

There are no known serious side effects to CoQ10 supplementation. An extremely low percentage of people have reported an upset stomach, mild nausea, fatigue, and headaches. CoQ10 may slightly lower blood sugar levels, so people with diabetes or hypoglycemia should be cautious while taking CoQ10 supplements.

It is not known to have any toxicities. Despite this, following the dosage guidelines is recommended. If taking prescription medication, consult your doctor before beginning a CoQ10 regimen, as the compound has been known to negatively interact with some medications.

Where Can I Get It?

CoQ10 can be found in nearly every major pharmacy and health store in the United States, as well as larger retailers like Walmart and Target. Any online retailer that sells vitamins or nutritional supplements is likely to have CoQ10 in stock.

CoQ10 is legal in every state in the U.S., and can be purchased over the counter without a prescription.

How Much Does it Cost?

CoQ10 is relatively expensive compared to other vitamin supplements. A generic 30 count bottle of 100 mg pills can be found at Walmart for around $10-15, while name brand products at specialty stores can cost much more.

Part of the reason for the high price is that nearly all the CoQ10 in the world is produced through a costly manufacturing process in Japan and must be exported.

Should I Take It?

As there are few negative side effects and plenty of benefits, there seems to be no reason not to add a moderate amount of CoQ10 to your daily supplement routine. However, CoQ10 is not some sort of magic cure-all, and is certainly not a replacement for a healthy lifestyle.

It is quite costly, and the benefits are not as clear for young, healthy adults. Older adults and those with specific concerns such as heart disease stand to benefit the most from a CoQ10 regimen. If in doubt, ask your doctor or medical professional.