L-Carnitine, a sub-type of Carnitine, is a naturally occurring amino acid critical to the burning of fatty acids for energy and prized for its antioxidant properties. Synthesized in the liver and kidneys, L-Carnitine requires two essential amino acids, lysine and methionine, for synthesis to take place. It also requires niacin, B6, and iron from the body for synthesis. Without these key components, the liver and kidneys cannot supply the body with this much needed amino acid.

L-Carnitine has a very specific role as an amino acid. Its purpose is to carry fatty acids into the mitochondria where the acids are burned as cellular fuel. This amino acid was discovered in 1927, but it was not until the 1960s before its purpose and significance was fully understood.

L-Carnitine is the biologically active strain of the amino acid. The biologically inactive strain is referred to as D-Carnitine. It can be found in numerous foods and has several potential medical uses, though it is often used as a diet supplement because of its antioxidant properties and ability to boost energy.

Where Does L-Carnitine Do?

Before any discussion on Carnitine can take place, one must first understand the role of amino acids in the metabolic process. Amino acids generally do one of two things: They are either critical to the synthesis of proteins or they are oxidized and used as energy at the cellular level. Carnitine is an amino acid that transports lipids into the mitochondria where they are oxidized for energy. Its primary purpose is to carry those fatty acids through the cell wall to the mitochondria where they will be burned as fuel. 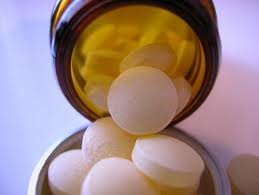 Triglycerides are a type of fatty acids used by the body as fuel. Triglycerides provide long-term energy production where glycogen is a polysaccharide used for shorter bursts of energy. By focusing on the use of triglycerides in the production of energy, L-Carnitine provides for greater stamina and endurance critical to continuous exercise.

Glycogen, on the other hand, provides greater energy for a much shorter span of time. It is L-Carnitine’s selectivity that allows for the ability of fatty acids like triglycerides to provide long bursts of energy to the body.

The typical source of triglycerides is from fatty tissue. Once that fatty tissue is broken down into lipids, L-Carnitine then aids in the transport of the lipids into the cell itself where the lipids are then used for fuel for the cell. This efficient use of lipids makes L-Carnitine critical in the energy production of the body at the cellular level. The use of lipids as an energy source also prevents the oxidization of those lipids. L-Carnitine’s role in the removal of the lipids prior to oxidization makes its antioxidant properties even more valuable in the overall role of physical health.

What Does L-Carnitine Do?

Perhaps the simplest way to put this is that Carnitine and its sub-groups, L-Carnitine and D-Carnitine, act as a turbocharger for the body, providing greater energy, longer endurance and stamina, and a cleaner fuel burn for the body.

Continuing to use the automotive analogy, turbocharging not only gives more power, but it makes maximum use of the fuel insuring that less waste is put out the exhaust. When talking about human cells, just like the planet around us, if we put less waste back into our environment, it makes for a healthier place to live. Just like throwing our trash all about us, it not only affects ourselves, but our neighbors. Throwing less waste around within the body means less pollution for the neighboring cells to deal with.

Where Does L-Carnitine Come From?

The primary source for L-Carnitine are the kidneys and liver, but they are not the only source of the amino acid. It is also available from various food sources. It is found in substantial quantities in red meat, such as beef, and to a lesser degree in pork. It can also be found in nuts, fruits such as bananas and apricots, legumes, and cereal grains. It can also be found in many over-the-counter vitamin supplements and energy drinks.

What is L-Carnitine Used For?

Proponents of L-Carnitine call it the optimum fat-burning amino acid. Thus, it is often used by those who require energy for a long duration such as fitness buffs and those who compete in endurance competitions. It is also used by those who wish to lose weight. While studies show that the longer the duration of physical activity provides greater burning of fat, there is not much research that shows the part L-Carnitine plays in the process. However, logic tells us that if it allows one to remain active for a longer period of time, and longer periods of physical activity lead to leaner muscle mass and lower fat mass, it must follow that L-Carnitine plays an important part in weight reduction.

In order to fully quantify the last statement, however, there is some research which suggests that greater quantities of L-Carnitine have limited effects on the energy burning process. Some research suggest that the body reaches its maximum saturation point at as low as 2 grams and that any additional quantities beyond this point provide no effect substantial effect.

Beyond the weight reduction uses, there are also studies that suggest the use of L-Carnitine also aids in the treatment of heart attacks. These studies show that increased levels of L-Carnitine allow patients suffering from angina to reduce medication while exercising longer with reduced chest pain. It is also suggested that patients treated with L-Carnitine in addition to conventional treatments are less likely to suffer a subsequent heart attack, experience less chest pain, and are less likely to have abnormal heart rhythms.

Because kidneys are a primary source of Carnitine within the body, L-Carnitine may also be prescribed for those who suffer from kidney disease or lowered kidney function. There are also studies suggesting that it may have a positive effect on those suffering from diabetes or male infertility, though these claims still require further study.

Other claims made by manufacturers of Acetyl-L-Carnitine are that it can be used in the treatment of memory loss and Alzheimer’s Disease, depression, Parkinson’s disease, stroke, Peyronie’s disease, and various other diseases.

Some of the side effects associated with L-Carnitine supplements are nausea, vomiting, abdominal cramps and diarrhea.

Because L-Carnitine is also an antioxidant, it promotes greater cellular health.

Where Can I Find L-Carnitine?

As stated before, the primary source for this essential amino acid is the liver and kidneys, however there are several other sources including food and supplements. Supplements come in pill, liquid, and powder form and can be found in many health and nutrition stores. They come in a wide variety of concentrations. Some of these supplements follow. Please note that L-Carnitine supplements are not available in Canada, nor can they be imported into Canada.

Herbsmd.com carries a wide variety of L-Carnitine pill supplements ranging in concentrations from 250 mg to 1 gram. Prices range from $9-60 USD.

Fitness Labs produces a pharmaceutical grade, 1 gram liquid L-Carnitine solution which, according to their claims, “maximizes energy production for optimal physical performance”. Retail is approximately $32 but can be found for 50% off.

MRM also manufactures a 1 gram L-Carnitine solution mixed with 100 mgs Co-Q10. According to their claims, it “supports energy production from fats” and “promotes cardiovascular health”. Retail pricing on this product is $30, but it can be found for 1/3 off online.

LifeExtension manufactures L-Carnitine in powder form which it promotes as a powerful antioxidant that slows the cellular damage of aging. Retail price is $85 though discounts can be found online.

It can also be found offline in health and nutrition stores like GNC.

L-Carnitine is a naturally occurring amino acid. While there are a long list of the potential benefits of taking L-Carnitine supplements, though not all have been substantiated, there is no denying that there are some potential, though minor, side effects as well. There have been no substantial claims of toxicity due to overdose with L-Carnitine, nor any other severely negative problems reported. Generally, the worst side effects reported are nausea and vomiting.

In consideration of any number of other supplements available over-the-counter and in health and fitness stores world-wide, L-Carnitine has little in the way of negative side effects. This means that, in general, L-Carnitine is safe for the vast majority of people. However, if you do suffer side effects from taking an L-Carnitine supplement, it is best to stop taking it immediately and consult your physician.

There are many positives to the use of L-Carnitine, and few reported negatives. However, scientific study does show that the greatest effect of L-Carnitine tends to show in patients who have an L-Carnitine deficiency. For other claims, including increased energy, faster weight loss, leaner muscle mass, and so on, the claims are mostly unsubstantiated.

Like most supplements, much of the effect is dependent on the consumer’s belief in the product, however that does not mean that it does not help in some way. Because L-Carnitine has a very low rate of side effects and those side effects are mild with little or no toxicity, taking supplements will not harm an individual taking it.

If you are looking at taking an L-Carnitine supplement, it may be worth a try if even a one or two of the claims made by the manufacturers are true. You may just find yourself a turbocharged exercise machine.