Tyrosol is an antioxidant that is naturally present in several foods such as wines and green tea. However, tyrosol is present most abundantly in olives. The antioxidant is present in the leaves, fruit, and, therefore, in the oil of the plant. It is classified as a phenolic antioxidant. Anything in the phenolic family has great antiseptic value.

Although there are some very minor differences, tyrosol is considered almost identical to another antioxidant called hydroxytyrosol. In fact, the two antioxidants are often considered interchangeable.

Olive oil was considered one of the “miracle foods” of the ancient world particularly in southern Europe and the Middle East. Modern scientist and doctors have now discovered that the food’s medicinal effectiveness is largely due the fact that the antioxidant tyrosol is present in it.

Historically, olive oil was used to aid digestion and to fight cancer, particularly that which affected the skin. Also, it was one of the main products used in the ancient world to help promote cardiovascular health. It would often be applied topically to help remove blemishes such as scars and acne; it also was used to heal other skin problems such as dry skin, rashes, and eczema.

Green tea is a traditional medicine from Asia, particularly from China. The tea acts as an antioxidant, because of tyrosol and several other components, and was thought to cure cancer and to promote cardiovascular and skin health.

However, tyrosol has never been considered the main reason for green tea’s effectiveness. Although the antioxidant is present, the tea’s medicinal value is attributed to other sources.

Olives are still considered the number one providers of tyrosol. The antioxidant is also present in green tea; however, it is not very abundant and the tea is rarely recommended when a person wants to increase his or her intake of tyrosol. Wine is not usually considered either; however, recent studies have shown that tyrosol may be a major player in the “French paradox”.

Although tyrosol has not been proven to cure cancer, it can help prevent it. Also, studies have shown that those who regularly consume olive oil are at a lower risk of heart disease and mental impairment. In fact, it has been proven to greatly lower a person’s risk of developing Alzheimer’s disease.

Topically applied olive oil can also promote skin health and can keep skin from aging. However, particularly when treating acne, it should be remembered that tyrosol rich olive oil is not a “magic elixir”. Also, modern medicine has proven that tyrosol does indeed have anti-aging properties similar to those of vitamin E.
However, in order for olive oil and/or tyrosol to effectively treat or prevent any malady, it must be consumed over a long period of time; preferably, throughout a person’s entire life.

In several ancient cultures, particularly those of Italy and Greece, olive oil was one of the main components of what is now known as the Mediterranean diet. This tyrosol rich diet has been proven to lower the risk of developing cancer, dementia, and several heart diseases, particularly coronary heart disease. The Mediterranean diet also lowers the risk of mini strokes.

One of the most famous cases that prove tyrosol’s effectiveness is that of Jeanne Louise Calment. Calment live from February 21, 1875 to August 4, 1997, a total of 122 years and 164 days; Calment still holds the record for longest confirmed lifespan. When asked about her longevity and shockingly good health, Calment attributed it to her extensive culinary as well as topical use of olive oil.

Calment literally died of old age; she never suffered a heart attack or a stroke and, despite having smoked for 96 years of her life, she never developed cancer.

Tyrosol is one hundred percent legal in every country. It is legal because it can only be found in foods that have been proven to be perfectly safe. So far, there are not any synthetic versions of the antioxidant. Tyrosol and/or hydroxytyrosol that are used in dietary supplements and other medical products are usually available without a prescription.

In general, because the antioxidant is found in common food products, a person can ingest as much or as little tyrosol as he or she wants. However, in order for tyrosol to have any impact on a person’s health, he or she must frequently consume substantial quantities of it. Olives and green tea are considered perfectly safe for adults, children, and even pregnant and nursing mothers.

A person can consume as much green tea as he or she desires and it is advisable to either follow the Mediterranean diet or to regularly cook with olive oil. Olive oil can be taken straight; however, it is not recommended because of the oil’s bitter taste which is, in fact, caused by the presence of tyrosol.

When taking a tyrosol/hydroxytyrosol supplement, it is advisable for adults to take approximately 300 mg, one
to four times a day. However, it is best to follow the dosage instructions on the supplement’s bottle. Children generally receive a slightly smaller dose than that taken by adults.

Tyrosol, in and of itself, does not cause any adverse effects. However, a person can be allergic to the product he or she uses to gain the antioxidant. This is typically a problem for those who are allergic to olives. Hives are the most common symptom of an allergic reaction. High quality extra virgin olive oil should not cause an allergic reaction unless a person has a serious olive allergy. If taken in large quantities, olive oil can act as a laxative.

Although it is very rare, some people are allergic to green tea. Once again, hives are the most common symptom.

Although tyrosol is present in all parts of the olive plant, it is most abundantly present in olive oil. It is particularly recommended to use extra virgin olive oil. It is available at nearly every supermarket and health food store. However, it is usually extremely expensive; for example, it is not uncommon for 16 ounces of olive oil to cost $30. Even buying bulk olive oil is not very cost effective. The best place to find special deals and different brands is gourmetfoodexpress.com. This website provides information about several brands of olive oil and offers the product in quantities from 16 ounces to lager bulk sizes. 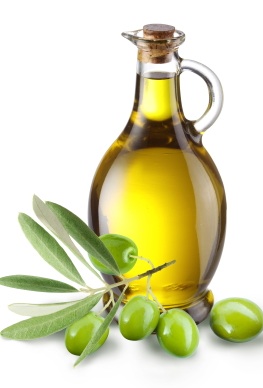 Olive leaves can be made into teas and capsules. Pre-made teabags can be rather difficult to find in traditional health stores. They can, however, be purchased online; the usual cost is about $7 for 20 teabags. One of the websites that provide pre-made olive leaf teabags is olivus.us. Olive leaves can also be bought bulk and used in teabags. Herbalcom.com, which sells the leaves for $5 a pound, is the best supplier.

Olive leaf capsules are quite common and are made by Nature’s Way as well as several other common brands. They can be purchased at most health and wellness stores and usually cost about $8 for 60 capsules.
However, tyrosol is not as abundant in olive leaves as it is in the plant’s fruit and oil. If a person wants to take tyrosol for medical purposes, he or she is better off taking olive oil or a tyrosol dietary supplement.

Olive oil is a typical additive in many skin creams. Many of these products can be found in the beauty section of nearly every department store. However, it should be remembered that tyrosol, and, therefore, olive oil, is only effective if taken in large amounts. Be sure that olive oil is one of the main ingredients.

Hydroxytyrosol taken from olive oil is often made into an extract that is available as tinctures and pills. Unfortunately, since hydroxytyrosol is not a common dietary supplement, it can be almost impossible to find in common health and wellness stores. It can be found, however, from several online suppliers such as lifesvigor.com and vitaminbuddy.com. Unfortunately, Puritan’s Pride does not carry tyrosol/hydroxytyrosol products.

Green tea is available, at a reasonable cost, at nearly every supermarket and health store as well as online. However, if a person is planning on developing a tyrosol rich diet, it is advisable for he or she to consider using olive oil instead.