N-Acetylserotonin (NAS) is a precursor to melatonin which is hard to find over the counter. However melatonin is quite commonplace. It is used by many in tablet or capsule form as a sleeping aide and has been available as a dietary supplement in the United States since 1993. There is a lot more to this naturally occurring compound than its ability to bring on sleep. It is found in plants, microbes and animals. It circulates and regulates circadian rhythms of many biological functions in animals, and is activated by melatonin receptors.

Melatonin is  hormone synthesized and released from the pineal gland at night. It acts on specific high affinity G-protein coupled receptors to regulate a number of aspects of physiology and behavior, including circadian and seasonal responses, and some cardiovascular, retinal and immunological functions. 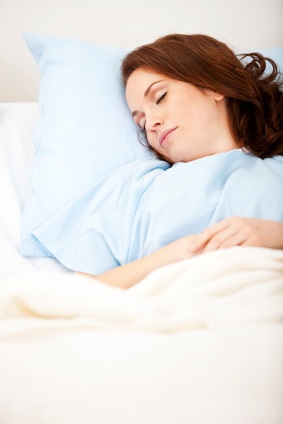 As a hormone manufactured in the brain, melatonin plays a significant role in the natural sleep/wake cycle of the body. As night approaches, the concentrations of melatonin in the body increase up to 10 times more than during the day. This causes the feeling of sleepiness, which is why melatonin is often recommended as a sleep enhancer.

In plants, melatonin regulates the photo period in defense responses and works as a scavenger of reactive oxygen species. Many foods are known to contain trace amounts of melatonin, but not enough to elevate plasma melatonin levels. Those foods that contain traces of melatonin include ginger, tomatoes, oats, barley and bananas. Melatonin’s precursor is serotonin. Serotonin’s precursor is tryptophan, which is a chemical found in turkey, which is why after eating turkey many feel like napping.

There are two kinds of melatonin — natural and man-made or synthetic. The pineal gland of animals produces natural melatonin, which could be virus contaminated and not recommended. Synthetic melatonin is not likely to be contaminated, and is most often recommended.

Researchers have known about the pineal gland for literally thousands of years. Philosopher René Descartes referred to the pineal gland as the “seat of the soul,” believing that emotions originated from this interesting gland. Although the pineal gland has been studied for centuries, its function was not truly understood until the 20th century. During the 50s, Yale University researchers found that melatonin was connected to the pineal gland, and the link between hormonal influences and sleep, as well as a possible link to cancer became the focus of study.

During the 90s, melatonin was made available on the market as a dietary supplement. It is available without prescription in the United States, France and Canada. There are many countries that do not sell over the counter melatonin.

As stated, Melatonin is available without a prescription in the United States, but melatonin products are not yet approved by the U.S. Food and Drug Administration, and purity, safety and effectiveness is generally not guaranteed. As of June 2010, there will be FDA rules to make sure that all dietary supplements will comply with “good manufacturing practice” and will be made with controls that produce consistent products that are contamination free with proper labeling. Any adverse effects or events will be required by law to be reported to the FDA, and the FDA will enforce requirements.

People use melatonin for a variety of reasons including:

Jet lag – When taken orally on the day of flight and continued for several days before a trip, the number of days to maintain a relatively normal sleep pattern is reduced, thereby diminishing the the length of time that is required to fall asleep. Melatonin studies show that those who take it prior to travel are more alert and less tired during the daytime hours.

Melatonin has also been found to benefit those with delayed sleep phase syndrome, allowing for a more normal sleep pattern and duration. More studies are being done to support this claim.

Older people who suffer from insomnia seem to benefit from taking melatonin before bed, decreasing the time it takes to fall into a restful night’s sleep. There are reports that the elderly have an improved quality of sleep and are more alert when they rise.

The use of melatonin for sleep enhancement is quite popular and used by healthy people to reduce the time it takes them to fall asleep. There have been many studies done to support the fact that melatonin does decrease the amount of time it takes a healthy individual to fall and stay asleep.

Melatonin may also help to regulate changes related to age affecting the rhythm of body temperature, as well as its beneficial role in delaying macular degeneration of the eyes in older individuals. It is also being studied as an anti inflammatory treatment and as a treatment for anxiety prior to surgery.

As a treatment for cancer, human trial studies are ongoing in administering melatonin to patients with several types of malignancies including tumors of the liver, breast, lung, testicles, pancreas and brain. At this time, there is no clear evidence that melatonin decreases or increases the side effects of chemotherapy or the effectiveness of other cancer treatments combined with melatonin therapy.

Studies have also been done to see if melatonin can be used to treat migraine, cluster and tension headaches. There is some research that suggests melatonin may be beneficial, but more studies are needed to make a conclusive recommendation.

Melatonin Side Effects To Watch For

Some common side effects of melatonin include dizziness, irritability, fatigue, vivid dreams, nightmares, confusion and disorientation. These symptoms disappear when a person stops taking melatonin. There have also been some studies done that indicate melatonin might increase the risk of seizures, especially in children with neurological disorders. However, other studies have reported that melatonin actually reduces the likelihood of seizures when taken regularly. To this day, melatonin and seizures remains controversial, and anyone taking it for seizures should be closely monitored by a physician. Other reported side effects include dysphoria, paranoia, hallucinations and euphoria.

Patients who suffer from depression or other psychiatric disorders taking melatonin should be followed closely by a physician. If patients are taking blood pressure medication and melatonin, significant drops in blood pressure may occur, as well as increases in cholesterol levels. In rare cases, heart rhythm deviations have been related to melatonin intake. For those patients with type 1 diabetes, melatonin may reduce glucose tolerance and sensitivity to insulin. It is advised that these patients discuss melatonin usage with their physician. 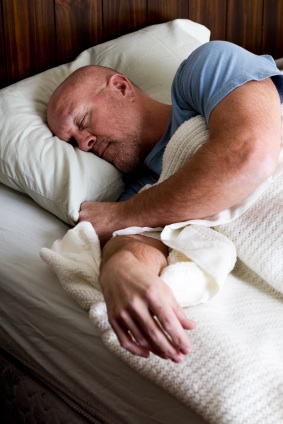 Other side effect symptoms can include gastrointestinal problems like vomiting, cramping and nausea. High doses of melatonin have been linked to eye disturbances like glaucoma. There is conflicting reports that in some cases melatonin may, in fact, decrease intraocular eye pressure and is sometime used as a treatment for glaucoma.

Lactating and pregnant women should avoid melatonin because of the risk of developmental abnormalities in the fetus. Melatonin is detected in breast milk, so it should be avoided by women who are breasting feeding. Sperm counts have been notably lower in some men who regularly take melatonin, and women taking 50 mg or more have noted irregular menstrual cycles.

How Melatonin Is Sold

Melatonin is available over the counter as a tablet, capsule, transdermal patch, liquid, spray and is now available in some drinks like Dream Water. Melatonin drinks are marketed mainly to young adults, who have difficulty sleeping, but some researchers argue that melatonin should not be added to beverages, because people often drink to quench a thirst and may be ingesting too much of the hormone.

For those who have difficulty swallowing, melatonin spray is popular and available in different strengths.
Tablets and capsules come in different strengths as well and are also available as time released capsules or tablets. The dosage usually starts at 1 mg and goes up to as much as 5 mg. Obviously, if a physician has recommended melatonin for a child, smaller dosages should be given. As far as adult doses go, it usually depends on what works for you. Some people who use melatonin as a sleep aid start with a smaller dosage and increase it as necessary. It is recommended that melatonin be taken 30 to 90 minutes before going to bed.

The Mayo Clinic has researched melatonin for several conditions. They have found that quick release is more effective for sleep conditions as well as intramuscular injections. Researchers at the Mayo Clinic have also studied melanoma patients who have been treated with melatonin applied directly to the skin. Intranasal solutions of melatonin in 2 milligram doses have also been studied as a treatment for high blood pressure. As with any medication, melatonin dosage should always be discussed with a physician to know how therapeutic melatonin might be on any given medical condition a patient may be suffering from.

Melatonin is produced in the pineal gland of the brain as a hormone. Its synthesis and release are stimulated by suppressed light and darkness, which strongly suggests that melatonin is involved in circadian rhythm and has a diverse affect on various body functions. The levels of melatonin are highest in the blood just before bedtime. Natural melatonin can contain a virus, and synthetic melatonin are used for several medical conditions, but is most proven and tested as a sleep aide. Because melatonin contains antioxide activities, most of its preventive and therapeutic uses are founded on its antioxide properties.

In conclusion, melatonin has been touted as a miracle drug, but more research is needed in many areas to support claims that it can cure everything from cancer to preventing aging. In America, over the counter sales of melatonin continues to thrive, but in in places the the UK, the Department of Health considers it an unlicensed medicine. The question remains, “Is melatonin one of the hottest ‘cure all’ supplements available , or is more detailed research needed to clear up some of the controversy surrounding this miracle drug?