At high concentrations, an MAO-B inhibitor can also inhibit monoamine oxidase type A, an alternative form of the enzyme that has similar functions. 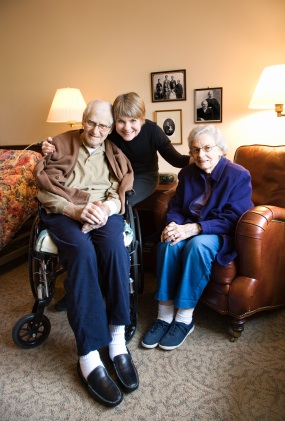 Selegiline is an MAO-B inhibitor that prevents the breakdown of dopamine. Dopamine is a neurotransmitter that plays a role in numerous types of brain function, including the control of voluntary movements, memory and mood control. By altering the processing of dopamine in the brain, a MAO-B inhibitor such as selegiline can have a significant impact upon the nervous system. These chemicals can therefore be used as medicinal treatments.

Selegiline has been used to treat Alzheimer’s disease, Parkinson’s disease and major depression, all conditions in which dopamine can play an important role.

Selegiline was discovered in the 1960s by Joseph Knoll, a scientist who was investigating the physiological differences between people who were high achievers and those who were not. In order to conduct his work, Knoll required a chemical with certain properties, and he asked a chemist, Ecsery to come up with some possible compounds. Of the thirty or so chemicals that Ecsery produced, Knoll chose a chemical he called deprenyl. This chemical in fact had two different forms or enantiomers, one of which was selegiline.

In 1971, Knoll demonstrated that selegiline was a monoamine oxidase inhibitor. By 1975, two other scientists, Walther Birkmeyer and Peter Riederer had proved that it could be used for the treatment of Parkinson’s disease. The ability of the drug to treat depression was first recognized by Ervin Varga in 1967, but this research was forgotten until the beginning of the 21st century, when the selegiline transdermal patch was developed as a treatment for depression.

Selegiline is an effective treatment for Parkinson’s disease. It is usually prescribed for patients who are also taking a combination of levodopa and carbidopa, which is sold under the trade name Sinemet.

Taking selegiline alongside these medications reduces the dosages of levodopa and carbidopa that are required to be effective. It also prevents the effects of the other drugs from wearing off in between doses, and increases the time period over which levodopa and carbidopa can be used effectively to control the symptoms of the disease.

Selegiline can also be prescribed independently of levodopa and carbidopa treatment. In patients who are taking selegiline alone, the point at which they need to begin treatment with levodopa and carbidopa can be postponed from about a year after diagnosis to approximately 18 months. Selegiline may help to slow the progression of the condition when it is given to patients who have only recently been diagnosed with Parkinson’s disease and are therefore in the early stages.

Although there is as yet no scientific proof that selegiline can help to treat Alzheimer’s disease, it has been used on some patients. It is not an FDA approved treatment for this condition, however.

Selegiline can be used to treat major depressive disorder. Monoamine oxidase inhibitors are usually prescribed to patients only after other attempted treatments have failed. This is because of the serious side effects that such treatments can inflict upon patients. Selegiline is not used as a front-line treatment for depression, but it is a better option than other MOA inhibitors, since it is substantially safer.

Selegiline has also been used in veterinary care as a treatment for cognitive dysfunction and Cushing’s disease in dogs.

The earliest medicinal studies of selegiline focused on the possibility of using it to treat patients with Parkinson’s disease. This research and the consequent use of selegiline in this patient population have demonstrated that it is an effective treatment for this condition. It has also shown that patients who are taking selegiline alongside treatment with levodopa and carbidopa can be effectively treated with reduced doses of levodopa and carbidopa, and are therefore less likely to suffer from the adverse effects that these medications can cause.

Studies have been conducted into the efficacy of selegiline as a treatment for people with Alzheimer’s disease, but the results were inconclusive. A Cochrane review of the evidence determined that there was no evidence that selegiline was an effective treatment for this condition. In some of the studies, there did appear to be some improvement the performance of patients on memory tests when they were given selegiline, but any effect appeared to be very small.

The long term efficacy of selegiline in these patients is unknown. It is thought that selegiline could help patients with Alzheimer’s disease since this conditions leads to lower levels of dopamine in the brain, due to a rapid breakdown of dopamine. By inhibiting the enzyme that destroys dopamine, selegiline could help to treat this deficiency. It may then be possible for more dopamine to pass between nerve cells in the brain, which could allow the parts of the brain that control memory, mood and thought to work better.

Selegiline was approved by the FDA as a transdermal treatment for major depression in 2006, after clinical trials showed that it was an effective and safe treatment. The safety findings showed that it was in fact a better option than other monoamine oxidase inhibitors, since it produced fewer side effects and, when taken at a low dose, did not require the same dietary restrictions as other drugs of the same type. 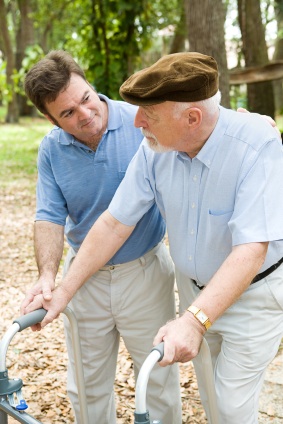 Studies have been conducted to investigate other possible uses for selegiline, as a treatment for ADHD and to help people to quit smoking tobacco and marijuana. There is not, as yet, any reliable scientific evidence of selegiline efficacy in these uses.

Selegiline is available in both oral and transdermal forms. The oral forms are used to treat Parkinson’s disease, while the transdermal one is used for treating depression.

Oral selegiline can be taken as either a capsule or a dissolving tablet. Capsules are usually taken twice daily, with both breakfast and lunch. The dissolving tablets are usually taken only once a day, before breakfast, and are not taken with any food or liquid. In fact, with this form, the patient should not drink anything for five minutes before and after taking their dose.

The oral disintegrating tablet is often begun at a lower dose, which the doctor will then increase after six weeks. The dosage of oral selegiline can vary. Tablets are available in a selection of doses. The usual prescription for Parkinson’s disease will begin with a dose of 1.25 milligrams per day, which may be increased after six weeks to a dose of 2.5 milligrams per day.

Patients who are being treated for Parkinson’s disease may have their levodopa and carbidopa dosage reduced when they begin to take selegiline.

Transdermal selegiline is delivered in the form of a patch, similar to those that are used by people who are trying to quit smoking. The patch is simply placed on the skin. It can be attached to the thigh, upper arm or the torso. A new patch is worn every day, and it will continuously release medication into the blood stream over the following 24 hours. The usual dose in this form is 6 milligrams a day, delivered over 24 hours, although the doctor may decide to increase this, if necessary.

Selegiline, like all antidepressants, may cause an increased risk of suicide when given to children or young adults under the age of 24 who are being treated for depression.

The side effects of selegiline can be very severe, as with other monoamine oxidase inhibitors, and for this reason, it is only prescribed as a last resort in cases of depression, when other treatment options have been tried and have not worked.

The mildest side effects that may occur are dizziness, nausea and sickness, indigestion and feeling of anxiousness or agitation. Dizziness and faintness are most likely to occur when rising quickly from a lying position, therefore patients taking this medication should take care to get up slowly. This is particularly likely to be a problem at the beginning of selegiline treatment.

Other side effects include depression, sleepiness, difficulty sleeping, muscle pain and rashes. The dissolving tablets can sometimes cause sores or irritation in the mouth.

The most serious potential side effects of selegiline, which require immediate medical attention, are a severe headache, sweating, nausea or vomiting that occurs suddenly and is very severe, a fast or irregular heart beat, pain in the cheat, difficulty breathing, a sore or stiff neck, uncontrollable shaking, difficulty controlling movements or unusual movements, and hallucinations.

There may also be an increased risk of developing skin cancer (melanoma) for people who have Parkinson’s disease and are being treated with selegiline.

Patients who are taking MOAIs usually have to restrict their diets in certain ways, since these drugs can interact with foods that contain high levels of tyramine. These interactions can cause high blood pressure. The sorts of foods that need to be avoided are chocolates, beer and wine (including alcohol free beer and wine), cheeses and pickled foods.

Selegiline, when taken at a low dose of 6 milligrams per day, does not cause this problem, and can therefore be taken without having to restrict the diet. At higher doses, however, interactions can take place, and foods containing tyramine must be avoided.

Selegiline can also interact with some other medications, and it is therefore important that any patient who may be taking selegiline inform their doctor of all medications and other drugs or dietary supplements they may be taking, or which they consider beginning to take while they are using selegiline.

In the US, selegiline is only available with a prescription. It has been approved by the FDA for the treatment of Parkinson’s disease and major depressive disorder, but it may sometimes be prescribed off label for other conditions.

Selegiline is a controlled substance in Japan, and therefore requires a license or prescription for use. This regulation is stronger than that in the US, where selegiline is not a controlled substance, although a prescription is necessary in order to obtain it. The tougher control in Japan may be due to the similarity of the structure of selegiline to that of some illegal stimulants.

Selegiline is a relatively expensive drug. It can cost upwards of $200 a month, but the cost will depend on the exact brand of drug that is used, the way in which it is to be administered, and the dosage that has been prescribed. It is possible to find cheaper sources of selegiline.

A prescription is needed in order to buy selegiline in any form in the US. It is possible to visit a pharmacy to get the prescription filled, or to order it online for pick up at a local pharmacy. Selegiline is also available for order online, although it is important to choose a reputable source, rather than just buying from the cheapest source.