Dandruff is the commonly-given name to the shedding of skin from the scalp that grows out of control. Dandruff actually occurs in everyone, but it is hardly noticed because it is so discrete.

Dandruff is simply when this natural process of skin shedding increases to the point where it leaves flakes of dead skin on the shoulders and collars of clothing. This is not an actual medical problem, but it is somewhat socially embarrassing. For this reason, an entire industry has grown up around making and selling products in order to stop dandruff. Many of these products actually aggravate the problem instead of solving it. 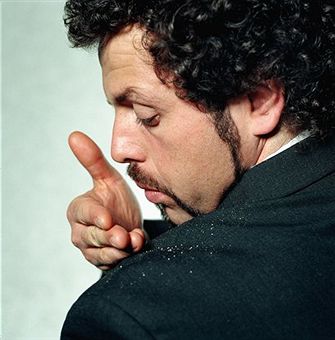 The technical name for dandruff is pityriasis simplex capillitii. Other names for dandruff are seborrheic dermatitis or seborrhea. These are actually two types of dandruff, which are characterized by inflammation of the scalp and an oily skin surface, respectively.

The name dandruff first appeared in the English language in 1545; the first part comes from an obscure source, while the second comes from an East Anglian dialect.

Dandruff has been in common parlance for hundreds of years. Today, it is used to refer specifically to dead skin cells appearing on the head and shoulders of an individual.

The most obvious symptom of dandruff is white flakes suddenly appearing on the shoulders and collar without warning. These are dead skin cells that have been shed by the scalp. These flakes can range in size from the size of the head of a pin to the size of a very small button. The flakes can be any color from white to yellow; it is very rare for them to be black, green, etc.

Another symptom of dandruff is a persistent itchiness over the whole area of the scalp. Scratching the itchy areas often causes a stream of dead skin cells to fall from those areas. The itchiness is obviously linked to the appearance of flakes. The itch can appear anywhere on the scalp, from the top of the head to the sides and back. It is often accompanied by a slightly painful sensation as the itchiness is very intense.

The scalp may even be inflamed and start to swell. This condition is particularly serious because it means that the skin on the scalp is probably infected. If the scalp is swollen and itchy, this indicates the presence of infectious agents such as bacteria, viruses or even fungi. Bacteria and fungi are present on the head through natural processes anyway, but through some conditions they can grow out of control, resulting in the skin trying to fight them off.

A good way to check for dandruff is to discover if the skin on the top of the head is greasy or not. If the skin is greasy, it means that the skin is suffering from a particular form of dandruff. When it appears in infants, this disorder is known as ‘cradle cap’. Many individuals misinterpret dandruff is happening due to a dry scalp, but such is not the case. Often, a greasy scalp is responsible for excessive shedding of the skin.

There are many reasons why the skin on the scalp can suddenly shift gears and start shedding profusely. Many people suffer allergic reactions to certain hair products like shampoos, conditioners, etc. These reactions create resistance in the skin to the chemicals in these products. Once this happens, to eliminate what the skin sees as toxic materials, it will increase the renewal rate of producing and discarding skin cells. When the skin cells shed, they carry the chemicals away with them. When the skin perceives that there are no more chemical elements left, the rate of renewal is decreased back to normal levels.

There is a certain fungus, actually a type of yeast, present on the scalp that normally helps get rid of dead skin cells. It’s called malassezia, and it ordinarily does not grow out of control. When it does, it is not fully understood why. This fungus growing uncontrollably irritates the scalp, which can result in inflammation and intense skin shedding as the scalp tries to rid itself of the new ‘enemy’. Under normal conditions, the fungus works in tandem with the skin to destroy dead, discarded tissue. The fungus may itself by irritated by the allergic reactions some people have to hair care products, as noted above.

There are also psychological factors associated with dandruff. When a person is under great stress, the body ‘overclocks’ itself to deal with the incredible demands placed upon its physical system. This creates increased bodily cycles, which means that skin all over the body is shed at an increased rate. The cause of dandruff may simply be stress in some people. Stress combined with either of the two causes already mentioned can produce great quantities of skin cells, which could go a long way towards explaining the mystery surrounding dandruff’s appearance in people.

Dandruff, for all of its confusing causes, does show definable patterns of occurrence in the population at large. These patterns can be used to identify risk factors associated with the appearance of dandruff. Please keep in mind that these factors do not necessarily count as causes, but many of them do double as causes under certain circumstances. Risk factors are best used to identify likelihoods that dandruff will appear in a certain individual. It cannot be predicted when the dandruff will appear, only that it will appear. The risk factors for all types of dandruff, averaging out all irregularities due to lifestyles, habits, hygiene, etc. are as follows:

To prevent dandruff from occurring, it is necessary to take care of oneself, in both the hygienic and health senses of the phrase. Eating healthy and on a regular basis is the best way to take care of the nutritional side of the equation. Washing one’s hair frequently and thoroughly is the best way to handle the hygienic side. There are other ways to prevent dandruff, as well that do not necessarily involve either diet or hygiene, but nonetheless play a huge role in stopping dandruff before it starts. 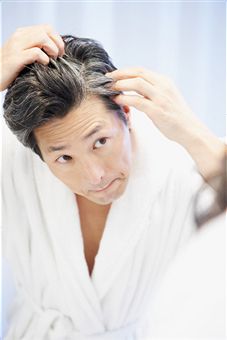 There really is not a need to test for dandruff, since it is so easy to spot. Diagnosing it, however, can be a problem due to the myriad of causes of dandruff. It could be due to any one of the causes mentioned above. The most common causes are the yeast fungus growing out of control and allergic reactions to hair care products. It is easy to identify these two causes by some simple observation: look at the scalp. If it looks as if something were growing on it, chances are that’s probably the fungus. On the other hand, if the scalp is red and even bleeding from some areas, it’s inflamed, which could also mean that the fungus is the culprit, but more likely means the patient is suffering an allergic reaction to something.

Most cases of dandruff may require nothing more than shampooing more frequently. Severe cases can be helped by anti-dandruff shampoos and using them on a regular basis. A visit to a dermatologist may be required in some instances. Since dandruff is not properly characterized as a disease, treating dandruff is actually left best to at-home remedies. Following the tips outlined above is the best way to treat dandruff. If none of them seem to be working, see a dermatologist and try to discover what the problem is.