Popularly, female infertility is known as inability to conceive or unable to get pregnant. Unfortunately, there is a certain stigma associated with this particular medical problem. Both men and women feel that their equipment is inadequate. Counseling may be needed in some cases in order to help a particular couple understand what their options are.

The most obvious symptom of this problem is the woman failing to achieve pregnancy after at least one year of sexual intercourse without any form of contraception. There are many other symptoms that couples can use to determine if either the woman or the man is sterile or infertile. Keep in mind that it is entirely possible for a woman to have regular menstrual cycles, a healthy sex life, have none of the risk factors and be healthy in general, and yet still suffer from infertility. This highlights the incredible sensitivity of the reproductive system to even minor changes in a couples’ sexual regimen. 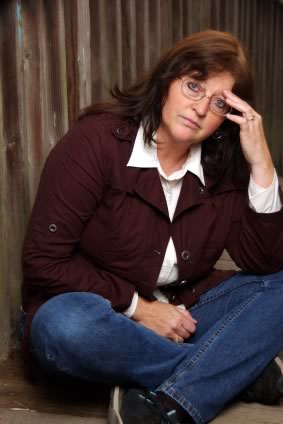 The above notwithstanding, there are several warning signs that couples can use to indicate female infertility before they start trying to get pregnant for a year on their own.

This is the first and biggest warning sign of female infertility or sterility. The irregularity can be either too short or too long, for example less than twenty-four days and more than thirty-five days, respectively. If the woman’s cycles are completely unpredictable, that is the largest warning sign of all. Irregular cycles could be an indication of problems with the woman’s ovaries.

Menstrual bloodflow lasting anywhere from three to seven days is completely normal. However, if that bloodflow is extremely light or extremely heavy, or if the woman has intensely painful cramps during discharge, that is another sign of possible infertility. Another sign in this area is if the bleeding changes significantly from month to month.

As the woman ages, the chances of getting pregnant decrease dramatically. This is due to a simple biological fact: the female reproductive system is only able to produce children for a certain period in her life. After the woman reaches thirty-five, it is highly unlikely that she can get pregnant at all. Even after thirty, the odds decrease significantly. This is because the reproductive system gradually begins to enter menopause and cease ovulating. If the woman is over thirty-five and fails to achieve pregnancy after six months of sexual intercourse, the couple should seek out medical advice.

If either the man or the woman is overweight or underweight, that can lead to infertility problems, as well. Fertility is an intimate part of the body’s homeostasis, and dietary problems can directly affect a couple’s ability to conceive.

A miscarriage, or spontaneous abortion, is the loss of a gestating infant within the first twenty weeks of pregnancy. In other words, the pregnancy terminates itself. This can be an emotionally devastating event for the couple. If the woman has had three miscarriages in a row, that is a definite sign of fertility issues. According to the American College of Obstetricians and Gynecologists, miscarriage is the most common type of pregnancy termination.

If either of the partner’s have any illnesses classified as chronic, such as thyroid problems, hypertension or diabetes, this could also be an explanation for infertility. Since the reproductive system is intricately linked to the body’s production of hormones, any problems with any of the hormonal glands as a result of illness will definitely result in fertility being affected in both men and women.

If either partner has been treated for cancer, especially cancer relating to any organ near the reproductive system, that could have resulted in complete sterility in one or both partners. Radiation therapy is particularly devastating to both male and female reproductive systems.

Sexually transmitted diseases are known causes of infertility problems in men and women. Get screened for STDs if either partner has had unprotected sex with anyone else.

Doing either of these things while pregnant is strictly prohibited, as everyone knows. Smoking and drinking while trying to get pregnant is also damaging to fertility, as well.

Causes of Female Sterility and Infertility

Aside from a condition such as this, the causes of infertility as they relate to ovulatory problems are as follows:

The hypothalamus sends a hormonal signal to the pituitary gland, which in turn notifies the ovaries to bring an egg to a mature state. The malfunction of this system results in the inability of the ovaries to product mature eggs, hence leading to infertility.

If the ovaries have been physically damaged, they will likely lose their ability to produce eggs at all, much less mature ones. Damage can result from trauma, invasive surgical procedures or infection from sexually transmitted diseases.

As of yet, this is an unexplainable condition. There is simply no reason why this should occur, yet it does. A possible hypothesis is that the female runs out of the supply of eggs earlier in life than she should.

The ovary stores eggs in little capsules called follicles. Ordinarily, a mature egg would be released by the follicle, but when the follicle suffers problems, this does not occur. The egg is not released from the ovary and therefore does not become fertilized by the man’s sperm. If this occurs often enough, pregnancy may be prevented altogether.

The causes of infertility as they relate to tubal problems are as follows:

This is the most common cause of problems with the fallopian tubes. The infectious agent, which can be either bacteria or viruses, is usually transmitted sexually. There are other diseases, especially those affecting the vaginal canal, kidneys, bladder and other organs surrounding the area that can easily spread to the fallopian tubes. Infection causes the tubes to inflame in an attempt to fight the disease, which leads to scarring and permanent damage if the infection is not countered or treated.

Appendicitis, colitis and other diseases affecting the abdominal region can easily spread to the reproductive system. The same result occurs no matter what the disease: the fallopian tubes inflame to fight the infection, which leads to scarring and permanent damage.

Pelvic and abdominal surgery can accidentally damage the fallopian tubes, which leads to the same result. Adhesions resulting from surgical instruments can block the tubes to such an extent that eggs cannot travel through them.

This is an extremely dangerous and potentially deadly condition for the woman. The egg is fertilized and implanted in the fallopian tube instead of the uterus. If this condition continues, the woman will face an infant growing in a place that cannot accommodate it. The organ will eventually burst under the pressure, which can cause severe internal bleeding and threaten the woman’s life.

These are extremely rare operationally, but some women are simply born with tubal irregularities that have nothing to do with disease, surgery or reproductive malfunction.

Sadly, most causes of infertility cannot be alleviated through preventative measures. On the other hand, this in no way means that couples should not take care when trying to conceive. There are certain lifestyle precautions that must be met. This includes physical and emotional health precautions, since conception involves optimum factors of both sides of a couple’s life.

Some basic lifestyle precautions are:

Researching fertility history on both sides of the couple’s family is an excellent way to prepare for any surprises. For women, the mother’s genetics can play a huge role in determining any congenital defects. For men, their father’s virility can play an equally large role, as well. Look into any medications either partner is taking for implications or consequences for fertility, as certain drugs can alter the body’s normal functionality in terms of reproductive health and other bodily systems. 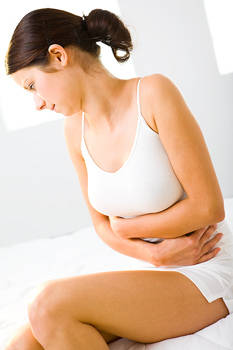 Both the man and the woman should be tested for infertility upon failure to conceive, aside from taking all the preparatory measures they can.

There are three types of treatments for female infertility: herbal remedies, drugs and surgical procedures. Here is an examination of each one in turn.

Female sterility or infertility can usually be treated. Even if all of the above solutions fail, adoption or surrogacy are always viable options for couples who want children.