Hay fever is a common condition. So common in fact that it is thought to affect one in five people. As with many common ailments, hay fever has many aliases. Other names for hay fever include seasonal allergic rhinitis, nasal allergies, pollinosis, or simply allergies. No matter which name it is called by, hay fever can mean pain, discomfort and inconvenience to the people who suffer from it.

There are many different symptoms associated with hay fever. Some people may experience only mild discomfort while others will have more severe symptoms. No matter how mild or severe symptoms may be, they are almost always distracting and unpleasant. People who suffer from hay fever may have trouble performing daily tasks such as going to school or work. 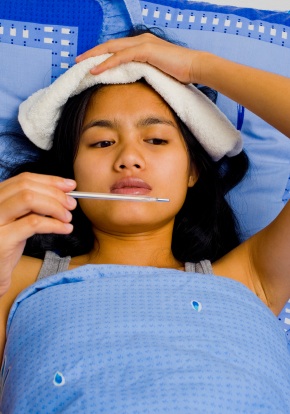 Luckily, hay fever is easily treated. There are many treatment options including prevention techniques, medications and home remedies. With so many options available, it is usually possible for each person to find just the right relief for all of their hay fever symptoms.

Most often, hay fever symptoms will occur immediately with exposure to allergens. Some symptoms, such as coughing, may occur up to 30 minutes later. Regardless of when symptoms appear, they will remain as long as a person is exposed to the substance that is causing the allergic reaction. Due to the fact that hay fever is directly caused by exposure to substances outside the body, people cannot “wait out” the symptoms in the same way that they would a cold.

The following list contains symptoms that are not associated with hay fever and may be a sign of a bigger problem. Any time there is a doubt as to what is causing symptoms, it is important to seek the advice of a doctor to ensure proper treatment. Consult a doctor if the following symptoms are present:

Hay fever symptoms are the body’s way of protecting people from possibly dangerous substances. The immune reaction within the body is the same no matter which allergen causes it. When an allergen enters the body, it triggers the release of histamine to help fight off the invading substance. Nasal passages and mucus membranes will swell in an attempt to keep other allergens from entering the body. This results in sinus pressure and headaches. Sneezing is triggered in an attempt to clear the allergens that have already entered the body. At the same time, mucus membranes will release extra fluid in order to flush the system, resulting in a runny nose.

Hay fever can be seasonal, perennial (year-round) or both. It is very common for a person to be allergic to more than one substance at a time. This may cause the symptoms to last well past the end of “allergy season”. In cases where symptoms are severe and/or constant, the body can begin to wear down, leaving the hay fever sufferer irritable and cranky. Identifying the specific triggers of hay fever and receiving the right treatment will greatly reduce the time needed for recovery.

A doctor and/or an allergist should be able to determine the exact cause of hay fever symptoms by doing an allergy test. Knowing the season in which hay fever symptoms are at their worst will help the doctor to narrow down the causes. In preparation for an allergy test, it is a good idea to consult a doctor and develop a course of action. Have a list of symptoms, times and seasons when symptoms are at their worst, and any questions ready when the initial consultation takes place.

Allergy tests are most often performed by applying liquid solutions of possible allergens directly to the skin or under it. This can be done by lightly pricking the skin or using a swab to apply the allergen. Solutions are left on the skin for a short period of time (usually about 30 minutes) and reactions are carefully monitored. Swelling, redness or irritation indicates an allergic response to an applied substance.

The best way to prevent hay fever is to avoid the allergens that cause it. Knowing what is causing the symptoms is the first step to any kind of prevention. A doctor can help narrow down the exact cause of hay fever symptoms, but there are some prevention methods that will work even if the exact allergen is not known.

Prevention of hay fever symptoms caused by indoor allergens begins with a clean house. Carpets and furniture should be vacuumed and washed regularly to prevent build up of pet dander, dust and dust mites. Filters in central air conditioning and heating units should be changed on a regular basis. It is even possible to purchase filters that are specially designed to trap allergens. Using an air purifier may also provide relief. As an added precaution, wear a mask or tie a handkerchief around the mouth and nose while dusting and cleaning the house.

Preventing hay fever symptoms caused by outdoor allergens may require a little planning and attention to detail. Pollen and other allergens are often more prevalent in the morning and late evening hours, so doing yard work in the afternoon or early evenings is recommended. In cases of severe symptoms, it is also advisable to wear a mask and/or goggles while working outside.

Though a fresh Spring breeze may be tempting, closing the windows of the house will keep most allergens out. Clothes should be dried in the house so they don’t pick up allergens while they dry on a line outside. Finally, taking a shower before bed will wash away any allergens that may have stuck to the hair or clothing and make sleeping easier while keeping bedding allergen free.

There are many medicinal treatments available for hay fever. Treatments can be OTC (over the counter) or by prescription, and be found in pills, liquid or nasal spray formulations. Knowing the cause and exact nature of the hay fever symptoms will be beneficial in choosing the correct treatment.

Most hay fever medicines will contain an antihistamine of some type. Antihistamines and histamine blockers are designed to stop the flow of histamine in the body, thus preventing unpleasant symptoms. Many newer types of antihistamines such as loratadine, cetirizine and desloratadine are available in OTC medications that improve mental clarity and do not cause drowsiness. Loratadine can be taken once every 24 hours to provide all day relief. Older antihistamines such as chlorpheniramine and diphenhydramine often cause marked drowsiness and should be used with discretion. 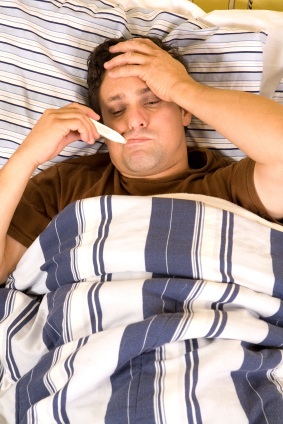 Nasal sprays come in many forms ranging from a saline mist that is designed to help flush nasal passages to a steroid mist that will open nasal passages and reduce the swelling of mucus membranes.

Saline and antihistamine nasal sprays are often available in OTC formulations. Steroid sprays are available by prescription only. Regardless of the type, nasal sprays should not be considered a permanent solution and should be used for a short time only.

Hay fever medications range in price from five dollars to fifty dollars. Prices can be influenced by brand, type of antihistamine and the size of the package.

Another option a doctor can recommend is immunotherapy or desensitization therapy (allergy shots). Allergy shots are not a fast cure, but rather a way of building an immunity to allergens. The shots contain trace amounts of certain allergens. A doctor will administer the shots over a period of three to five years.

Over that time, the exposure to the allergens in the shots will desensitize the immune system and stop hay fever from happening. Immunotherapy is often expensive, but can provide huge benefits in cases where it has been recommended by a doctor.

There is no permanent medical cure for hay fever. In rare cases, such as narrow nasal passages and deviated septum, it is possible for rhinoplasty (nasal surgery commonly referred to as a “nose job”) to provide a small amount of relief by making it easier to breath. This is not a recommended cure for hay fever, however, due to the high cost and the fact that changing the nasal passages will not change the immune reactions inside the body.

There are many home remedies for hay fever. Home remedies can use many things, including fruit, vegetables, vitamins, herbs and in some cases, water. Price ranges for homeopathic remedies are very wide spread due to the different natures of the remedies. Home remedies are not always less expensive than medications, but are often just as effective.

Many people have reported finding relief from hay fever symptoms by building up an immunity to the outdoor allergens (especially pollen) that cause their symptoms. This can be done by taking a daily dose of honey that comes from a local provider. Bees in the area use the pollen to make the honey, which infuses it with small amounts of the pollen. One tablespoon of the local honey each day for a year may train the immune system to recognize the pollen and no longer view it as a threat.

Drinking herbal tea is another common home remedy for hay fever. Tea should be made with filtered water to avoid heavy minerals or contamination in the water. Chamomile, echinacea and green tea contain ingredients that may boost the immune system and relieve hay fever symptoms. Adding honey and/or lemon to the tea can speed the feelings of relief.

A healthy, well balanced diet is essential to good health, and a good defense against hay fever. Eating plenty of fruits and vegetables and staying well hydrated will help the body do it’s job more effectively, which will lesson or shorten hay fever symptoms.

C and B vitamins have been proven to boost the immune system. Getting enough of these vitamins will go a long way toward easing hay fever symptoms.

Having a humidifier on will help keep nasal passages from feeling dried out and painful. Adding mint, rosemary, lavender or chamomile to the water in the humidifier will help to open the nasal passages and make breathing easier. This can be especially helpful while sleeping.

The symptoms caused by hay fever can often leave people with dry and irritated nostrils. To ease the pain of irritated or dry nostrils, apply vitamin E oil or petroleum jelly to the nostrils. A thin layer on the outside and a little on the inside will be a big help.

No matter what the cause or severity of hay fever symptoms is, there are many ways of treating it and finding relief from symptoms. Whether a person decides to use pharmaceutical hay fever medications, or homeopathic ones, there is no reason that they should have to suffer with constant symptoms. In the case of any medical problem, including hay fever, it is best to consult a doctor before beginning any treatment.