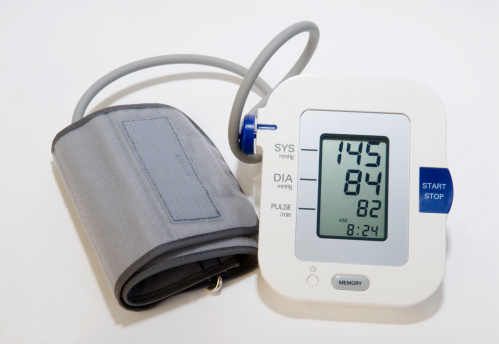 Maintaining a healthy blood pressure is essential to prevent cardiovascular diseases like heart attack or stroke, as well as kidney failure.

Primary hypertension, often called essential hypertension, is diagnosed when there is no discernible cause for the elevation in blood pressure. On the other hand, secondary hypertension is a side effect of an underlying condition such as kidney disease.

The causes of primary hypertension are largely unknown, but research has shown that it is linked with poor lifestyle choices and bad habits. These include smoking, diabetes, being overweight, lack of physical activity, genetics, Vitamin D deficiency, electrolyte imbalance, stress, using medications like birth control pills, race, gender, and chronic alcohol abuse.

The kidneys are responsible for maintaining blood volume and fluid balance in the body. When the kidneys fail, the ability to excrete fluid is lost, thus causing the body to retain water. This can cause swelling in the extremities, but also, the increased amount of fluid in the body can also cause high blood pressure. This can be thought of like a balloon that is filled with water.

As more and more water is pumped in, the balloon expands and the pressure increases with nowhere for the water to go. So too does the blood pressure when the kidneys fail. The kidneys are also responsible for releasing enzymes which control vascular constriction i.e. the narrowing or expansion of blood vessels.

Chronic hypertension has been linked to increased risk of cardiovascular events like stroke and heart attacks. Also, chronic hypertension is a primary contributor to kidney disease. As pressure increases, tiny, delicate capillaries, responsible for filtering the blood of toxins, are damaged and cease to function. As kidney disease can also cause hypertension, a dangerous and damaging loop begins.

Although mildly to moderately elevated blood pressure does not generally have any symptoms, severe elevations in blood pressure can cause the following symptoms to manifest themselves: extreme headache, blurry vision, dizziness, confusion, chest pain, vomiting, shortness of breath, pounding chest, irregular heart beat, and bloody urine.

If any of these symptoms occur, a medical care should be sought immediately, as they could cause organ damage, stroke, or heart attack.

Instead, it fluctuates throughout the day, depending on a person’s physical activity, time of day, and body position. For this reason, it is important for people with hypertension to take their blood pressure readings regularly, several times of they day at the same time every day. Only then can an accurate average pressure be found. which can lead to the diagnosis of hypertension.

Stage 1 Hypertension is defined as having a systolic reading beteween 140 and 159 and/or diastolic pressure between 90 and 99.

Immediate treatment is needed to stop organ damage in a hypertensive crisis. If suffering from any of the symptoms of extremely high blood pressure, a person should go to the emergency room immediately, before long term damage occurs. 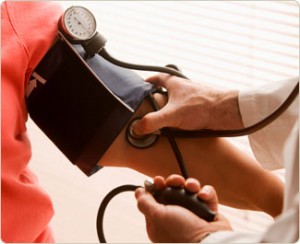 A antihypertensive medications make up a large segment of the pharmaceutical industry. There are a number of drugs that can help to reduce blood pressure. Natural remedies also exist that may assist in controlling hypertension.

The first line of defense against elevated blood pressure are diuretics. Diuretics are medications that increase urine production in an effort to reduce fluid volume.

Elevated fluid levels in the body can cause increases in blood pressure. Two important classes of diuretics exist that can reduce blood pressure — loop diuretics and thiazide diuretics.

Loop diuretics work by blocking the absorption of sodium in a system of the kidney. Sodium can cause the body to retain water which can be reabsorbed into the body, elevating blood pressure. Loop diuretics are very effective in controlling blood plasma volume and lowering potassium levels. High levels of potassium in the blood, hyperkalemia, can cause deadly arrhythmias.

Diuretics are a class of drugs that have been around for many decades. They provide adequate blood pressure control in most patients and are very inexpensive, thus making them one of the first choices for physicians.

By blocking the constriction of blood vessels, the veins and arteries remain wide open, causing the blood pressure to lower. ARBs work in a similar manner to ACE inhibitors, except they keep the body from responding to Angiotensin II. The arteries and veins are prevented from constricting, thus lowering blood pressure.

Both ACE Inhibitors and ARBs are powerful drugs that can lower blood pressure significantly. ACE inhibitors can have the side effect of causing dry coughs in some patients. Most ACE inhibitors are available in generic brands and are inexpensive.

ARBs, on the other hand are newer drugs, many of which still have active patents, and are therefore significantly higher in cost. ACE inhibitors and ARBs should not be used in patients with severe kidney damage or in patients with renal artery stenosis, because they may cause acute renal failure.

Beta blockers are common medications used to treat hypertension. They work by slowing down the heart and reducing the amount of work that the organ has to do in order to pump blood throughout the body. Because the heart has to work less, blood pressure can be reduced.

Calcium channel blockers (CCB)work by blocking the absorption of calcium by the heart which slows down the contracting force of the heart, lowering blood pressure.

Side effects of CCBs include constipation, headache, fast heart beat, rash, drowsiness, nausea, and swelling. Like beta blockers, the price of CCBs varies with brand.

Because primary hypertension is thought to be caused in most cases by lifestyle and personal habits, many natural treatments are available to help control blood pressure. Dietary changes, exercise, and meditation may help to control pressure.

By avoiding salt when cooking and by passing up on processed foods, many people can see a reduction in blood pressure from this change alone. Also, potassium has been shown to have blood pressure lowering effects. Potassium rich foods like bananas and avocados can help people with blood pressure problems.

Caution should be taken when it comes to eating grapefruits. Grapefruits contain an enzyme which interferes with some medications like calcium channel blockers. Also, reducing the amount of fatty foods and foods high in cholesterol may help in maintaining blood pressure. These fatty foods cause plaque to build up on the walls of arteries, narrowing them and causing blood pressure to rise.

A sedentary, inactive lifestyle has been associated with being one of the risk factors for developing high blood pressure. Getting at least 30 minutes of exercise per day can reduce blood pressure by helping a person lose weight and reduce stress. Exercise can also strengthen the heart, allowing it to work more efficiently, which reduces its workload and decreases blood pressure.

Yoga is also effective in reducing stress levels and increasing strength, which may play a role in the control of blood pressure.

Many studies have advocated the use of Coenzyme Q10 (CoQ10) for reducing blood pressure. CoQ10 can be taken in doses up to 200 mg daily. Side effects include diarrhea, rash and lowering of blood glucose levels.
Hawthorn is an herb that acts as a vasodilator, improving blood flow and reducing blood pressure. Hawthorn also has mild diuretic effects as well, which may help in reducing fluid in a person with hypertension.

Hawthorn may be take in increments of 300 mg 3 times per day. Rauwolfia is an root used in traditional Indian medicine. It works by acting on the sympathetic nervous system to reduce blood pressure. Rauwolfia should not be used by pregnant women or women who may become pregnant and may also have adverse effects on people with gastrointestinal problems.

Until very recently, surgical options were not available to treat hypertension. However, experiments have been done that show very promising results in the surgical treatment of high blood pressure. A device has been approved in Europe which consists of a small implant placed around the collar bone. It produces electrical pulses, which can tell the body’s blood pressure monitoring system that the pressure is too high. The brain then instructs the body to release hormones that can lower blood pressure.

Another surgery called renal sympathetic nerve ablation is a procedure in which nerves near the kidneys that are responsible for maintaining the RAA system are cauterized. This procedure is still in clinical trials in the United States and Europe.

Hypertension is not always preventable, but never the less, some things can be done to minimize its effects or to delay its onset. First of all, it is important to maintain a healthy weight. Being thin reduces the amount of work the heart has to do and also the pressure on the artery walls. Losing weight may also prevent diabetes and blocked arteries.

Quitting smoking can also help to prevent hypertension. Studies have shown that stress may be a major contributor to hypertension. Reducing stress can help to control blood pressure. Stress can be reduced through making sure that an adequate amount of sleep is had and through meditation and relaxation. Finally, going for an annual check up can help to detect hypertension early, when it is easiest to control.

Patients with a family history of hypertension should be especially careful and take their blood pressure regularly in order to detect any anomalies as soon as possible.

While hypertension may not be preventable, several lifestyle changes can be made to delay its onset or prevent it all together.