The skin is the body’s largest organ. Its functions are to protect the body, keep the body at a good temperature, and allow for the sense of touch. It is the only organ that is always exposed to the external environment. There is over 20 square feet of skin on an average human adult. The skin is made of three layers. The innermost layer is made of subcutaneous fat. This layer helps the body to stay warm. The middle layer is called the dermis. The dermis contains nerve endings, oil and sweat glands, and blood vessels. The upper layer is the epidermis. This layer is made up of mostly dead skin cells.

Any time the skin is irritated, it can become itchy. Itching is a common feeling that all people and animals get at some point in their lives. Around 20 per cent of adults experience some kind of itching on a regular basis. It can be a very discouraging and uncomfortable feeling. It is known in the medical field as pruritus.

It leads to a desire or reflex to scratch the area that is itching. Itching is a defense mechanisms which tells the spinal cord and then the brain when something is touching the nerve endings of the dermis layer of the skin. Scratching is the immediate response to the stimulus. Scratching has one goal and that is to remove whatever is bothering the skin. Itching brings on a feeling similar to that of pain, except that instead of the withdrawal reflex that pain leads to, itching leads to a scratch reflex. Itch receptors are also more sensitive than pain receptors.

There are over 1000 things that can make a person itch. For the most part, these things include anything that can touch and irritate the skin and certain diseases. 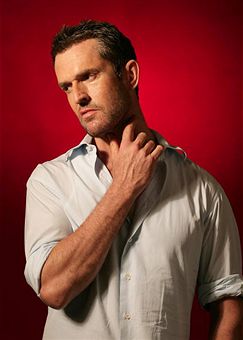 An itch can be caused by something physical or neurological. An itch can come on by skin irritation or as a symptom of another disease. Just thinking about itching can make a person want to scratch themselves. Itching can come on without any symptom at all when the skin is irritated. Itching can also be associated with dry skin, bumps, spots, blisters, or redness.

On a human, there are many small insects that can be the cause itching, whether by the presence of the insect or by its bite or sting. These include:

Other things that cause itching include:

For the most part, avoid scratching. Long term scratching can lead to a condition called neurodermatitis. Neurodermatitis is characterized by thick, leathery skin. Scratching can also cause bacterial infections and permanent changes in skin color or even scaring.

Since itching is such a common problem, and is usually not serious, there are many remedies that can be done at home to soothe the itch. Some of these remedies are:

– Baking Soda. Baking soda can be used many different ways to relieve itches. One cup of baking soda can be added to a bath to soothe all over itches or itches that are hard to reach. A baking soda paste can also be made out of one part water and three parts baking soda. This paste is applied directly to the skin, but shouldn’t be used if the skin is broken.

Over the counter and store bought remedies for itching

Most over the counter medications for itching fall into two categories. They are either oral antihistamines or corticosteroid creams. Here is a list of some of the popular over the counter solutions.

There are many Benadryl products that can stop itching. Benadryl produces an anti itch cream that can be applied right onto the itch. It should not be used for chicken pox, measles, or on a large area of the body. Some people experience skin irritation when using the Benadryl cream. If an allergy or hives is what caused the itching, an oral Benadryl product can work to stop the itch.

Benadryl is an antihistamine. Histamines are what the body produces during an allergic reaction. Histamines cause swelling and sometimes itching. Benadryl blocks the histamines. Oral Benadryl has many side effects. Some of them include: tiredness, dizziness, coordination problems, heartburn, and thickening of bronchial secretions. All Benadryl products are available in most grocery or drug stores for under $15.

If itching doesn’t improve in about two weeks, it is time to see a doctor. It is also good to seek medical attention if the itching is so severe that it distracts you from day-to-day activities. Unexplained itching or itches that include the entire body, or if the itch has other symptoms with it are also reasons to see a doctor.

If the doctor finds an underlying cause for the itching, he or she will treat that cause. When the cause is treating, the itching will go away. There are other ways that doctors may suggest treating itching. They include: