Poison ivy is notorious for causing skin irritation and rashes. When this happens, it is called allergic contact dermatitis. A person will generally experience this because poison ivy has an irritant in it that humans are sensitive to, and it is also found in other kinds of toxic plants, such as poison sumac or poison oak. The irritant that is present in these toxic plants is an oily kind of resin that is called urushiol. This is what causes rashes and irritates the skin in the process. 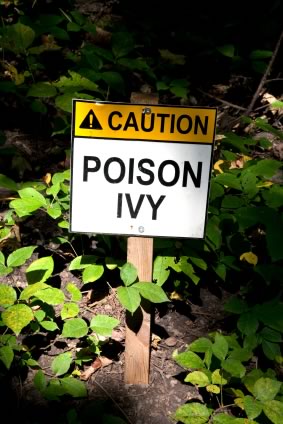 Though a person will certainly be bothered with the itchiness that occurs from a rash from poison ivy, there is the peace of mind that a rash from poison ivy, poison sumac or poison oak is really never very serious. There are several methods that can be done at home to relieve the symptoms of the dermatitis until it goes away on its own.

A person should suspect that poison ivy is to blame if any of the following symptoms are present:

Due to the way that a plant generally brushes against a person’s skin, the rash will probably appear to be in a straight line. However, it is possible for the rash to be more widespread if a person brushes against any kind of pet fur or clothing that happens to have urushiol coated on it.

After coming into contact with urushiol, a reaction will develop about 48 hours later, at the most. It has the potential to last upwards of two months, depending. How severe the dermatitis rash is ultimately depends on how much urushiol was involved in the contact.

In cases with more severity involved, there may be other rashes that appear a few days after a person was first exposed to the resin, and it will probably look as if though it is beginning to spread. However, this is probably not the case; it is more probable that the skin simply absorbed the resin at a stranger rate than normal.

The skin will not be affected unless it comes in direct contact with urushiol from the plant. If a person scratches the blisters and they pop, the rash will not spread from touching the fluid. However, if they are dirty fingernails with germs underneath, there is the risk of another bacterial infection.

If any of the following instances occur, it is recommended to see a medical professional for assistance:

The three main causes of developing a dermatitis rash and the itchiness that follows include poison ivy, poison oak, as well as poison sumac.

No matter what the plant, urushiol, the oily resin, is the cause of irritation in all of them. Even if the smallest amount of the resin touches the skin, it may cause a reaction. This is due to the fact that the resin does not dry and is a very sticky substance, meaning that it has no difficulty affixing itself to pet fur, tools, skin, equipment or clothing.

It is possible to get a poison ivy rash from any of the following instances:

When a person gets a rash from poison ivy, it is not contagious in itself. This is because the blister fluid does not have the resin and it will not cause a rash to spread. Likewise, one person cannot contract a rash from an infected person unless that person has resin remaining on their clothing and the first person comes into direct contact with it.

If a person has dirty fingernails and scratches a blistering rash from poison ivy, it can cause a bacterial infection to develop. If this occurs, it may result in the blisters oozing pus. It is necessary to see a medical professional in the event that this occurs, since treatment for such an infection will normally involve antibiotics.

Preparing for an Appointment

In the event that a rash results from poison ivy, there will probably be no need to see a medical professional for any kind of treatment. However, if the rash remains after several weeks or there seems to be pus coming out from the blisters, then an infected person will benefit from a trip to the doctor. It is possible that a person may be redirected to a dermatologist, whose specialties lie with disorders of the skin, but try the primary physician first. 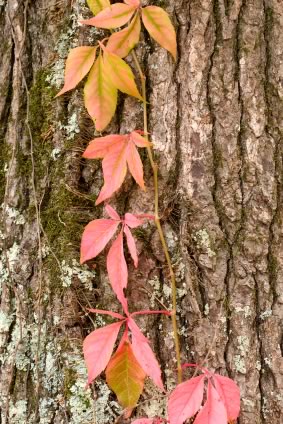 Appointments have a tendency to be brief due to time constraints, and there is plenty of ground to cover, so it is wise to make sure that all preparations are made beforehand. This section intends to showcase some of the best ways for a person to be fully prepared for their time spent at the doctor’s office, as well as what they can come to expect from the visit.

The time spent at the appointment will be limited, so it is best to prepare some questions in advance to reserve time to cover other points. For a patient suffering from a poison ivy rash, some of these questions may be beneficial to ask:

The doctor will probably also have a few questions to ask, as well, such as:

What to Do in the Meantime
Poison ivy rashes will go away in time. However, it can be difficult trying to deal with the itching. Some of the following steps can be done to help alleviate the problem:

More often than not, a rash from poison ivy does not require any further medical assistance. However, in the event that an appointment is made, the doctor will be able to make a diagnosis simply from looking at the rash. There is no need to perform any additional tests.

Most treatments for poison ivy involve methods to perform at home, with the rash giving away and disappearing within two to four weeks. During that time period, it is possible to use different remedies to help relieve the itching and other symptoms. These may include oatmeal baths, cool compresses and some anti-itch over the counter medications.

Prednisone or some other oral corticosteroid may be prescribed by a doctor in the event that many blisters appear or the rash is wide in location. Other treatments may include an oral antibiotic prescriptions in the event that the site of the rash develops some kind of bacterial infection.

After a rash has come to fruition, some of the following remedies have been known to alleviate the swelling and the itching:

Outside of the measures that can be done at home, such as taking a bath with some oatmeal, there are other methods that people tend to seek out in order to relieve their symptoms that arise due to coming into contact with sumac, ivy or oak. Some attempted medicine includes:

Many people remember the phrase “leaves of three, let them be,” and it is good that they remember such a thing. This is because many toxic plants, poison ivy included, have a triplet of leaflets on each of their stems, and avoiding contact with them is the best way that a person can prevent from catching an allergic reaction.

There is plenty of advice to follow with regards to avoid rashes: