Polycystic ovarian syndrome (PCOS) is the most common hormonal disorder among women of reproductive age and is named for the appearance of the ovaries in this syndrome. Polycystic means many cysts and the ovaries of women with this disorder appear enlarged and contain a populous amount of small cysts on the outer edge of each ovary. Polycystic Ovarian Syndrome is also known as Polycystic Ovary Syndrome and Stein-Leventhal Syndrome.

Polycystic Ovarian Syndrome is a systemic endocrine and metabolic disorder, which normally develops in women between puberty and the onset of menstruation through the mid-20s. PCOS can be a misleading term, since most people believe the syndrome is only an ovarian disease. It is a combination of disorders and there is no universal definition of the syndrome. 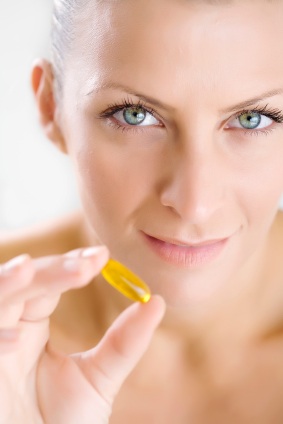 Subset criteria that must be met for PCOS to be determined as a cause of a woman’s medical condition is the patient must have evidence of increased androgen, a male hormone, production in the body. Interestingly, women with PCOS show a marked insulin resistance with elevated serum insulin levels – hyperinsulinemia.

Overweight women, even with evidence of increased androgen production, do not usually have hyperinsulinemia if they have regular ovulatory menstrual cycles.

Worldwide statistics show that PCOS affects six to ten percent of all women. While it is not known to be hereditary, it is true that women in the same family will have a higher incidence of the disorder. Recent studies show that it is possibly a genetic abnormality that causes the insulin resistance, overproduction of androgen and lack of ovulation.

Women who suffer from Polycystic Ovarian Syndrome are likely to exhibit telltale symptoms of the disorder. Symptoms may be mild in the beginning stages of the syndrome and increase in severity as a woman ages. The only clear symptom of PCOS is the complete or almost complete lack of ovulation. Researchers and endocrinologists believe that women who suffer other symptoms and still maintain an ovulation cycle actually belong to a subset of the disorder.

Women with PCOS have irregular or missed periods. These women may have as few as six to nine periods per year. The periods themselves may be accompanied by heavy bleeding, pain and severe cramping.

Women with PCOS have little to no ovulation although they commonly have menstrual periods.

Fertility problems are a tremendous factor for women with PCOS. The infertility rate with polycystic ovaries is very high. The women usually will have great difficulty getting pregnant and usually require treatment to improve chances for pregnancy. The treatments can vary in scope but are costly. Some women with polycystic ovary syndrome will ovulate (release a mature egg) occasionally, others do not ever ovulate. In order to conceive, sperm must find and fertilize a mature egg. so the woman needs to ovulate.

Hursutism is excess body hair in abnormal locations or amounts. Women may experience increased hair growth of the chin, breast, abdomen, chest and back. The hair may be thicker or coarser than normal. Hair growth is normal for all women in these areas but women with PCOS have noticeable or thick hair. It is caused by the overproduction of androgen.

Obesity and inability to lose weight

Normally, food is absorbed into the bloodstream in the form of sugars such as glucose. Whenever there is an increase in sugar, the pancreas (an organ located behind the stomach) increases the secretion of a hormone known as insulin. Insulin attaches itself to cells, converting the extra sugar into energy. Insulin resistance means the cells have a sluggish response to the action of the insulin. The pancreas then secretes more insulin as compensation. Over time insulin resistance may lead to high sugar levels or diabetes.

In women with PCOS, androgen levels are often elevated. Production of a metabolite of testosterone rises, leading to an increase in oil production. Excessive oil production is the leading cause of acne.

Alopecia is a condition of thinning hair on the scalp.

Women with PCOS suffer a greater degree and severity of clinical depression.

Untreated PCOS may lead to type-2 diabetes, heart disease and stroke. In reproduction, it causes a higher degree of spontaneous abortion in women who do conceive and a higher risk of ovarian cancer. Women with PCOS can suffer severe depression or mood swings.

PCOS can be helped by both western and eastern philosophies of medicine. Aromatherapy, acupuncture, and vitamin therapy have all had some success in treating the symptoms of Polycystic Ovarian Syndrome.

While aromatherapy is not a cure, it can help lessen the severity and duration of some symptoms.

Aromatherapy is the process of pressing plants for its true essence, which is then used in combination with other oils and lotions for different conditions and ailments. Aromatherapy can be used to help restore the hormonal balance in women with PCOS. It is also known to aid relaxation, release emotional stress and elevate the mood.

When using aromatic oils, it is either rubbed into the skin, inhaled through the nose or used in massage or a bath. Aromatic oils work by stimulating the sense of smell and affecting the part of the brain associated with mood swings, self-esteem levels and instinctive behavior.

An effective aromatherapy mixture is a balance of jasmine, geranium and clary sage in an oil or lotion base. Two drops of both jasmine and geranium with an additional 3 drops of clary sage to 20ml of base lotion or oil will suffice. On the other hand, you can mix the three oils in a small container and inhale them directly. These aromatherapy oils cannot be directly applied to the skin because of their potency. Use the combination as frequently as needed.

Traditional acupuncture has also shown promising results in regulating periods in women with polycystic ovarian syndrome. The success rate of regulating periods was an impressive 83%. Acupuncture may also help in losing weight, eliminating headaches and achieving a calmer state of mind.

Cinnamon bark is believed to help the digestive tract, alleviating symptoms such as nausea or vomiting, diarrhea and menstrual cramps. Dried cinnamon bark is a natural pain reliever and is considered a stabilizer in blood stasis, leading to menstrual periods that are more normal. The properties of cinnamon bark support insulin production and enhance the body’s ability to absorb sugar.

In a study by the Mayo Clinic, fish oil contains essential fatty acids needed to regulate hormone levels to an efficient standard of production.

Vitamin B and Folic Acid

These two B vitamins are thought to help control body weight. It can also help metabolize glucose in the body. Research shows that vitamin B can help stimulate scalp hair growth.

Because of the heavy menstruation cycle of women with PCOS, anemia is a distinct possibility. A normal daily dose of a multivitamin provides the necessary iron, which should be taken with calcium to improve absorption.

When to See the Doctor

If an individual suspects she has Polycystic Ovanrian Syndrome, it is wise to diagnosis and treat the condition as soon as possible.

After the doctor is apprised of the symptoms, he will do a physical exam to look for the signs of PCOS, and check weight, height and body mass index (BMI). The doctor will take a complete history regarding menstrual cycles, periods and past health. Then there will be a series of blood tests run to determine blood sugar, insulin levels, and hormone levels. Additional hormonal tests will be added to rule out thyroid and other glandular issues that could cause similar symptoms.

Some doctors will conduct an ultrasound to detect the presence of cysts on the ovaries, looking for the standard signs of PCOS.

Recommended treatments for PCOS are usually consist of a heavy emphasis on lifestyle changes, although, hormonal medications may be prescribed. Diabetes protocol may be initiated if the patient proves to be positive for diabetes. Birth control pills may be added to help regulate menstrual cycles and alleviate excessive hair growth and acne. Infertility drugs may be used for those women trying to conceive.

For many women, infertility is the most heartbreaking result of PCOS. However, there have been great strides in the medical profession to help women achieve a cycle of ovulation and increase their chances of becoming pregnant. 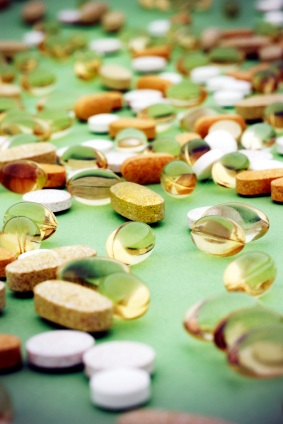 A common approach is ovulation induction, which is the use of medication to stimulate production of mature follicles.

These follicles are the breeding ground of the embryonic egg. This method is helpful to women who do not regularly develop the mature follicles on their own. Other more expensive methods such as ovarian stimulation and intrauterine insemination can be tried if ovulation induction does not succeed.

The cost of treating PCOS will vary a great deal depending on the patient. A mild case of PCOS may require limited medications and doctor visits, while other patients may incur huge bills when struggling with infertility.

There are many steps an individual can take to ease and help the symptoms of PCOS.

Polycystic Ovarian Syndrome has no known cure. Even the origin of the syndrome remains murky in the light of medical research. However, with smart lifestyle changes and medical advances in the study of this syndrome, today’s woman with PCOS can lead a healthy, happy, stable life.