Rheumatism, also referred to as rheumatic disorder, involves various medical problems that affect the joints and connective tissue within the body. Any study of the disorder and the treatments of it is called rheumatology.

Rheumatism isn’t typically used to name any specific disorder, as the traditional term is used to describe a wide range of various medical problems. There are various types and there are various intentions for the term. For instance, while some link arthritis to rheumatism, there can be non-articular rheumatism that is called regional pain syndrome and soft tissue rheumatism with no link to arthritis.

Together, rheumatism and arthritis can be used to describe up to 200 different disorders and conditions.

Various types of rheumatic disorders include

There are also forms of rheumatism that can occur do to repeating the same motion for a long period of time. This can cause disorders like Carpal Tunnel Syndrome which is identified as non-articular rheumatism.

This can be caused by poor typing posture as well as any positions or activities in which there will be repeated motion.

Temporamandibular Joint Syndrome, or TMJ, is another type of non-articular rheumatism that can affect the joints within the jaws. This can cause the jaw to be stuck open or shut, or even cause a painful pop and click whenever the jaw is moved.

The most common symptoms of rheumatism are

When acute rheumatism disorders are onset, there will be various symptoms of fever and severe soreness and pain. This could erupt unexpectedly and can cause extreme sensitivity.

Rheumatism has been seen to even cause sensitivity from items like clothing and other thin and very light items. If improper treatment is administered or there is no adequate treatment provided, the acute stage can move to chronic, causing severe pain and stiffness within the affected muscles. This pain can be felt within most of the joints, causing swelling and severe soreness.

There can be instances of loss of sleep due to painful nights that inhibit appropriate rest. Improper urination has also been attributed to rheumatism. One of the most severe symptoms includes coma, which is extremely rare and not a common case. The most common cases of rheumatism either involve acute pain that changes in severity over time or the effects of a disease or disorder. 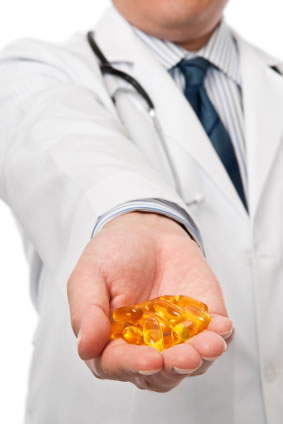 The first step to researching and understanding the cause of some cases of rheumatism, it may be necessary to research the causes of the various diseases that are classified as rheumatism disorders.

There are a variety of conditions that list rheumatism as a potential complication. These conditions could be the root cause of the disorder experienced such as Sydenham chorea.

Some various infections such as intestinal autotoxemia, metabolic disturbance, and arterio-sclerosis can cause rheumatism, typically in the acute and articular types that can be sub-acute.

There have been various risk factors found to cause a significant increase in the likelihood that developing a rheumatic disorder will occur.

These factors include the various diseases and conditions that could cause these disorders including osteoarthritis. This occurs when there is inherited cartilage weakness or there has been excessive stress on joints from a repeated injury or various activities.

Various other disorders include:

There are various preventative measures that can be taken in order to prevent the occurrence of rheumatism. These tips are great at avoiding and preventing the various disorders and diseases, as well as deficiencies that could have an influence in causing rheumatic disorders.

These preventative measures can increase the body’s strength, immunity, and defense against various disorders and diseases that are known to cause rheumatism.

Testing and diagnosing rheumatism is very difficult as it can present various other diseases and disorders. It can be difficult in pinpointing rheumatism as an actual affliction, and many of the various disorders resemble other disorders. Many times a physician will refer the patient to a rheumatologist who can provide the most comprehensive analysis and treatment options.

A rheumatologist will typically review a great deal of the patient’s background, including any family history as well as a physical examination and an X-ray in some cases. The X-ray is more of a deductive measure that allows the health care professional to rule out any fractures or breaks when determining the cause for the pain and other symptoms. There are also various laboratory tests that may be conducted in order to provide a better insight into the condition at hand.

There may be several visits and tests needed before an accurate diagnosis is provided. This is because there will be a great deal of deductive evaluation to rule out various disorders and diseases that could be the true condition. The genetic history can be a strong indicator of the condition, providing a great basis for diagnosis. Individuals afflicted with conditions that are known to cause rheumatic disorders are also need to know information when diagnosing the condition.

There are various types of therapies that include

There are several herbal and home remedies that are suggested for alleviating rheumatism symptoms and treating the condition. There are many household items and products that are useful and can provide a cost-efficient way of treating the affliction.

Some of the herbal and home remedies can create a great compress, while others provide a nutritional or consumed supplement that will provide support for the functions and defenses needed to combat rheumatism and its symptoms.

Massage with ajwain oil is highly recommended as it can decrease swelling and pain in joints, while tomato juice is a great and beneficial common drink that can cure rheumatism. This is one of the most beneficial treatments as tomatoes provide a support in absorbing iron in the blood.

The most common herbal remedies include the consumption of tea from alfalfa leaves which can safely be consumed up to six times a day. This is a great herbal tea for assisting in the dissolution of residues that have been left in the body. Indian gooseberry, most commonly in powder form and served with two tsp of jaggery. Winter cherry is another herb that is quite effective when the extract from the root is used in treatment for rheumatism. Pulp from Indian aloe leaves can provide great treatment and relief of the condition as well.

The initial step taken to treat rheumatologic diseases is to use analgesics including paracetamol, as well as NSAIDS including

There are many more medications that can be targeted more aggressively by these DMARDs. Generally, there is a combination of NSAIDs and DMRARDs allowing pain relief until the DMARDs are able to take effect.

There are gastrointestinal disturbances that have been linked to the use of NSAIDs, including ulcers and other gastrointestinal disorders. NSAIDs have also been shown to impair renal function in various patients leading to the retention of salts, development of edema, and high blood pressure.

The most common side effects include

There are some cases when treatment is not received well by the condition and surgery becomes an option for those who are seeking to treat rheumatism. There can be various types of surgeries, typically associated with the type of disorder that is present and the severity of such, as well as the location and the impairment. These surgeries could include re-strengthening bones and repairing fractures as well as removing diseased tissue and muscle.

Rheumatism is a more difficult condition as it is very broad and general and can explain several different disorders and conditions that cause chronic pain and debilitation such as immobility and stiffness. There are many people plagued with one rheumatic disorder or the other, as it is a very common condition that can be signified by several different indicating symptoms that can also resemble other diseases and disorders. The actual testing and diagnosis of rheumatism is very difficult and will involve a very deductive nature, seeking to rule out possible conditions that could be the actual cause of the pain and other symptoms

With many treatments, there is mainly a combination of analgesic medications accompanying the effective treatment with DMARDS and other effective therapies. The best way to prevent rheumatism is to follow the practices necessary to avoid various related disorders and the diseases and ailments that list rheumatism as a complication associated.