Bronchitis is a disease that is characterized by a severe inflammation of the main air passages that stem from the lungs. There are two different types of bronchitis, one being acute (short-lived) and the other lasting a long time and often reoccurring or chronic. 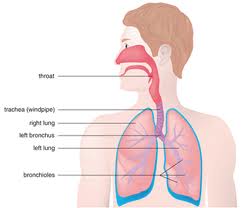 Other names for bronchitis include Acute Bronchitis, Chronic Bronchitis, and Industrial Bronchitis. These are all distinct forms of bronchitis and are treated differently and caused by different circumstances.

High fevers may also accompany the bronchitis virus and can reach up to 101 to 102 degrees Fahrenheit. While a high fever may be present, it is not always a sign of bronchitis. Fevers can cause the body to feel tired throughout the day. Another common symptom of acute bronchitis is a feeling of tightness, pain, or burning throughout the chest region. This pain may become worse when the patient coughs or takes a deep breath.

It can be difficult to tell the difference between the symptoms that are associated with acute bronchitis and other diseases such as pneumonia and asthma.

While bronchitis may not be considered a serious illness, pneumonia and asthma can be deadly. For this reason, it is important to see a physician who can properly diagnose these symptoms as being either acute bronchitis or some other illness. If you or a family member is experiencing more than one of these systems it is important to receive proper medical care.

Most forms of acute bronchitis is caused by an infection of the epithelium of the bronchi due to exposure to a virus. A common form of the bronchitis virus that affects infants is known as Respiratory Syncytial Viruses, or RSV.
Bronchitis is contagious and parents are advised to keep their children indoors and home from school until the virus is destroyed. This act will protect other children from being exposed to the highly contagious bronchitis virus.

Bacteria and chemicals are also known causes of bronchitis. Bronchitis most often occurs during flu and cold season due to the environment which allows bronchitis viruses to survive. 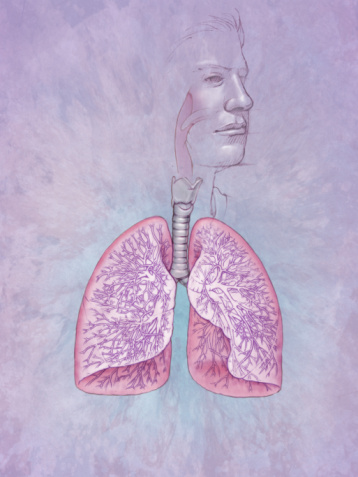 Because smoking is one of the leading causes of bronchitis, people who smoke or chew tobacco are at the greatest risk.

People who have a history of asthmatic and other respiratory problems are also at a higher risk of bronchitis.

Elderly people, infants, and small children tend to be at a much higher risk for acute bronchitis than young adults and teenagers.

This trend is due to the weaker immune systems of people within the more susceptible age groups.

Chronic bronchitis is not typically found in young children, but is most common in adults over the age of 45.

Women have been shown to be at a much higher risk for chronic bronchitis than men.

Women account for over two times as many chronic bronchitis cases than men.

Existing lung diseases greatly increase the risk of a person to catch the bronchitis virus. These lung diseases can include conditions such as asthma and trouble breathing.

Factory employees who work closely with dangerous chemicals, asbestos, carbon dioxide, dusts and other harmful substances are also at an increased risk of attracting the industrial bronchitis virus. Industrial bronchitis is also more prevalent in large cities where air pollution, allergies, and infections are more common.

Environment and lifestyle tend to be the greatest causes of bronchitis. For this reason, there are many preventative measures that can be taken to protect ourselves against the viral disease.

The following are a few suggestions to prevent bronchitis

Tests and Diagnosis Considerations for Bronchitis

Most family and general practitioners will have the machines necessary in order to determine if you are infected with the bronchitis virus. If they are unable to determine the cause of the symptoms, he or she may refer you to a pulmonologist for further diagnosis.

There are a few tests that a physician will perform in order to determine if you have bronchitis. Most doctors will assume that if there is not a cough associated with the sickness that bronchitis is not the issue. However, they may deem it necessary to perform the tests even without the accompaniment of a cough.

The first test most physicians will perform is to listen for wheezing and other sounds within your lungs that are not normal. This is done using a standard stethoscope, similar to those used to hear a heart beat.

There are several methods of treating bronchitis at home, but if the symptoms do not subside within a few days it should be recommended to visit with a physician. One of the most common ways to recover from bronchitis is to drink lots of hot fluids, such as herbal teas, to wash away and clean out the infected mucus. Many vegetables such as peppers and onions have anti-pyretic and expectorant properties which are effective in combating fevers and other symptoms of bronchitis.

Herbal supplements such as Echinacea and astragalus are commonly known to be antivirals, meaning they can fight existing viruses within the body and also protect against unwanted viruses. Other herbs such as pau d’arco, reishi, and maitake mushrooms are also taken in addition to other herbs to combat acute and chronic bronchitis.
Vitamins are among the most important supplements in warding off the bronchitis virus. Vitamin C is an especially effective antiviral. Antioxidants, Vitamin A, and flavonoids are also vital to the bodies antiviral immune system.

Because most of these herbs and vitamins are natural, there are no significant risks associated with them.

Antibiotics are typically used to kill or stop the growth of a dangerous type of bacteria. They are only taken if the patient has no other significant health problems. For acute bronchitis, most scientists recommend that antibiotics are not take.

Acute bronchitis patients are typically told to get plenty of rest and drink lots of fluids. This process will typically kill the virus or flush it out of the body’s system. However, if the bronchitis becomes chronic or is causes by industrial activities such as gas or chemicals, antibiotics can be prescribed in order to prevent other disease, such as lung disease, from becoming present.

Although prescription drugs have not been proven to significantly help in the fight against bronchitis, your doctor may prescribe a type of medicine called a bronchodilator. The purpose of this treatment is to dilate the patients airways and allow the lungs to transport air more easily.

A bronchodilator is not taken as a pill or liquid drug, but is rather inhaled through a machine. The inhaler is similar to those used by people with sever asthma.
If chronic bronchitis does not subside within a few months, your physician may require that you take steroids. Though steroids prevent some slight health hazards, they will allow your body’s immune system to get the nourishment it needs and hopefully kill off the bronchitis virus.

There is no known surgical operation that successfully treats bronchitis. However, if you happen to be preparing for some other type of surgery and experience symptoms of bronchitis it is important to alert your surgeon. Bronchitis patients have been known to react poorly to surgical anesthetics.