Valerian, also known as Valerian root, garden valerian, tobacco root, garden helotripe, all-heal, and setewale capon’s tale, is a perennial herb that can reach a height of over 4 feet and blooms every summer. The flowers of the valerian plant have a very potent smell, often described as smelling like aged cheese, spoiled milk, or old socks. The valerian plant is native to Europe, southern Africa, and northern Asia. Though not native to North America, valerian is grown and harvested for its many healthy benefits.
Valerian has a massive root system, a short rhizome (or underground stems), which contains valerian’s medicinal properties, bears pinnate leaves, and produces pink flower heads. Most valerian plants prefer rich, heavy loam with adequate moisture. In recent times, however, valerian has become a commercially farmed product and no longer requires a damp, rich environment in order to grow. The root and rhizome of valerian is ground and used for treating a wide variety of medical conditions, including insomnia, depression, pain, and stress-related digestive disorders. 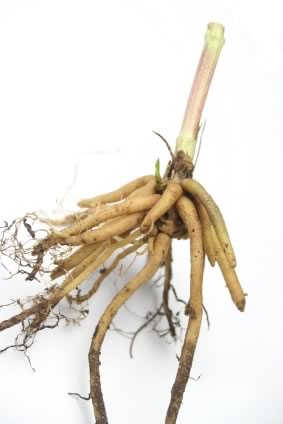 Valerian derives its name from the Latin word “valere” meaning to make strong; the Roman emperor Valerianus and several saints take their name from this Latin derivative. An additional translation of valerian is “to be in good health.” Used since the time of the ancient Egyptians, valerian was so revered for its medicinal benefits that it was referred to as the all-heal. Tenth century Arab apothecaries in Spain, Africa, and the Middle East combined valerian root with many other herbs and plants to cure pain, induce sleep, and as a general cure.

The use of valerian became widely popularized during medieval times. During World War I and II, valerian root was used in many European hospitals and medical units in treating stress caused by air raids. Valerian root continues to be popular in Chinese medicine. Used for over 2,000 years, valerian has been vital to Chinese medicine because of its pain relieving and calming abilities. Today valerian is a common supplement used to treat a myriad of ailments. It is easily found in groceries, pharmacies, and health food stores.

It is rumored that valerian is spikenard, which is referred to in the Bible. Spikenard was referenced in the parable of when Christ’s feet were washed by Mary Magdalene.

Valerian also appears in many Hindu legends. The most common is the story of a newly married man planting valerian outside of his home for his bride as a symbol of his safe return. Years passed and the valerian flourished. Finally, the man returned home and his bride welcomed him warmly, knowing he was safe because the valerian had remained alive and beautiful.

Chaucer describes valerian as setewale in the Canterbury Tales. Setewale is used as a seasoning to a broth the cook prepares.

Many people believe that valerian will act as a repellant for unfriendly dogs. Centuries ago, gypsies would prepare and sell mixtures containing valerian to protect against unfriendly animals.

It is said that in the second century, Greek physician Galen would give people dried valerian root as a cure for insomnia and restlessness.

Best known for its tranquilizer and calmative effects, valerian is a popular sleep aid and treatment for anxiety and depression. Valerian has also been used in connection with menstrual cramps, muscle spasms, headaches, stress, nervous restlessness, and stress-related digestive disorders. Valerian has even been used as a natural treatment for ADHD in children and adults.

With no addictive properties, valerian is a safe alternative to calming drugs such as Valium. Scientific studies have shown that valerian works to promote relaxation by working with the nervous system to calm the brain and relax tensed muscles. This allows for sleep, reduced stress, muscle pains and cramps, and calms the body.

Valerian is effective in relaxing the muscles of the digestive tract, relieving many of the symptoms of stress-related digestive disorders like irritable bowel syndrome.

Working to relax the body, valerian has been shown to relieve pain. It is especially effective in the treatment of migraines, arthritis, and muscle pain. Nervous conditions such as epilepsy, multiple sclerosis, sciatica, and peripheral have all shown positive responses to valerian use.

As a treatment for ADHD in children and adults, valerian has shown some benefits. It works together with the brain to slow down triggers that can cause hyperactivity and help the individual concentrate.

Valerian works to slow the heart, helping to regulate arrhythmias, treat those with tachycardia, and regulate blood pressure. It has also been found to have properties that help prevent blood clotting.

Valerian supplements are very easy to find and rather inexpensive. Most commonly, valerian is found in pill or capsule form but at health food stores it can also be found in teas and liquid droppers. 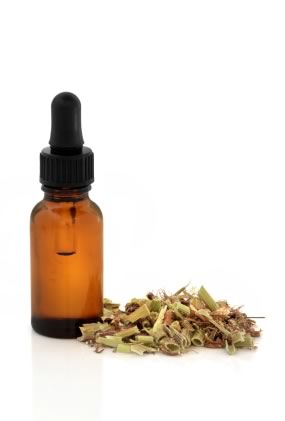 Valerian herbal teas have been used throughout history as a cure for many ailments. These teas contain dried root as well as other herbs such as chamomile or lavender. Unlike valerian pills, teas works almost immediately. Valerian tea should not be made with boiling water, as the temperature of the water may take away some of the medicinal properties of the tea. Use only hot water. Valerian teas are sold at many different health food stores, such as Whole Foods and Trader Joes, and range in price depending on the brand. At most health food stores, Yogi brand bedtime valerian tea sells for $4.99 for a box of 16 tea bags. Websites such as mothernature.com offer a wide variety of valerian teas at fair prices.

This liquid form of valerian can easily be added to food, water, or simply placed on the tongue. Often, veterinarians will prescribe valerian herb droppers for dogs and cats with anxiety. Add a few drops to the pet’s water dish and the valerian will work with the pet’s body to calm and soothe any anxiety. Valerian herb droppers are less common than pills or teas, but can be found in health food stores such as Whole Foods for approximately $9.99 for a 1 ounce bottle. A .25 ounce bottle of valerian can be purchases at www.lifesvigor.com for $5.38.

Always check when taking Valerian supplements that the product contains 0.8 valerenic or valeric acid. There is no scientific evidence indicating a maximum dosage of valerian. For those who suffer from insomnia, valerian supplements range in dosage from 300 to 900 mg. Always try a smaller dosage and then move to a higher dosage if you do not see results.

Try several kinds of tea to find the one that works best with your body. You can even purchase dried valerian root from local health food stores and make your own mixture to treat headaches and menstrual pain. You can use 2 to 3 grams of dried valerian root in tea, up to several times daily. When using valerian herb droppers 1/4 tsp (1 to 2 mL) at a time. Valerian supplements can be taken with or without food. Do not take with caffeine and be sure to drink a full glass of water if taking a valerian pill or capsule.

For most individuals, valerian is a very safe supplement with no side effects. Fresh valerian root typically has no smell but dried valerian root can have a very potent and unpleasant aroma. There have been no documented cases of any drug interaction with valerian supplements. For some individuals, valerian can cause sudden nervousness, racing heart rate, and restlessness. There is some evidence that some cases of prolonged use of valerian resulted in withdrawal symptoms.

As it is a calmative, people who take valerian should not drive, operate heavy machinery, or engage in activity, which requires alertness.

Women who are pregnant or nursing should not take valerian, as the scientific community has not adequately studied its effects on infants and the fetus. Young children should also refrain from taking valerian supplements, as there have not been many studies on its effects.

Valerian root has very few side effects and is proven to help treat insomnia, anxiety, and to calm the body. Because valerian is inexpensive and so accessible, many people can use it as a first line of treatment for their conditions. It does not leave you with a cloudy, foggy feeling when used as a sleep aid and does not contain the potentially harmful side effects of prescription medications.