Vitamin D4 is an ineffective form of Vitamin D. It forms dihydrotachysterol, or Dht (not to be confused with DHT, the hormone treatment).

Vitamin D4 is a form of the D Vitamin group, categorized as fat-soluble secosteroids. The two most commonly used forms of vitamin D for humans are D2 (ergocalciferol) and D3 (cholecalciferol). Vitamin D is found in food and produced by the body after exposure to sunlight (or ultraviolet B light), in the form of D3; it can also be taken in pill form as a supplement.

While categorized as vitamins, the vitamin D group actually circulates the body as a hormone after being synthesized in the kidneys. Technically, despite the name, vitamin D is not a “vitamin” at all and targets close to 10% of the human genome within the body (200 genes). Vitamin D is ingested via supplement or diet, or produced naturally by the skin’s exposure to the sun and ultraviolet B rays.

After being carried from the bloodstream to the liver, vitamin D converts into prohormone calcidiol, and then into the biologically active form of vitamin D, calcitriol. Calcitrol is known to have properties that help boost the immune system, and locally acts as a cytokine. At this point, the vitamin is being circulated as a hormone. The calcitrol in the bloodstream helps to regulate phosphate and calcium, and promotes healthy bone growth.

Deficiency in the D vitamins can lead to brittle bones, poorly formed bones, or weak bones, especially in children who suffer the deficiency during formative years. Rickets, osteomalacia and osteoporosis are diseases known to afflict individuals who are deficient in vitamin D.

All the forms of Vitamin D chemically contain steroids in which one of the bonds in the steroid rings is broken, called secosteroids. Most of the differences between forms result from slight changes in chemical structure; the only difference between D2 and D3 is that of a single versus double bond in the side chains.

For nutrition purposes and medical use in human beings, the forms of Vitamin D in D2 and D3 are the most widely used, with D3 gaining a critical perception as the more potent of the two in recent years. Vitamin D4 is an active metabolite of Vitamin D2.

Vitamin D3 can be produced by humans in their skin photochemically from 7-dehydrocholesterol, which is produced in large quantities by vertebrates. Sunlight is necessary for vertebrates to produce vitamin D3; some studies have shown deficiencies in animals whose habitat has little light, such as mole rats. (The study also showed, however, that the mole rat was less susceptible to aging and maintained healthy vascular function).

Some animals without direct skin exposure to the sun, such as birds, Vitamin D3 is produced by the skin’s natural oils and secreted onto the fur or feathers.

It should be noted that vitamin D2, though available, is not naturally produced by vertebrates. While plants, fungus, and invertebrates produce D2 after exposure to ultraviolet light, little is known about the biological reason behind it.

The three sources of Vitamin D are skin production via exposure to sunlight, through dietary foods, and via supplement.

The best source of Vitamin D is safe, regular exposure to sunlight. Doctors recommend exposing the face and hands to direct sunlight at 10 minutes at a time at least once a day to boost Vitamin D production. Through regular sun exposure (10-15 minutes a day), humans can make their own Vitamin D in the form of D3. People should use caution, however, as sunscreen blocks the production of Vitamin D (since the skin does not get direct exposure to ultraviolet B light). 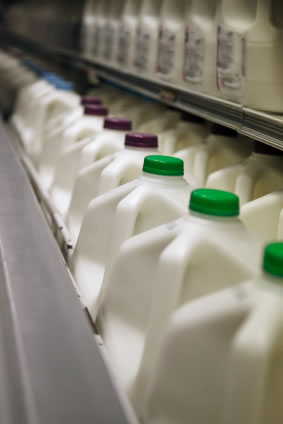 Sun exposure can cause skin care and other issues, so moderation is key. Exposure to sunlight for 20-30 minutes is estimated to result int he production of approximately 10,000 IU of vitamin D, although this will vary based on location, heritage, and other factors. Sunlight is the easiest method to acquire vitamin D; by contrast, a person would have to drink roughly 25 glasses of 8oz milk to get the same 10,000 IU of vitamin D.

The ability for a person to produce vitamin D depends greatly on age, height, weight, geographic location, and genetic background. Those with darker skin will need much longer exposure to generate the same amount of the vitamin; for reasons still largely unknown, persons with darker skin have more difficulty making vitamin D.

For this reason, a supplement via diet or oral pill may be helpful. Those living in regions that experience limited sunlight throughout the year may also need to take an alternate approach. It can be difficult for people to produce enough Vitamin D, but it is a fat soluble vitamin, and caution should be taken not to overdose.

Many cereals, margarine, bread, pastries, milk are fortified with Vitamin D, especially in the United States and Canada. Natural sources of Vitamin D can also be found in oily fish (such as catfish, salmon, tuna, mackerel), eggs, mushrooms, and cod liver oil.

Supplements of Vitamin D are readily available, although individuals should consult with a medical provider to select the correct dosage and type that best suits their needs.

Active metabolites may be required for those with kidney or liver problems; these more active derivatives of Vitamin D are more easily absorbed into the body.

The vitamin D group is often used to promote healthy bone growth, healthy teeth, prevent osteoporosis and other degenerative bone diseases, prevention of rickets, and lately as a possible prevention for cancer.

Recent studies have also shown potential for vitamin D as a potential treatment for high blood pressure, fibromyalgia, multiple sclerosis, diabetes mellitus, and rheumatoid arthritis. Vitamin D stimulates bone growth and helps to establish a healthy mineral metabolism. The use of vitamin D for the treatment of cardiovascular disease has also grown in popularity within the past few decades.

Vitamin D4 is often used for the treatment of postoperative tetany in its chronic, latent, and acute forms. Tetany is a condition which involves the involuntary contraction of muscles due to complications with the body’s ability to absorb calcium, which vitamin D facilitates. Consequently, it is also used to treat idiopathic tetany and hypoparathyroidism.

Recent studies have shown promise for vitamin D as a treatment for cancer due to the ability of vitamin D, when in the form of an active metabolite, to stimulate the growth of white blood cells, the building blocks of the body’s immune system. In 2006, a study found a correlation between cancer and patient’s vitamin D levels.

The study suggested adding an additional 1,000 IU of vitamin D per day could significantly reduce the risk of cancer in individuals, particularly breast cancer, colon cancer, and ovarian cancer. However, a conflicting study conducted by the National Cancer Institute found no link between a cancer patient’s mortality rate and their intake of vitamin D. Ongoing research is being performed to better determine what, if any, use vitamin D can have for cancer treatment.

There have also been conflicting studies on the link between vitamin D and mortality.

Pharmacology and Mechanism of Action

Vitamin D4, or dihydroergocalciferol, effectively synthesizes in the kidneys after passing into the bloodstream and then the liver. It is a more active metabolite of the more mainstream versions of vitamin D. Due to the increased metabolic activity, D4 is often effective in elevating serum calcium due to its ability to stimulate the calcium absorption of the intestines. D4 can also help mobilize bone calcium and functioning renal tissue if parathyroid hormone is absent.

After the 25-hydroxydihydrotachysterol is hydroxylated, it binds to the receptor (which has DNA binding and hormone binding domains) of the vitamin D. This results in an suppression of synthesis for type I collagen as well as an expression of osteocalcin; both are due to the bound form of the receptor of vitamin D serving as a transcription controller for bone matrix proteins.

Subsequently, this helps to stimulate the calcium absorption as described above. Interestingly, several research studies have shown that many (if not all) cells in the body are equipped with vitamin D receptors.

Categorized as fat soluble, Vitamin D is stored in the body, so excess is not flushed out in urine as with water soluble vitamins. As a result, individuals should be very careful to supplement the correct amount of vitamin D into their diets. Hypercalcima, an excess of calcium, can occur when there is an excess of vitamin D in the body. Hypercalcima due to vitamin D can cause kidney pain and kidney stones and result in an over-calcification of bones, heart, soft tissues, and kidneys.

The nomenclature for an excess of vitamin used by the medical community is hypervitaminosis D. The recommended intake of vitamin D daily is 400IU; for an overdose to occur, significantly more vitamin D would have to be ingested.

Overdoses have been recorded at 77,000 IU per day, with 10,000 being the maximum recommended dose. Symptoms of hypervitaminosis include fatigue, dehydration, vomiting, decreased appetite, and irritability. Toxicity is not likely unless specific other medical conditions are present; it is not common.